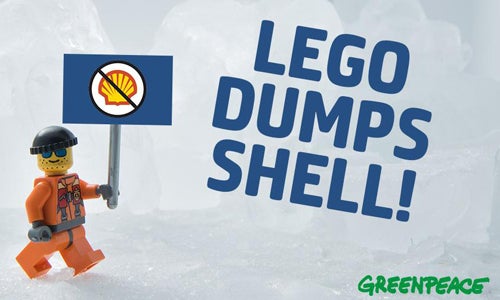 After an intense three-month campaign by Greenpeace that included the most viral video in its history, LEGO announced that it is ending its partnership with Shell Oil Company.

“It’s a massive victory for the million people globally who called on LEGO to stop helping Shell look like a responsible and caring company rather than a driller intent on exploiting the melting Arctic for more oil,” said Greenpeace’s Ian Duff. “To maintain respectability in the face of growing opposition to Arctic drilling, Shell needs to surround itself with decent and much loved brands—museums, art galleries, music festivals, sports events. LEGO’s announcement is an important step towards blowing Shell’s cover.”

Greenpeace targeted the promotional relationship between the Danish toy company and the multinational energy giant due to Shell’s extensive drilling activities in the Arctic, which threaten the area’s ecosystem and fuel climate change. While the company suspended its activities there last year following legal challenges and operational mishaps, it’s said it will resume drilling in 2015. 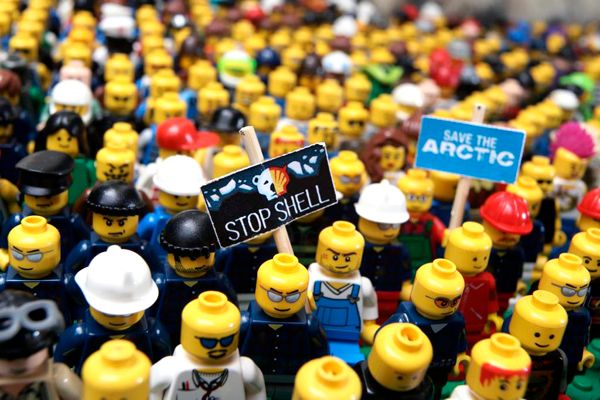 “We are determined to leave a positive impact on society and the planet that children will inherit,” said LEGO CEO Joergen Vig Knudstorp in the statement. Photo credit: Greenpeace

The Greenpeace campaign played on the warm and fuzzy association both children and adults have with the versatile, building-block toys to stage a series of attention-grabbing protests. Its video, “LEGO: Everything Is NOT Awesome,” attracted nearly six million millions views and helped trigger over a million signatures on its petition. Protests also included a “play-in,” where children built Arctic animals out of LEGO at Shell’s London headquarters; worldwide recreations of famous protests made from LEGO; lifesize “LEGO” figures descending on a LEGO store in New york’s Rockefeller Plaza; and tiny LEGO figures taking over a gas station in Denmark.

Early in the campaign, LEGO tried to punt, saying that Greenpeace should be talking instead to Shell about its Arctic drilling instead of LEGO. Yesterday it conceded.

“We are determined to leave a positive impact on society and the planet that children will inherit,” said LEGO CEO Joergen Vig Knudstorp in the statement. “We don’t agree with the tactics used by Greenpeace that may have created the misunderstanding among our stakeholders about the way we operate.”

The marketing partnership between Shell and LEGO goes back to the ’60s. Since 1966, LEGO has sold sets that included Shell gas stations, race cars and tanker trucks, among other items.

“The tide is turning for these fossil fuel dinosaurs that see the melting Arctic as ripe for exploitation rather than protection,” said Duff. “The message should be clear; your outdated, climate wrecking practices are no longer socially acceptable, and you need to keep away from the Arctic or face being ostracized by society.”