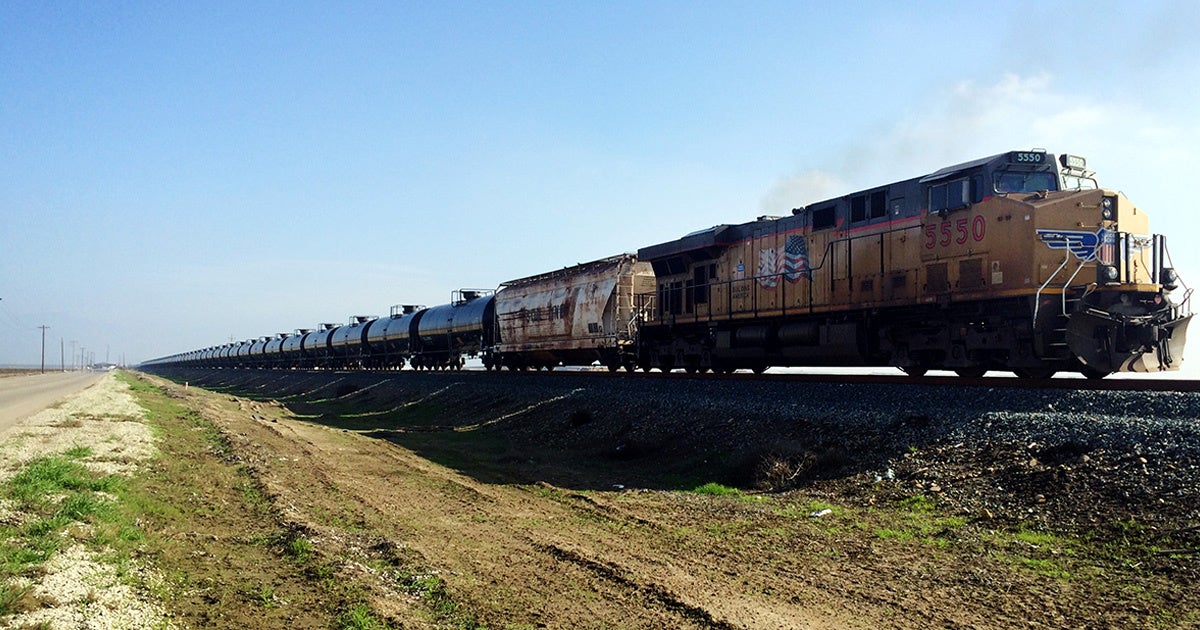 A coalition of concerned citizens, environmental groups, and health and safety advocates successfully challenged the approval of a massive refinery and rail project that will further harm air quality in the San Joaquin Valley and subject residents in several states to the catastrophic risks of a derailment involving scores of tanker cars filled with explosive Bakken crude oil.

The Alon Bakersfield Refinery Crude Flexibility Project, approved by the Kern County Board of Supervisors, would have enabled the refinery to unload crude from more than 200 tanker train cars per day, allowing it to import up to 63.1 million barrels of crude oil per year. A lawsuit filed by Earthjustice on behalf of the Association of Irritated Residents, Center for Biological Diversity and Sierra Club claimed that Kern County’s certification of an environmental impact report (EIR) failed to meet its legal duty to fully assess the project’s risks and disclose them to the public. The court agreed.

Bakken crude emits high levels of volatile organic compound emissions that lead to ozone pollution, which in turn causes respiratory illnesses such as asthma. Already one in six children in the Valley will be diagnosed with asthma before age 18.

The crude oil being transported to the Alon Bakersfield Refinery from the Bakken formation in North Dakota poses a higher risk of explosion in the event of a rail accident than heavier crudes. Kern County’s EIR underestimated the likelihood of release of hazardous materials by rail accident by fivefold. It also wrongly ignored the air pollution from rail transportation. The county’s EIR was set aside requiring a new one to be drafted and certified.

“We have the worst air quality in the nation,” Tom Franz, president of the Association of Irritated Residents, said. “It is not fair for Alon to go through a permit process that did not reveal all of the impacts related to the transportation of crude oil by rail into Kern County.”

“Kern County already boasts some of the worst air quality in the nation. This proposal would have only made it worse,” said Earthjustice Attorney Elizabeth Forsyth. “The People of Kern County deserve better than to have their air further degraded, and to be placed at greater risk of danger and tragedy due to an accident from a dangerous method of crude oil transportation.”

“We’re glad the court saw through the county’s attempt to minimize the incredible risks this crude-by-rail terminal poses to nearby communities, from explosions to hazardous chemical spills,” said Maya Golden-Krasner, a senior attorney with the Center for Biological Diversity.

In 2013, a derailment and subsequent explosion of a train carrying Bakken crude oil in Lac Megantic, Quebec, destroyed much of downtown and killed 47 people.