Victoria Falls Dries Drastically After Worst Drought in a Century 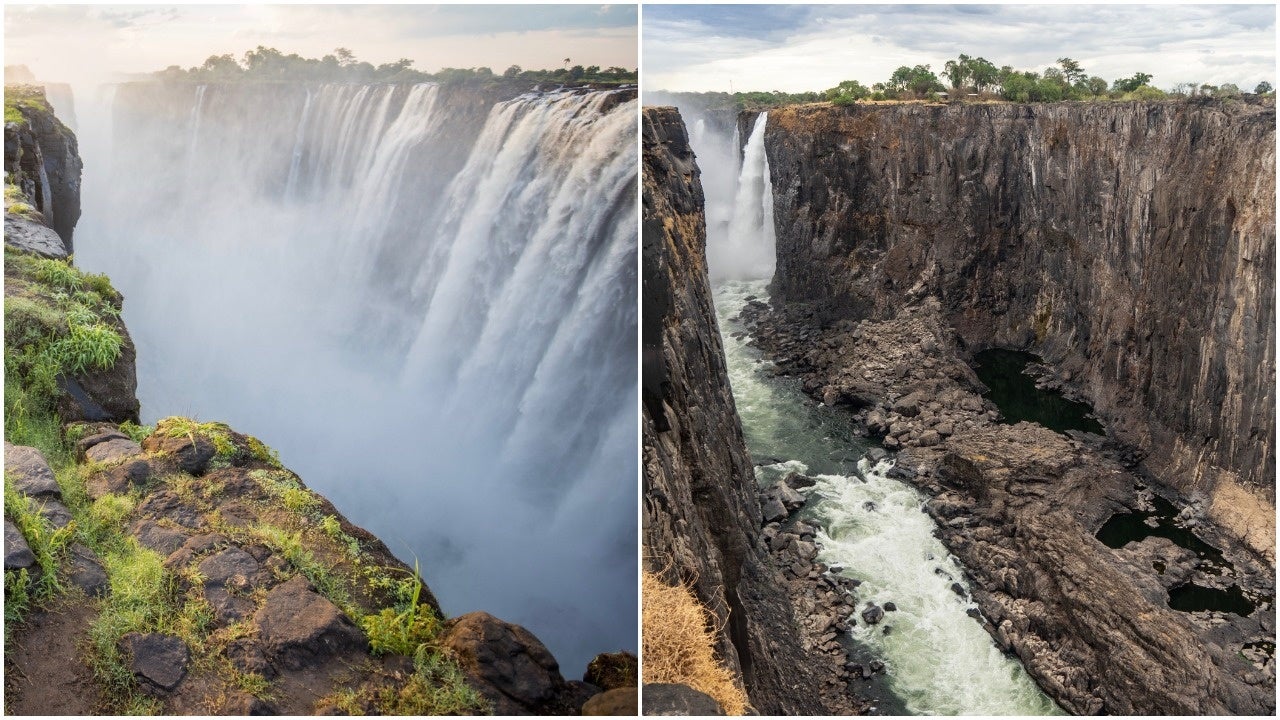 The climate crisis is already threatening the Great Barrier Reef. Now, another of the seven natural wonders of the world may be in its crosshairs — Southern Africa’s iconic Victoria Falls.

The falls are located on the border between Zambia and Zimbabwe. They are also called Mosi-oa-Tunya, which means “the smoke that thunders” in the indigenous Lozi language, according to AccuWeather. But contrasting photographs taken by Reuters in January and December 2019 show how a severe drought has shrunk the falls into something closer to the steam that whispers.

“These pictures of Victoria Falls are a stark reminder of what climate change is doing to our environment and our livelihood,” he wrote at the time. “It is with no doubt that developing countries like Zambia are the most impacted by climate change and the least able to afford its consequences.”

These pictures of the Victoris Falls are a stark reminder of what climate change is doing to our environment and our livelihood.
It is with no doubt that developing countries like #Zambia are the most impacted by climate change and the least able to afford its consequences. pic.twitter.com/a6X0V2TrEQ

The falls usually decline somewhat during the dry season, but the worst drought to bake the region in a century has reduced their water flow to the lowest level in 25 years, Reuters reported. This has led to concerns that the attraction that draws millions of visitors to Zambia and Zimbabwe could dry up all together.

“In previous years, when it gets dry, it’s not to this extent. This (is) our first experience of seeing it like this,” Dominic Nyambe, who sells crafts to tourists on the Zambian side of the falls, told Reuters. “It affects us, because … clients … can see on the Internet (that the falls are low) …. We don’t have so many tourists.”

The dwindling falls isn’t the only way drought has impacted the two countries. Both Zambia and Zimbabwe rely on hydropower from the Kariba Dam, located on the Zambezi River that also feeds the falls. The reduced water flow has led to power cuts. In southern Africa overall, around 45 million people require food aid because of crop failures.

AccuWeather Senior Meteorologist Jim Andrews said that it was unclear if this year’s drought was caused by climate change. And hydrologist Harald Kling, who is an expert on the Zambezi River, cautioned Reuters it isn’t always possible to blame the climate crisis for one dry year.

“If they become more frequent, then you can start saying, ok, this may be climate change,” he said.

But that does seem to be the case for the Zambezi basin. While climate models predicted more droughts for the region, Kling said their recent frequency has still been “surprising.” The last drought was only three years ago.

While this year’s reduced flow is particularly dramatic, Elisha Moyo, Principal Climate Change Researcher at Zimbabwe’s Ministry of Environment, Climate and Tourism, told BBC News in November that lower-flow years were becoming more frequent. This year, the cascade’s average flow has been reduced by nearly 50 percent.

“Who knows maybe one year there will be no falls completely, no water,” Moyo said.