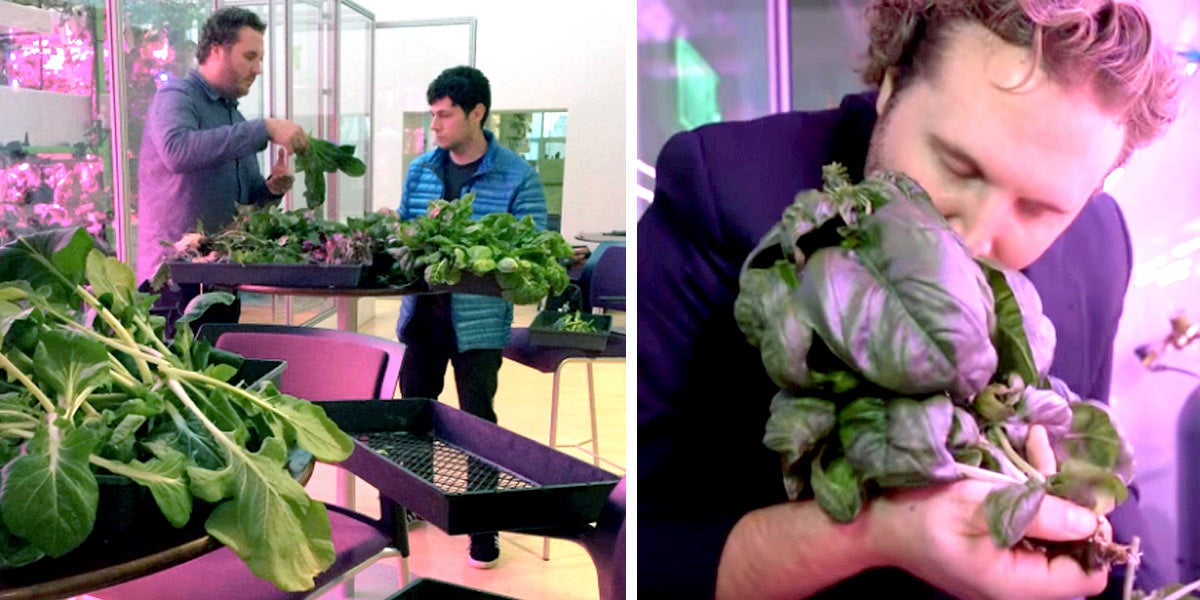 From Philadelphia’s skyscrapers to the Windy City, vertical farms are sprouting in some of the most unlikely spaces. Soon, you might be able to pluck fresh, vertically grown greens right from your local Target.

According to Business Insider, the big box store is kicking off its vertical farming pilot project in a handful of U.S. stores in spring 2017. If the trials are successful, Target stores across the U.S. will likely start selling vertically-grown leafy greens with the possibility of in-house grown potatoes, beetroot, zucchini, peppers and even rare tomatoes down the line.

“People like to say things like, ‘the best strawberries come from Mexico.’ But really, the best strawberries come from the climate in Mexico that creates expressions like sweetness and color that we like,” said Caleb Harper, director of the Open Agriculture initiative at MIT’s Media Lab. “We think there is tremendous opportunity to democratize climate through control-environment agriculture and we look forward to kicking off this work with Target.”

In the video below, Harper gives a tour of his “Food Computer” that creates the perfect climate to grow food.

EcoWatch has mentioned previously how vertical farms are an ideal food security solution, especially with Earth’s rapidly changing climate and growing population. Produce is usually grown indoors with less water and without pesticides. In some of these indoor farms, produce is grown under LED lights that can mimic outdoor growing conditions and help accelerate plant growth. For swelling cities, vertical gardens help meet the demand for healthy food all year round, and usually with less food-miles to get from farm to plate.

“Down the road, it’s something where potentially part of our food supply that we have on our shelves is stuff that we’ve grown ourselves,” Casey Carl, Target’s chief strategy and innovation officer, told Business Insider.

“Vertical farming is genius,” Jasmine Glasheen, publishing editor of Off-Price Retailing Magazine commented on a RetailWire BrainTrust article. “Vertical farms are more resistant to climate changes and storms. Plus, the holistic aesthetic of an organic vertical farm will allow Target to compete for natural foods customers.”

“I like the idea,” added Paula Rosenblum, managing partner at RSR Research. “Even better, if they structurally could support it, would be growing this stuff on the roofs of the stores.”

However, others have commented that this project might be too difficult and expensive to pull off.

“This is not a new idea,” said Mel Kleiman, president of Humetrics. “Fiesta Supermarket built a store in Houston more than 30 years ago with a vertical garden. It looked great, got a lot of attention and cost a lot of money. Five years after they opened that store, the garden was gone.”

“Good for marketing and PR, but the scalability, execution and ultimately the ROI (return on investment) may prove to be a significant challenge,” Peter Sobotta, founder and CEO of Return Logic, wrote. “That said, I like the concept and it is a step in a good direction.”