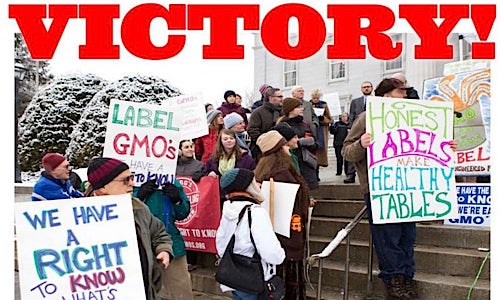 The Vermont Senate today voted 28-2 to approve legislation that would require foods produced using genetic engineering (GE) to be labeled in Vermont. Minor changes made by the Senate must still be approved by the state House, which previously approved the measure (107-37). Pending the governor’s signature, the law would take effect July 1, 2016. 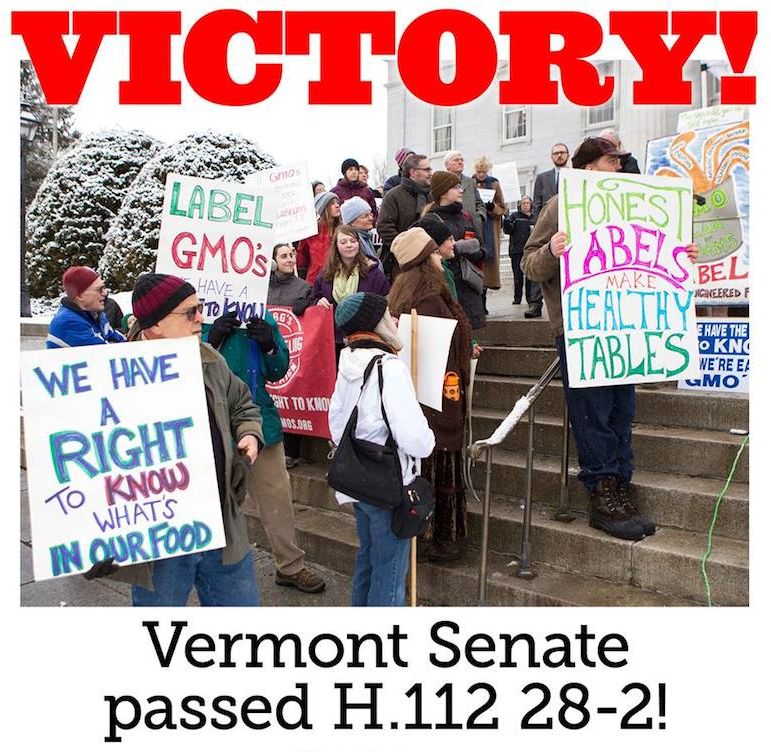 “This is a major victory for the food movement,” said Rebecca Spector, who heads state labeling efforts at Center for Food Safety. “Vermont will be the first state to enact a law to protect consumers’ right to know what is in their food without requiring other states to do so prior to implementation. Nationwide GE labeling is not a question of if; it’s only a question of when. And the answer is soon.”

Unlike other state labeling laws, the Vermont labeling bill (H. 112) is the first bill which will go into effect regardless of actions by other states. Previous GE labeling bills have required that a certain number of states enact similar legislation before they would take effect.

Once signed into law, Vermont’s mandatory labeling policy will likely set the stage for more states to introduce and adopt no strings attached labeling laws.

Center for Food Safety helped draft the legislation in consultation with state representatives and has been at the center of the fight to inform consumers about GE foods for over a decade. Center for Food Safety provided legal testimony before the Vermont Legislature in 2005 and has maintained an active presence in the state, providing resources and expert legal and scientific advice to the citizens and lawmakers of Vermont.

Sixty-four nations including China, South Africa and all countries in the European Union currently require GE foods to be labeled. Rep. DeFazio (D-OR) and Sen. Boxer (D-CA) recently introduced federal legislation that would require nationwide labeling of GE products. That bill has 65 cosponsors.

“Unfortunately, chemical giants like Monsanto and Dow Chemical will not accept the will of the people,” said Colin O’Neil, director of government affairs at Center for Food Safety. “Vermont’s initiative has spurred agrichemical industry lobbyists to push legislation at the national level that would eliminate states’ rights to protect their consumers. We vow to fight them every step of the way and call out industry efforts to keep consumers in the dark.”