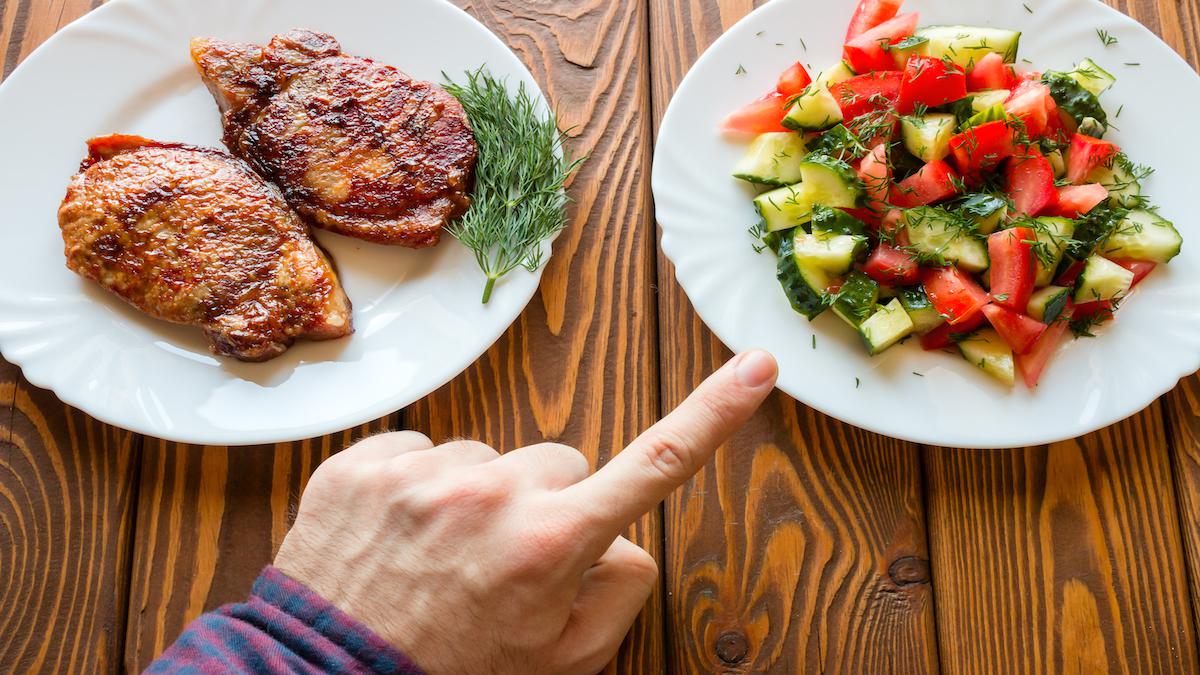 Cutting out meat from one’s diet is a popular option when somebody wants to reduce their carbon footprint. Now, new research finds that vegetarians — who may still consume some animal products, such as cheese or milk — are responsible for significantly less greenhouse gas emissions compared to their meat-eating counterparts.

The study, published in PLOS One, found that people who eat meat produce 59% more emissions compared to those who follow vegetarian diets. To start, the authors evaluated seven references to determine the greenhouse gas emissions of many different foods and to create a detailed algorithm. The algorithm accounted for different aspects of each food, including production, land use, soil, climate, processing, and transport, among other factors.

Study authors interviewed 212 participants — only 7 of which self-identified as vegetarian — about their food habits and used the participants’ food recall logged in a database of over 3,000 foods, called myfood24. The research also relies on the data for over 3,000 generic foods and over 40,000 branded foods. Participants could include their dietary intake information for one to three days, and the study authors created a 24-hour average that accounted for food and portion sizes. The research models were also adjusted to account for recommended nutritional intake, age, and body mass.

The research noted that the mean for emissions from daily dietary intake was 7.4 kg CO2eq/day, which was consistent with findings in similar studies. The largest percentage of dietary-based emissions came from meat at 32%, followed by drinks (including tea and coffee) at 15% and dairy at 14%. The study authors did not find significant differences in emissions based on age or body mass.

“We also show that diets meeting a range of RNIs generally have lower GHG emissions than those not meeting the RNIs [Recommended Nutrient Intakes],” the study said. “For example, diets meeting recommendations for lower saturated fat, lower sodium intake and a larger proportion of total energy intake from carbohydrates, were also lower in meat. Based on our results for the nutrients studied, future efforts to optimise diets for personal and planetary health may result in both nutritional and environmental benefits.”

Further, while meat was the largest producer of greenhouse gas emissions, tea, coffee, dairy, and even confectionary items like cakes and cookies can also contribute to a larger carbon footprint. The authors concluded that emissions can be reduced with policies that focus on nutrient-dense, sustainable and plant-based diets.