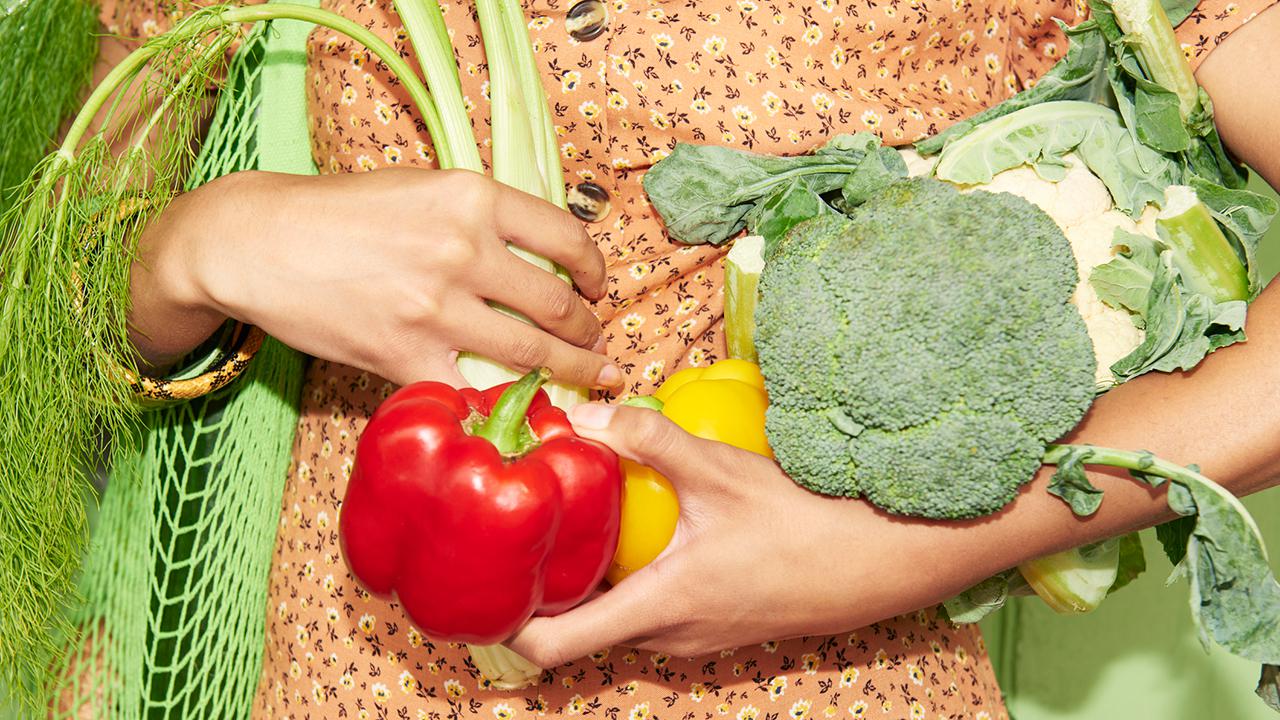 We Are / DigitalVision / Getty Images

Are you looking for a New Year’s Resolution that will be healthy for both you and the planet?

Veganuary is here to support you in trying out a plant-based diet for the first 31 days of 2022, and maybe beyond.

“I think that January is the perfect time to try vegan,” Veganuary U.S. Director Wendy Matthews told EcoWatch. “It’s the time when people make New Year’s resolutions to improve their lives and often their health, it’s a contained period of time so it feels manageable when starting out, but it allows participants to find out more about the impact their food choices have and discover delicious food and recipes and just to realize how surprisingly easy it is to cut out animal products.”

Veganuary is a non-profit organization that launched in the UK in 2014 but has since spread around the world. It encourages participants to take a 31-day pledge to eat a vegan diet during the month of January, and also works with businesses to launch and promote vegan products.

The idea behind Veganuary is to make it as easy as possible to try a plant-based diet. In a recent YouGov survey, 31 percent of U.S. adults said they were interested in trying a vegan diet, but 13 percent were worried they wouldn’t stick with it, 10 percent were worried about cost and nine percent wanted help with recipes, Veganuary told EcoWatch in an email.

Veganuary works to address all of these concerns. If you sign up to take the Veganuary pledge online, you receive the Official Veganuary Starter Kit, daily recipes, nutrition trackers, meal plans, tips on dining out and a 31-day email series. Further, you get a free celebrity e-cookbook featuring recipes from Venus Williams, Jane Goodall, Bryan Adams, Mayim Bialik and others.

The hope is that, if people have a good experience with Veganuary, they will keep up their plant-based habits into the New Year.

“Our goal is to make sure that people have such a positive experience eating vegan in January because of all the great launches that are coming out and the special promotions that businesses offer, that they decide to significantly reduce or even eliminate their consumption of animal products in the long term,” Matthews said.

So far, it looks the organization has been successful in this aim. In 2021, 85 percent of participants said they planned to cut their consumption of animal products in half through the rest of the year, while 40 percent said they would keep up their new diets.

Maggie, a 34-year-old Veganuary participant from New Jersey, said she had a positive experience.

“While participating in Veganuary, I noticed that my energy levels improved and I just felt better overall,” she said. “I felt even better knowing that my food choices were having a lower impact on the climate. I discovered some great new plant-based foods that I have continued to eat year round.”

The climate argument for going vegan is one that the campaign is emphasizing this year, partly in response to November’s COP26 climate conference.

“We felt that COP26 failed to really address animal agriculture’s contribution to the climate crisis,” Matthews said. “And, with the recently leaked IPCC report saying that plant-based diets can reduce emissions by up to 50 percent compared to the average Western diet, there really should have been more focus on this simple solution already available to help halt the climate crisis, which is changing our diets. So we really are leaning into that this year and calling on everyone to cut their carbon footprint by trying vegan this January.”

Overall, there is growing awareness of how animal agriculture contributes to the climate crisis and other environmental problems: It is responsible for 14.5 percent of global greenhouse gas emissions, and the world’s top five meat and dairy companies have a carbon footprint as large as ExxonMobil’s. One study found that embracing a plant-based diet is likely the “single biggest way” that an individual can reduce their impact on the environment.

This isn’t only about reducing greenhouse gas emissions. Avoiding animal products can also lessen your impact on land-use change, water consumption and nutrient pollution, among other things.

A Harvard researcher has calculated that if Veganuary meets its 600,000-participant goal for 2022, that will save

A Movement Whose Time Has Come

Based on previous years, it seems likely that Veganuary can meet its participant goal.

When the movement first launched in the UK, it had only 3,300 sign ups. Since then, its rise has been “meteoric,” Matthews said.

Beyond the UK, it now has fully staffed campaigns in the U.S., Latin America and Germany. It is also launching a staffed campaign in India for the first time this year. However, you don’t have to live in one of these countries to participate. It has partner campaigns all over the world and has received signups from 209 countries and territories so far this year. Last year, more than 582,000 people participated.

“We absolutely expect to crush that record this year,” Matthews said.

The campaign’s spread coincides with a greater environmental awareness and emphasis on plant-based eating. The YouGov survey of U.S. adults found that 30 percent of them had seen their opinions on vegan diets improve in the last two years since Veganuary launched in the country.

Matthews said that Veganuary is both creating and benefiting from this change in attitudes. Its emphasis on promotions and discounts means that some UK businesses have said the month is now a more important part of the retail calendar than Christmas.

“I think Veganuary is a movement whose time has come for certain,” she said.