5 Tips for a Tasty Vegan Thanksgiving 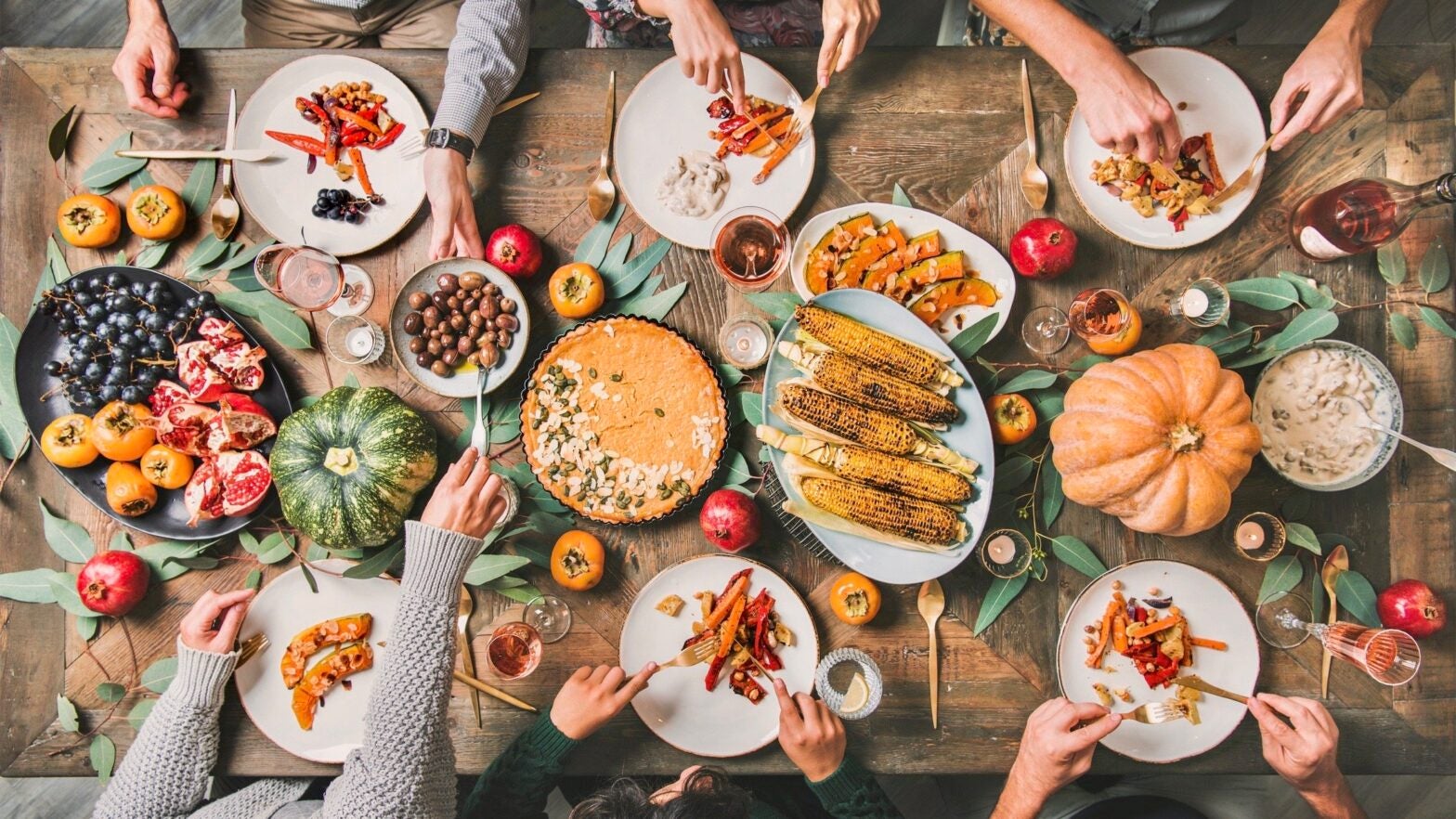 Thanksgiving can be a tricky holiday if you’re trying to avoid animal products — after all, its unofficial name is Turkey Day. But, as more and more studies show the impact of meat and dairy consumption on the Earth, preparing a vegan Thanksgiving is one way to show gratitude for this planet and all its biodiversity.

A vegan Thanksgiving doesn’t have to be a sacrifice. A plant-based feast can be just as delicious as a traditional holiday meal. Here are some tips for putting together an animal-free spread that still gives your tastebuds plenty to be thankful for.

The traditional centerpiece of the Thanksgiving meal may feel like the most intimidating element to swap out, but there are plenty of faux-turkey alternatives on the market. Juliet Lapidos sampled four back in 2009 and rated the Gardein Stuffed Veggie Turkey Roast as the tastiest. The product is now sold as the savory stuffed turk’y or holiday roast. Gardein’s replacement turkeys got a bill of approval from The Spruce Eats for their natural ingredients and realistic appearance.

You also don’t have to bother with fake meat at all. Well Vegan suggests an all veggie-take on the turducken: the Butternut Squash Vegducken. This dish stuffs a zucchini inside an eggplant inside a butternut squash for “a flavor combination that’s perfectly suited for the season.”

Epicurious has the original vegetarian recipe, plus tips for turning it vegan.

Gravy is another dish that screams animal product, but there are actually tons of recipes that don’t require meat juices.

Alison Andrews of Loving It Vegan shares a recipe for a gravy made in 30 minutes from garlic and onions, vegan butter, flour, coconut milk, vegetable stalk and soy sauce.

People for the Ethical Treatment of Animals (PETA) also has lots of gravy recipes that emphasize different flavors, from Roasted Garlic Gravy to Red Wine and Shallot Gravy.

You don’t need milk and butter to make your mashed potatoes nice and creamy.

“They’re extremely easy to veganize,” Iosune of Simple Vegan Blog writes, “you just need to use oil or vegan butter instead of regular butter (extra virgin olive oil is my favorite choice) and any unsweetened plant milk instead of cow’s milk or cream (soy milk works so well), that’s all!”

Iosune explains how you can make your own vegan butter, too. All you need is plant-based milk, lemon juice, coconut oil, a neutral oil like sunflower oil, nutritional yeast (if you can find it) and salt.

Side dishes are probably the easiest holiday foods to conceive of as vegan, since they tend to be veggie-based anyway. But that also means there are lots of exciting recipes out there to try. VegKitchen suggests several, but the most seasonal include Quinoa, Broccoli and Vegan Cheese, Roasted Sweet Potato Mac and Cheese and Vegan Green Bean Casserole.

“Vegan casseroles are always comforting,” VegKitchen writes, “and it’s nice to know that they’re also good for you, not starchy and heavy like the old-fashioned kind.”

Pumpkin pie is a holiday classic, but many traditional recipes call for cream or eggs. Then there’s the fact that it’s usually topped with whipped cream.

However, you can have the full pumpkin pie experience without any animal products. Loving It Vegan shares a recipe that uses canned pureed pumpkin for the filling, and the BBC Good Food walks you through the process of making the filling from pumpkins or squash directly.

There are also plenty of vegan whipped-creams options out there, according to PETA. You can buy one of the many ready-to-spray varieties for sale or make your own from chilled coconut milk, sugar and vanilla.