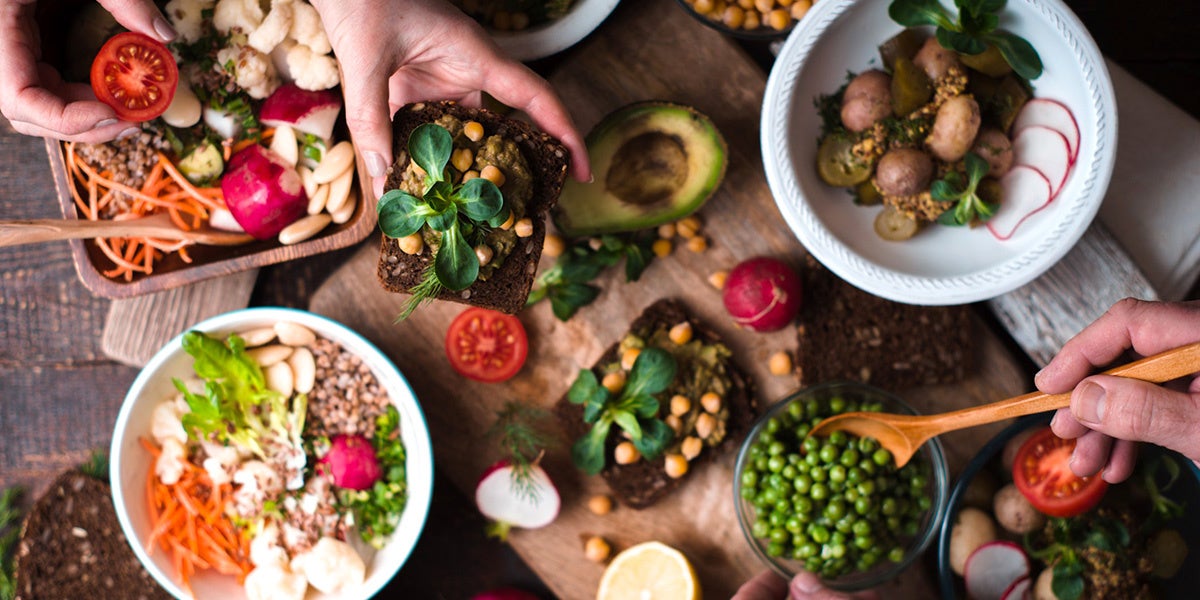 This year has been nothing short of chaotic. Wildfires and hurricanes have wreaked untold destruction, while society seems increasingly heated and out of control. No matter one’s political affiliation, the mere act of reading the news can induce anxiety and arouse confusion about how one person can actually make a difference. As we draft our New Year’s resolutions––to improve ourselves and our communities––one item we can all add that will indeed make a difference is simply to go vegan. Hear me out.

By going vegan, you’ll adopt the diet with the smallest carbon footprint—smaller by more than 50 percent compared to a meat-eater’s diet. That’s because animal agriculture is a very resource-intensive way to produce food. Raising chickens, pigs and cows requires far more land and water than growing legumes, grains, fruits and vegetables. According to the United Nations, animal agriculture is the leading contributor to climate change.

So next time you despair over shrinking public lands or our withdrawal from the Paris climate accord, know that reducing or eliminating our consumption of meat, milk and eggs is perhaps the most effective action we can take in our daily lives to fight climate change.

Each year we spend nearly $70 billion on our cats, dogs and other companion animals, and a 2015 Gallup poll found that one-third of all Americans believe animals should have the same basic rights as people. But for most of us, our behavior doesn’t fully align with our values. Despite our love for animals, more than 9 billion land animals per year are slaughtered for food in the U.S. alone, and they suffer immensely.

The vast majority of hens in the egg industry spend their lives in cages so small they can’t spread their wings; mother pigs are confined in crates so narrow they can’t turn around; and chickens raised for meat are bred to grow so large, so fast that many cannot even walk without pain. The Animal Welfare Act doesn’t protect animals raised for food, which means farmers can legally subject them to a range of abuses, from castration without anesthesia to grueling transport.

And while the Humane Methods of Slaughter Act affords some protection at slaughter, the law excludes birds, so chickens can have their heads dragged through electrified water and their throats slit while the birds are fully conscious. If you go vegan, you will personally spare dozens of chickens, pigs, fish and cows abhorrent cruelty in 2018.

Finally, let’s talk about the reasons this is also the best resolution for your health. If your goal is to shed some pounds in 2018, you should know that eating vegan has proved at least twice as effective for weight loss than a meat-eater’s diet. On average, vegans weigh less and have lower rates of heart disease, Type 2 diabetes and certain forms of cancer. And you’ll likely enjoy not only outward benefits like clearer skin and less bloating; you’ll also feel more beautiful on the inside.

We can’t know what 2018 will bring, but we do know that reducing or eliminating our consumption of animal products will help fight climate change, reduce animal cruelty and improve our health. In a world that feels increasingly nasty and cynical, eating vegan is casting a vote for progress, compassion, and hope, every single day.