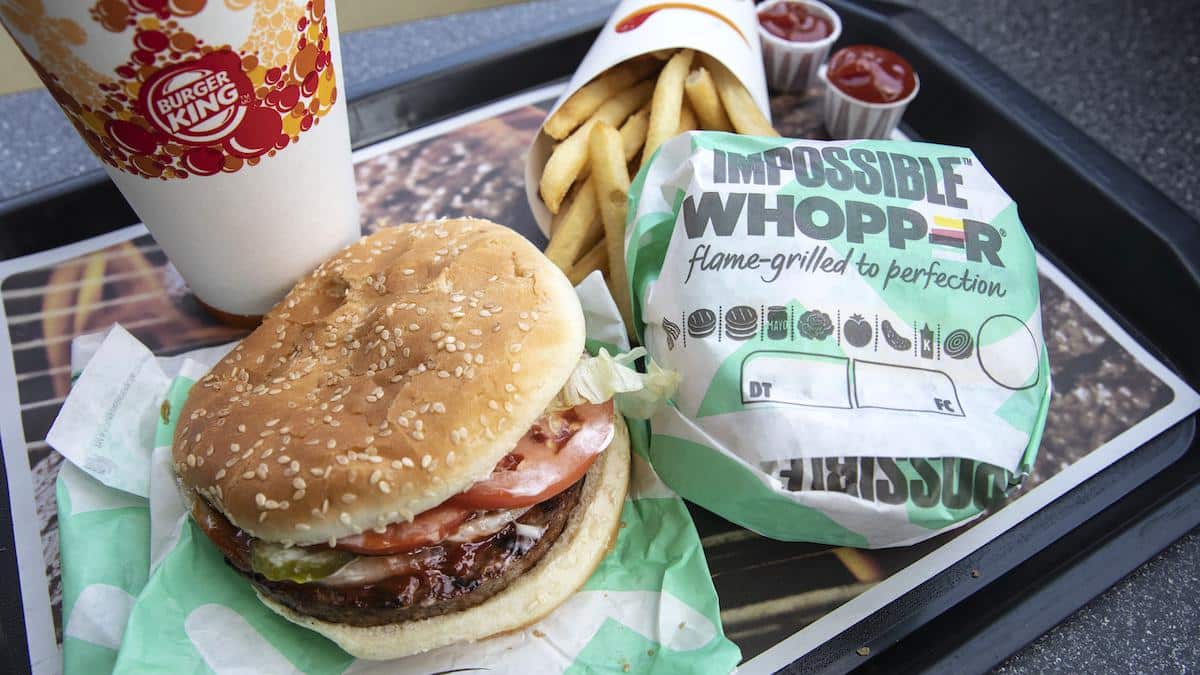 It’s no secret that fast food chains are primarily focused on serving meat-based products. But a new report from World Animal Protection, released just in time for World Vegan Day, shows just how far behind most of these restaurants are when it comes to offering any plant-based items.

The new report also shows a general lack in sustainability efforts from many fast food companies. Fortunately, at least a handful of restaurants are making strides in offering more delicious, plant-based menu items beyond undressed salads.

The report, called Moving the Menu, evaluates and ranks 50 major fast food restaurants in the U.S. The rankings are based on innovative, diverse menus with plant-based options, whether or not the restaurant also shares the benefits of meat alternatives, and if the company has made targets to reduce meat products and/or add more plant-based items to its menu.

Of the 50 restaurants analyzed, only seven made the top of the list as “Menu Movers.” The top veg-friendly restaurants include Taco Bell, Panera Bread, Chipotle, Burger King, KFC, Taco Bell, and Pizza Hut.

“What the ‘Menu Movers’ in this report have done is not just added plant-based alternatives to their menus and called it good, they’ve actually talked publicly… about the benefits of these products,” Cameron Harsh, program manager and World Animal Protection, told USA TODAY.

Meanwhile, 39 restaurants made the bottom of the list, called the “Dining Dawdlers.” These restaurants have made little progress toward offering plant-based proteins or even committing to exploring meat alternatives to their menus. Some of these restaurants include Arby’s, McDonald’s, Wendy’s, Subway, and In-N-Out Burger.

“World Animal Protection is calling on the largest of those chains to commit to meat reduction and invest in protein diversification to make the greatest impact for animals,” the report states.

The Moving the Menu report noted that it did not include popular plant-based chains, such as by Chloe or Veggie Grill, because they don’t rank as one of the top 50 fast food spots in the U.S., but the organization did praise these restaurants for their commitments to offering sustainable and humane menu items.

World Animal Protection also gave Just Salad, which also fell shy of the top 50 fast food restaurants based on number of locations, an honorable mention. The restaurant recently switched its smoothie menu to include solely plant-based milks and yogurts and introduced a “Climatarian Menu” of items that are good for personal and planetary health.

The organization is urging the “Dining Dawdlers” to do more in terms of reducing reliance on meat products in favor of offering more sustainable, plant-based options.

“As an industry, fast-food companies are failing by and large when it comes to driving a reduction in meat consumption. In doing so, they are missing a key opportunity to make meaningful advancements towards their commitments to animal welfare and environmental sustainability,” the report states. “What’s more, expanding protein options makes good business sense, bringing in new customers, driving foot traffic, and increasing profits.”