6 Reasons Eating a Vegan Diet Is Healthy for You 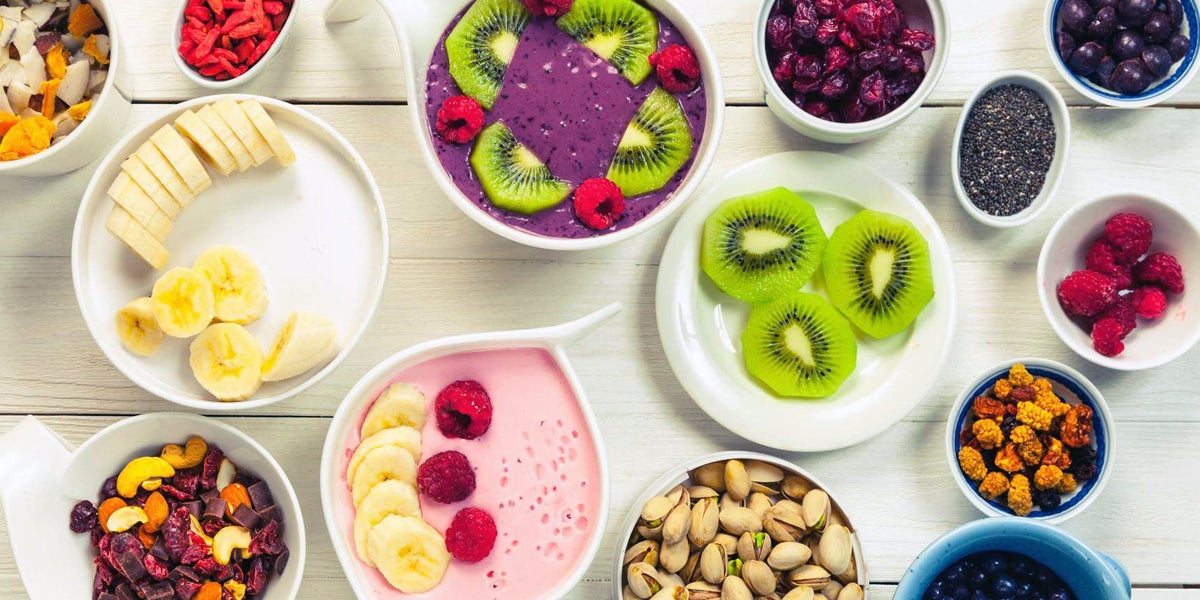 However, they also offer an array of additional health benefits. 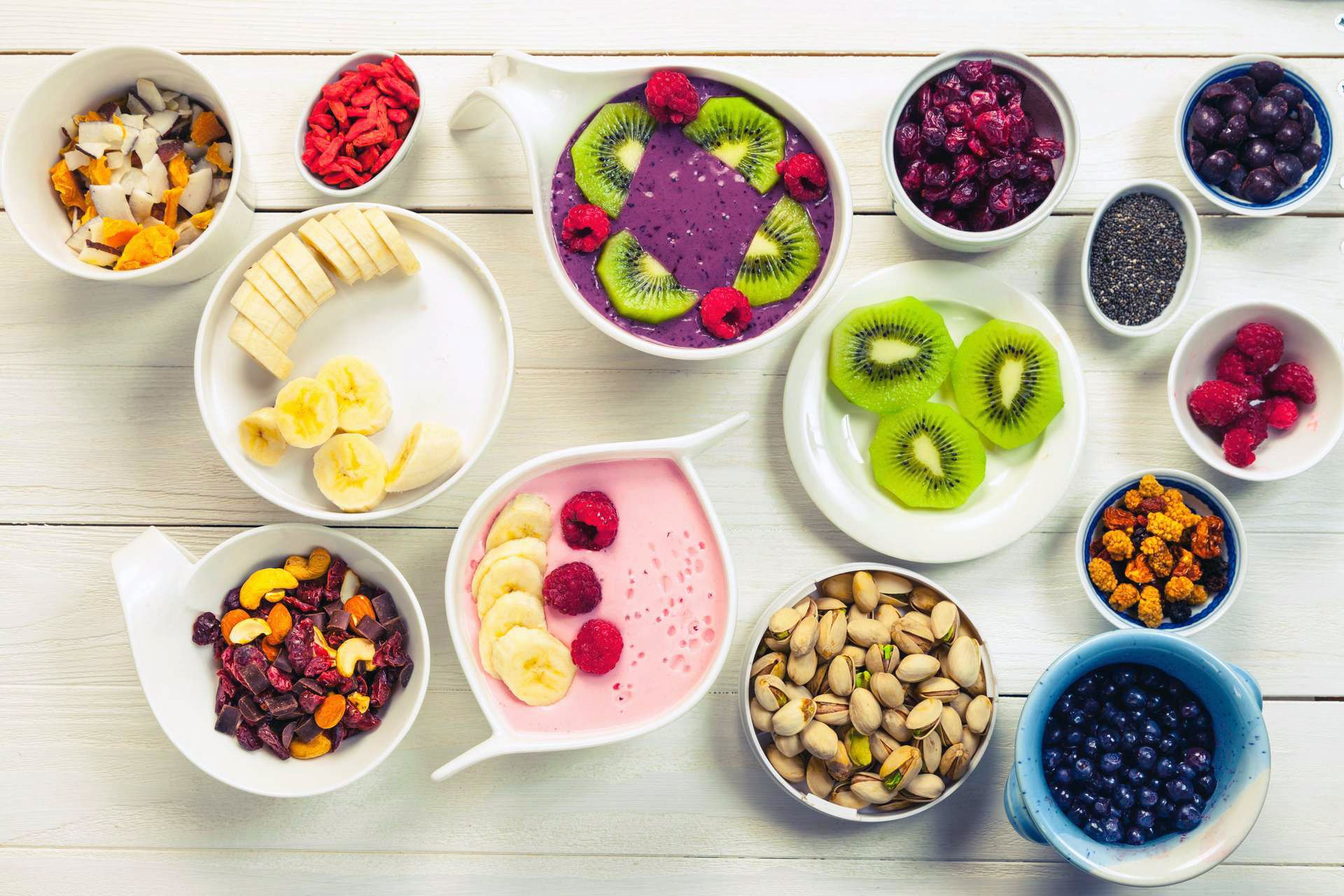 For starters, a vegan diet may help you maintain a healthy heart.

What’s more, this diet may offer some protection against type 2 diabetes and certain cancers.

1. A Vegan Diet Is Richer in Certain Nutrients

If you switch to a vegan diet from a typical Western diet, you’ll eliminate meat and animal products.

This will inevitably lead you to rely more heavily on other foods. In the case of a whole-foods vegan diet, replacements take the form of whole grains, fruits, vegetables, beans, peas, nuts and seeds.

Since these foods make up a larger proportion of a vegan diet than a typical Western diet, they can contribute to a higher daily intake of certain beneficial nutrients.

For instance, several studies have reported that vegan diets tend to provide more fiber, antioxidants and beneficial plant compounds. They also appear to be richer in potassium, magnesium, folate and vitamins A, C and E (1, 2, 3, 4).

However, not all vegan diets are created equal.

That’s why it’s important to stay away from nutrient-poor, fast-food vegan options. Instead, base your diet around nutrient-rich whole plants and fortified foods. You may also want to consider supplements like vitamin B12.

Bottom Line: Whole-food vegan diets are generally higher in certain nutrients. However, make sure you get all the nutrients your body needs.

2. It Can Help You Lose Excess Weight

An increasing number of people are turning to plant-based diets in the hope of shedding excess weight.

This is perhaps for good reason.

Many observational studies show that vegans tend to be thinner and have lower body mass indexes (BMIs) than non-vegans (6, 7).

In addition, several randomized controlled studies—the gold standard in scientific research—report that vegan diets are more effective for weight loss than the diets they are compared to (8, 9, 10, 11, 12, 13, 14, 15, 16).

Interestingly, participants on the vegan diet lost more weight than those who followed calorie-restricted diets, even when the vegan groups were allowed to eat until they felt full (10, 11).

Even when they weren’t following their diets perfectly, the vegetarian and vegan groups still lost slightly more weight than those on a standard Western diet.

Bottom Line: Vegan diets have a natural tendency to reduce your calorie intake. This makes them effective at promoting weight loss without the need to actively focus on cutting calories.

Going vegan may also have benefits for type 2 diabetes and declining kidney function.

In one study, 43 percent of participants following a vegan diet were able to reduce their dosage of blood-sugar-lowering medication, compared to only 26 percent in the group that followed an ADA-recommended diet (22).

4. A Vegan Diet May Protect Against Certain Cancers

According to the World Health Organization, about one-third of all cancers can be prevented by factors within your control, including diet.

For instance, eating legumes regularly may reduce your risk of colorectal cancer by about 9–18 percent (31).

Research also suggests that eating at least seven portions of fresh fruits and vegetables per day may lower your risk of dying from cancer by up to 15 percent (32).

Vegans generally eat considerably more legumes, fruit and vegetables than non-vegans. This may explain why a recent review of 96 studies found that vegans may benefit from a 15 percent lower risk of developing or dying from cancer (7).

That may be because vegan diets are devoid of smoked or processed meats and meats cooked at high temperatures, which are thought to promote certain types of cancers (36, 37, 38, 39).

On the other hand, there is also evidence that dairy may help reduce the risk of other cancers, such as colorectal cancer. Therefore, it’s likely that avoiding dairy is not the factor that lowers vegans’ overall risk of cancer (41).

It’s important to note that these studies are observational in nature. They make it impossible to pinpoint the exact reason why vegans have a lower risk of cancer.

However, until researchers know more, it seems wise to focus on increasing the amount of fresh fruits, vegetables and legumes you eat each day while limiting your consumption of processed, smoked and overcooked meat.

5. It’s Linked to a Lower Risk of Heart Disease

All of these are generally eaten in large amounts in well-planned vegan diets.

Observational studies comparing vegans to vegetarians and the general population report that vegans may benefit from up to a 75 percent lower risk of developing high blood pressure (20).

Vegans may also have up to a 42 percent lower risk of dying from heart disease (20).

What’s more, several randomized controlled studies report that vegan diets are much more effective at reducing blood sugar, LDL cholesterol and total cholesterol levels than the diets they are compared to (7, 9, 10, 12, 46).

This may be particularly beneficial to heart health since reducing high blood pressure, cholesterol and blood sugar levels may reduce the risk of heart disease by as much as 46 percent (47).

Compared to the general population, vegans also tend to consume more whole grains and nuts, both of which are good for your heart (48, 49).

6. A Vegan Diet Can Reduce Pain from Arthritis

A few studies have reported that a vegan diet has positive effects in people with different types of arthritis.

One study randomly assigned 40 arthritic participants to either continue eating their omnivorous diet or switch to a whole-food, plant-based vegan diet for six weeks.

Those on the vegan diet reported higher energy levels and better general functioning than those who didn’t change their diet (50).

Two other studies investigated the effects of a probiotic-rich, raw food vegan diet on symptoms of rheumatoid arthritis.

Both reported that participants in the vegan group experienced a greater improvement in symptoms such as pain, joint swelling and morning stiffness than those who continued their omnivorous diet (51, 52).

Vegan diets may provide an array of health benefits.

For the most part, the exact reasons why these benefits occur are not fully known.

That said, until further research emerges, it can only benefit you to increase the amount of nutrient-rich, whole plant foods in your diet.