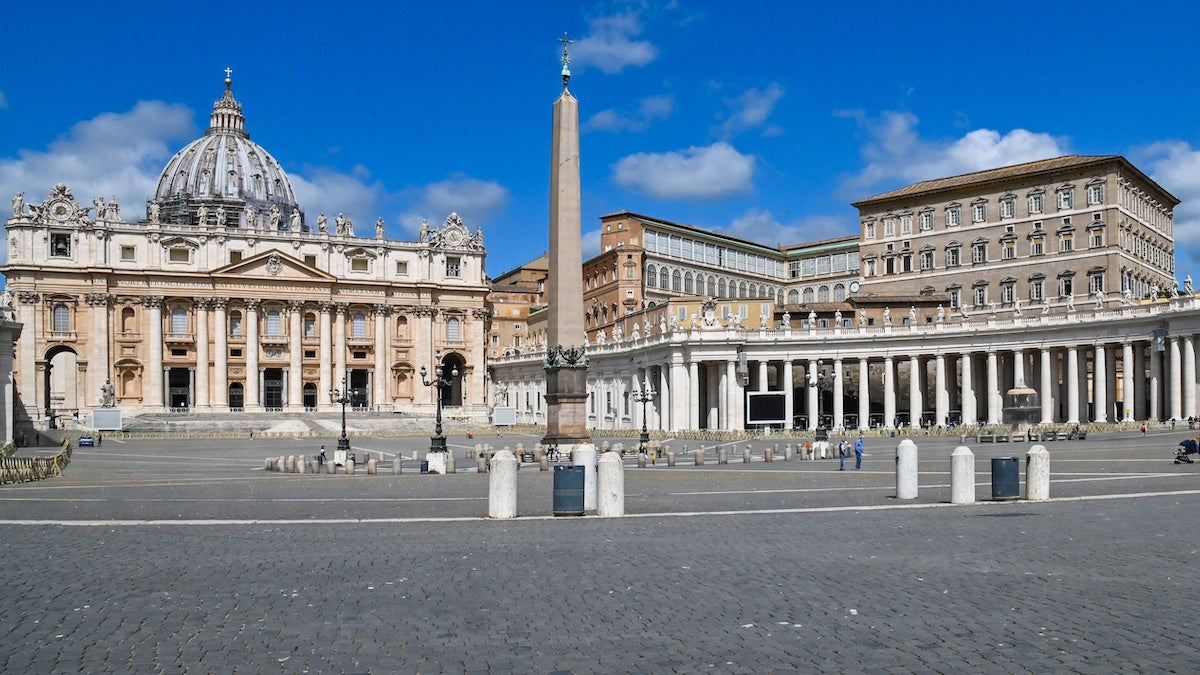 St. Peter's Square and St.Peter's Basilica on May 20, 2020 in The Vatican, after it reopened following a lockdown aimed at curbing the spread of the COVID-19 infection. ANDREAS SOLARO / AFP via Getty Images

The Vatican urged Catholics to closely consider where they invest their money and to take a close look at the environmental impact of the companies they may be shareholders in, as Reuters reported.

Pope Francis has frequently criticized wanton greed that has led to environmental degradation and a climate crisis that is uprooting the lives of the world’s most vulnerable and impoverished people. On Earth Day, the Pope gave a speech in which he said that humans have sinned against the earth, as EcoWatch reported at the time.

To follow up on the pontiff’s works, the Vatican released a 225-page manual for church leaders and workers that included the guidance to end investments in weapons manufacturing and defense systems, fossil fuels, and to closely monitor companies in the energy sector to see if their actions are causing environmental harm, according to Reuters.

The manual, called Journeying Towards Care For Our Common Home, is a follow up to the Pope’s landmark encyclical on climate change called “Laudato Si’, on Care for Our Common Home,” which gave the official Catholic Church seal of approval to the pope’s environmental concerns. The new compendium offers practical steps to follow up on the Laudato Si, which translates from Latin to Praise Be.

As Reuters reported, the manual’s finance section said that shareholder action “could favor positive changes … by excluding from their investments companies that do not satisfy certain parameters.” It listed these as respect for human rights, bans on child labor, and protection of the environment.

“The Vatican’s call for divestment is a breath of hope in times when faith is more needed than ever,” said Bill McKibben, author and co-founder of 350.org in a statement, as Common Dreams reported. “It is also one of the handful of great moments in this decade-long campaign. It is a powerful statement that attempting to profit off the destruction of the planet is plainly and simply immoral and unethical.”

The Vatican bank has insisted it does not invest in fossil fuels and many Catholic dioceses and educational institutions around the world have taken similar positions, including a move last month by more than 40 Catholic institutions globally that pledged to divest from fossil fuels, according to Reuters.

One action point in the manual called on Catholics to “shun companies that are harmful to human or social ecology, such as abortion and armaments, and to the environment, such as fossil fuels,” as Reuters reported. Another section called for stringent monitoring of the mining and extraction industry to make sure they were not adding harmful contaminants to the air, land and water.

The document calls for a commitment to low-carbon, sustainable development, reforestation of the Amazon region, and humanitarian protections for climate refugees, according to the Vatican News.