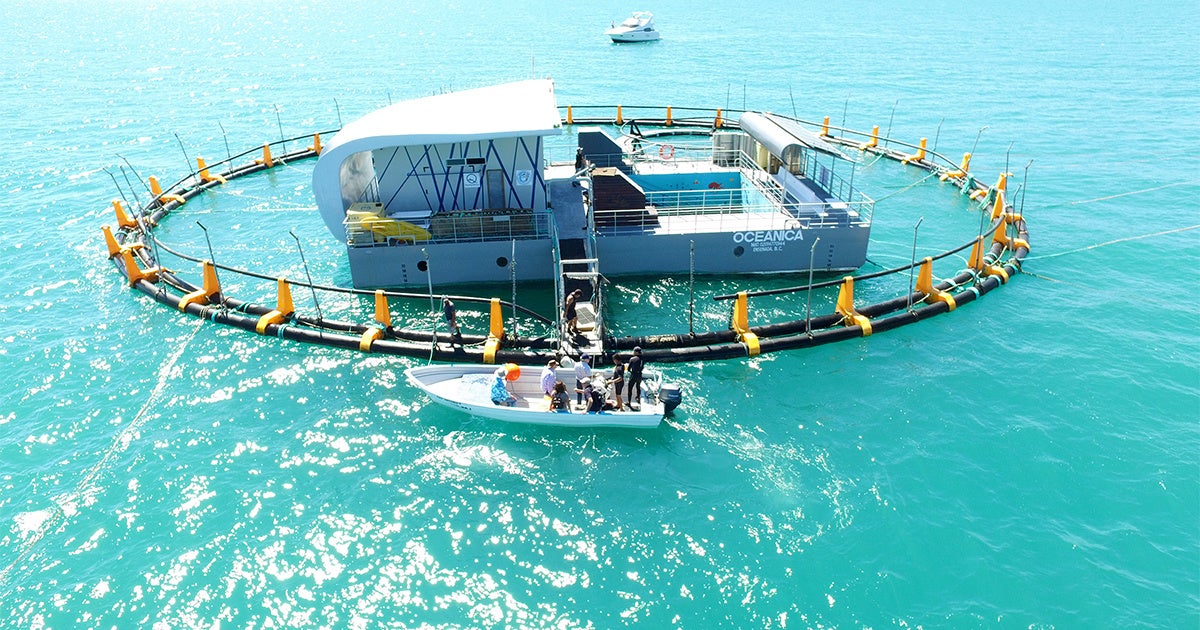 Last month, the government of Mexico launched a last-ditch effort to save the critically endangered vaquita, a small porpoise known to reside only in the Gulf of California.

A team of marine mammal experts assembled by the Mexican government created a project called Vaquita Conservation, Protection and Recovery (VaquitaCPR) that aims to capture the remaining 30 vaquitas (Phocoena sinus) and keep them safe in specially built floating “sea pens” until the species’ survival is no longer threatened by the illegal trade and fishing activities that have driven them to the brink of extinction.

Late last month, scientists with VaquitaCPR took the first of the marine mammals into captivity. Though the 6-month-old calf became so stressed by its capture that the team quickly chose to release it back into the wild, Lorenzo Rojas-Bracho, a scientist with the Mexican government who heads the VaquitaCPR program, suggested that the fact that they were able to successfully find and capture a vaquita at all was an encouraging sign.

This past weekend, however, it was announced that another vaquita—a breeding-age female—was taken into captivity and subsequently died.

“A mature female vaquita, not pregnant or lactating, had been caught and transported successfully late in the afternoon on Saturday in the Northern Gulf of California and was taken to a specially-modified floating sea pen known as El Nido, or The Nest,” according to a statement from VaquitaCPR. “From the moment of capture, the vaquita was under constant care and observation for its health and safety.”

Marine mammal veterinarians that were monitoring the vaquita determined that it, too, had become stressed, to the point that its condition was deteriorating enough that once again the call was made to release the animal.

“The release attempt was unsuccessful and life saving measures were administered,” VaquitaCPR reported. “Despite the heroic efforts of the veterinary team, the vaquita did not survive.”

The vaquita population has been decimated by gillnet fishing in the Gulf of California, though they are only an incidental bycatch. The true target of the gillnets is another critically endangered species, the totoaba (Totoaba macdonaldi), whose swim bladders are in high demand in some Asian countries, especially China, where they are believed to have medicinal benefits. Despite the lack of scientific evidence showing that the swim bladders (also known as maws) have any medical properties whatsoever, they can fetch prices more than $9,000 per pound.

So lucrative is the illegal trade in totoaba maws that organized crime syndicates are getting involved, according to a recent report that concluded the trafficking of the swim bladders has become a security issue in addition to a conservation problem.

Though they aren’t the primary target species, vaquita become entangled in the gillnets all the same, causing them to drown.

Mexico’s President Enrique Peña Nieto announced a two-year gillnet ban throughout the vaquita’s range in the Upper Gulf of California in April 2015, as well as enhanced enforcement of the ban by a multi-agency task force led by the Mexican Navy and compensation for fishermen and other industries that might lose income due to the ban. A permanent ban on gillnet fishing went into effect in July 2017, but the practice continues more or less unabated today.

In response to the death of the breeding-age female this past weekend, some environmentalists are calling for VaquitaCPR’s capture program to be shut down immediately, saying it is too risky an endeavor given how few of the porpoises are left.

For instance, the Animal Welfare Institute (AWI) said in a statement that, though VaquitaCPR was born “out of a desperate, yet well-intentioned, desire to save the species, we believe that given the extreme risks involved, the vaquita capture plans must be brought to an immediate halt. These tiny porpoises do not respond well to the stress of capture, and not a single additional vaquita should be deliberately put in danger in this way.”

Instead, AWI said, the Mexican government should further increase enforcement efforts throughout the Upper Gulf of California in order to bring an end to illegal gillnet fishing once and for all. The ban on gillnets issued by Mexico, AWI noted, provides exemptions for the area’s corvina and Spanish mackerel gillnet fisheries, and does not prohibit the manufacture, sale or possession of the nets.

“Unless illegal fishing is ended through rigorous and stepped-up enforcement, and gillnets can no longer be found in the Upper Gulf, the regulations of the ban will remain inadequate to save the vaquita from extinction,” AWI said.

Requests for comment from VaquitaCPR were not immediately returned. But, in the statement announcing the death of the female vaquita this past weekend, VaquitaCPR noted that “The risk of losing a vaquita during field operations was always acknowledged as a possibility, but it was determined that it was unacceptable to stand by and watch the vaquita porpoise disappear without a heroic attempt at rescue.”

Together with Mexican government officials and an independent panel created specifically for this purpose, VaquitaCPR’s scientists said in the statement that they will “carefully review the events of the past 24 hours and determine how best to proceed.”

Meet the ‘Pangolin Men’ Saving the World’s Most Trafficked Mammal