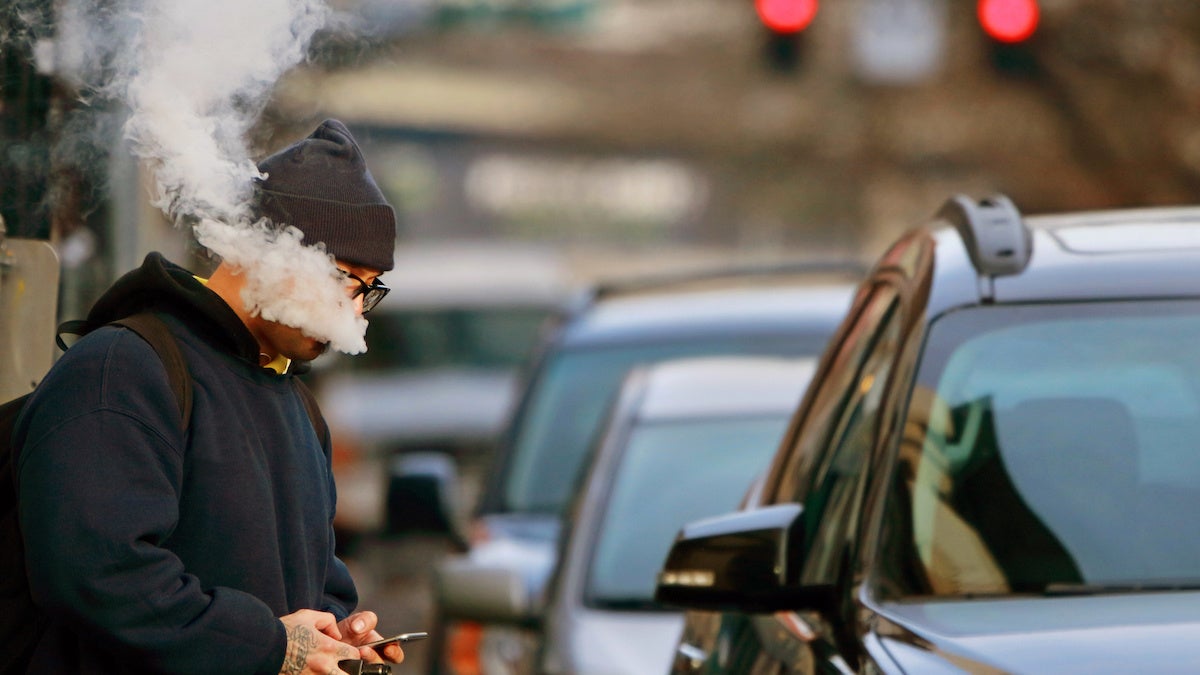 Preliminary data from the Centers for Disease Control showed a larger number of young people coming down with COVID-19 than first expected, with patients under the age of 45 comprising more than a third of all cases, and one in five of those patients requiring hospitalization. That also tends to be the group most likely to use e-cigarettes.

While there is not yet a clear answer as to why so many young people are experiencing severe symptoms, some experts say vaping could be making things worse, according to ABC News.

According to information released by MassGeneral in Boston, smoking and vaping weaken the body’s immune system by damaging parts of the immune system that keep illnesses at bay and by strengthening an enzyme that allows viruses to attach and replicate in the immune system.

“If a person who smokes catches COVID-19, they are more than twice as likely to develop a severe case of COVID-19 than those with no smoking history,” according to MassGeneral. “This means if a person smokes and catches COVID-19, they are more likely to be admitted to the Intensive Care Unit, placed on a ventilator or die from the illness. Menthol and other flavorings in tobacco products (including e-cigarettes) can also make lung infections, such as COVID-19, worse.”

“I’d be more worried about you more than normal, but I think anybody that vapes, that inhales anything toxic into their lungs, is putting their lungs at risk, because it probably alters the immune system,” said Dr. Beuther. “It probably causes some irritation. It probably reduces your own lung’s ability to defend itself against this virus.”

While we are advised to stay six feet away from each other, Beuther said somebody vaping may blow a cloud beyond the recommended distance and possibly spread the virus, as Scripps reported.

Doctor J. Taylor Hays, an internist with Mayo Clinic in Rochester, told a Wisconsin-based ABC News affiliate that coronavirus particles get stuck in the mucus in bronchial tubes, which can trap the virus. Then virus particles are exhaled in a puff of smoke that can infect others nearby.

However, Dr. Hays said that quitting smoking and vaping can have an immediate impact in reducing the severity of COVID-19 symptoms.

“There is an immediate benefit in stopping smoking. It’s not something that you won’t notice for the next few weeks. It will happen right away. Less coughing, less shortness of breath, less mucus production. And probably those all mean lower risk of complications of a viral infection like COVID,” Hays said, as WQOW in Eau Claire reported.

While there is not a long enough history of vaping and COVID-19 exposure to say for sure if it increases susceptibility to the virus, medical professionals know that vaping can lead to serious lung and respiratory problems so it is logical that the habit could exacerbate symptoms, according to ABC News.

“We know that e-cigarettes include chemicals such as propylene glycol, glycerol, and flavorings, and that these chemicals have the ability to go deep into your lungs and cause damage,” said Dr. Alok Patel, a Columbia University pediatrician, to ABC News. “When people become critically ill from COVID-19, this also involves the deep pockets of their lungs. It’s really scary to think about what could be happening in those that have both of these going on together.”