Van Jones: 'When You Cut Carbon, You Should Cut Poverty Too' 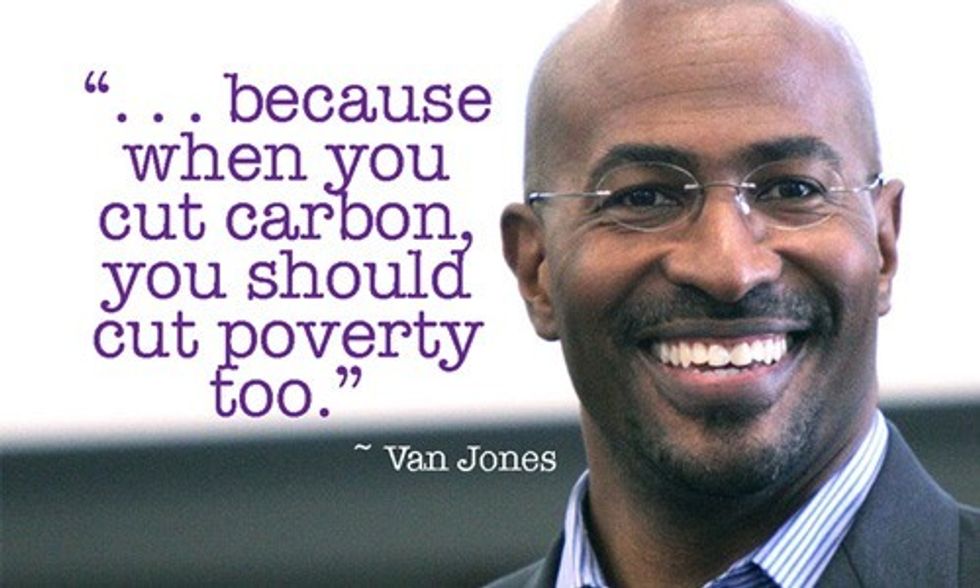 Van Jones is no mere mortal when it comes to fighting for climate change and social justice. He's got a staggering list of accomplishments for a man that is not quite at that midlife mark. From working with Presidents Bush and Obama (and getting a recent shoutout from Obama) to starting many organizations like Green For All that are working to expedite renewable energy as well as bringing awareness to civil rights and social issues. Most importantly, Jones is brilliant at tying it all together in a way that makes sense and ensures that everyone is included in the process.

In my recent interview, he applauded President Obama's Clean Power Plan and the many ways it can help advance renewable energy and boost the economy through new infrastructure development.

We talked about how those of lower income tend to be disproportionately impacted by pollution, and how manufacturers in this country have to step up and take some responsibility for their carbon output.

Jones says in the interview, "If you paid a $25 fine for littering, you've just paid more than any big polluter in the United States has ever had to pay at the federal level for dumping out mega-tons of carbon."