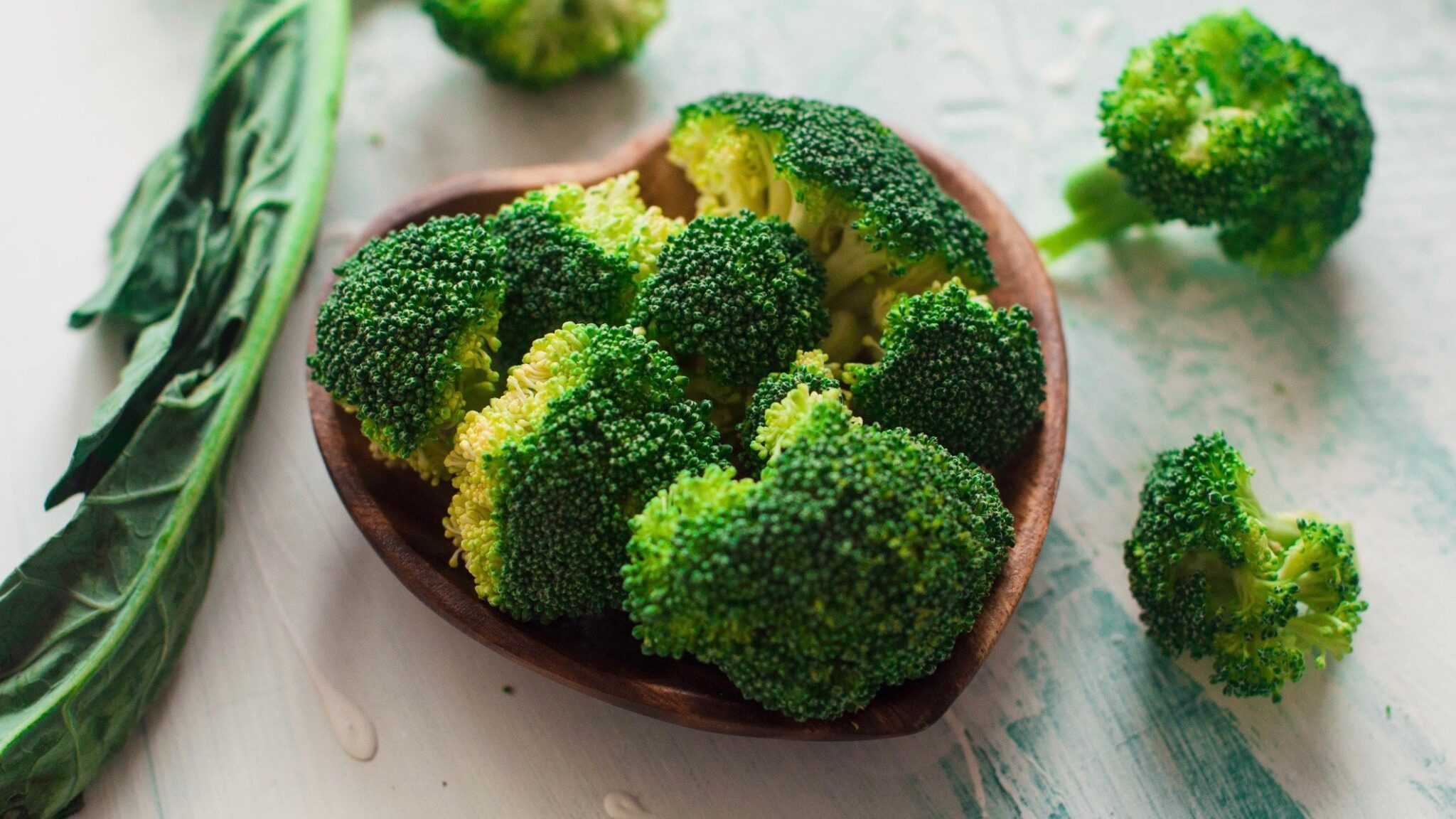 On Valentine’s Day, people celebrate all kinds of love. And chefs and foodies around the globe are showing how indulgence can often be both healthy for people and the planet. These innovators are making the case that flavorful, locally sourced plant-inspired dishes are perfect for special occasions — and also versatile for everyday mealtimes.

While not all their dishes are vegetarian or vegan, their recipes showcase diverse ingredients with powerful and traditional flavors. They bring vegetables front and center — and leave meat as a side dish, a condiment, or even off the plate.

“The sustainability reasons [to eat vegetable-centered] are evident because the production of non-plant based food is taking a clear toll on the environment,” says plant-forward chef Hari Pulapaka.

Food Tank is highlighting 20 chefs proving plants are some of the most versatile ingredients for both everyday meals and special occasions.

Waters is a chef, author, and food advocate, and the founder and owner of Chez Panisse Restaurant in Berkeley, California. Waters is the author of 15 books, including New York Times bestsellers The Art of Simple Food I & II, and the memoir, Coming to My Senses: The Making of a Counterculture Cook. With the belief that chefs should pay attention to the wholesomeness of food — including how ingredients are sourced — Waters is credited with providing the foundation for the plant-forward movement. Waters’ recipes and menus offer occasional lapses into indulgence perfect for Valentine’s Day including sweet corn soup and winter squash tortellini.

Ana Sortun is the chef at Oleana in Cambridge, Massachusetts, where her menu focuses on Turkish and Middle Eastern classics distilled down to their traditional elements. She is also the owner of Sofra Bakery in Cambridge and Sarma Restaurant in Somerville, Mass. Many of the vegetables used at Sortun’s restaurants are grown locally — on her husband’s farm. Sortun is well-regarded for her mastery of Mediterranean spices — her 2006 cookbook, simply called “Spice,” is a bestseller. In her recipes for imam bayildi (Turkish stuffed eggplant) and Syrian-style lentils with chard, she homes in the one or two warming spices that will elevate the star vegetable without overpowering its natural flavor.

Vegan chef Chloe Coscarelli believes that vegetable-forward dishes can still be mouthwatering, rich, and playful. Now with four cookbooks and nearly a dozen television appearances, Coscarelli has become a prominent figure making the most of plants and their natural flavors. With recipes like chocolate layer cake, blueberry cinnamon french toast, and maple bacon benedict, home chefs can satisfy their sweet tooth and their savory cravings this holiday.

Chef Christina Arokiasamy, who was raised in Malaysia and now lives in Washington State, served as the first Malaysian food ambassador to the United States. Her family members have been spice merchants for five generations, and her show on the Cooking Channel, The Malaysian Kitchen, focused on traditional Malaysian flavors. Arokiasamy’s recipes for pineapple fried rice and goan coconut curry both highlight plant-based ingredients commonly found in Malaysia and blend sweet and savory elements.

Chef Nomura is internationally praised for plant-forward takes on creative Japanese style cuisine. Having earned two Michelin stars, Nomura’s recipes are sure to impress any loved one with plant-forward innovation, including his spin on an American Valentine’s classic: instead of a beef steak, Nomura’s recipe suggests an onion steak as a new way to embrace the overlooked ingredient’s flavor using new and modern styles of cooking.

Dan Barber, Chef and Co-Owner of Blue Hill and Blue Hill at Stone Barn and the author of The Third Plate, was appointed by President Barack Obama to serve on the President’s Council on Physical Fitness, Sports and Nutrition and has received multiple James Beard awards including Best Chef. In 2009 he was named one of Time magazine’s 100 most influential people in the world. Barber is hailed for his plant-forward initiatives including his Row 7 seed company that breeds seeds for better flavor. Barber’s plant-forward celery root recipes open up new possibilities for the vegetable a rich broth, cozy tea, or even a hearty braised dish.

Chef, cooking teacher, and author of 14 widely-recognized cookbooks Deborah Madison specializes in seasonal vegetable recipes. Through these recipes, Madison — recognized as the originator of the plant-forward trend — hopes to highlight farmers market produce and heritage varieties of vegetables. Having cooked at restaurants like Greens in San Francisco, Madison has surprised many non-vegetarian and non-vegan diners with bold flavors and filling meals. Dive into Madison’s cozy lentil soup with berbere or risotto with beets, which add depth and color to a normally luxurious dish.

Derek Sarno is Executive Chef and Director of Plant-Based Innovation at Tesco and co-founder of Wicked Healthy, a plant-forward blog founded with his brother Chad Sarno. The co-founders develop recipes that allow eaters to indulge with smokey, deep, and nearly guilt-causing flavors — all while maintaining a plant-forward diet and mission. Their recipes like roasted and herb-crusted butternut squash tenderloin and coconut tartlets with clementine sorbet and lavender syrup embrace the flavor of plants and their potential in classic Valentine’s Day preparations.

Erik Oberholtzer is a chef, social entrepreneur, and food activist whose restaurant chain Tender Greens makes it easier for anyone to enjoy seasonal, plant-forward home cooking at affordable prices. And as a board member for The Rodale Institute and a Food Forever Champion, Oberholtzer supports regeneratively grown and biodiverse crops in diets around the world. His recipes for gazpacho and poached salmon salad offer lighter takes on romantic meals.

Hari Pulapaka is the Executive Chef and Owner of the acclaimed Cress Restaurant in DeLand, Florida, and is a tenured professor at Stetson University. Pulapaka’s self-described cuisine is “globally inspired” and “vegetarian focused” and is intended to showcase food that “nourishes the body and frees the soul.” In his forthcoming book Sinfully Vegetarian, Pulapaka will feature plant-forward recipes that leave eaters feeling spoiled and craving for more. Inspired by Pulapaka’s menus and recipes, eaters can indulge in savory vegetable bread pudding, beet-radish terrine with lentil-sesame hummus, or a Mediterranean and Middle East-inspired ricotta and spinach gnudi.

Jody Adams, a James Beard Foundation award-winning chef, highlights local vegetables at her restaurants in Boston, where her menus feature housemade pastas, roasted beets, and spanakopita. Adams — who holds a degree in anthropology from Brown University — put it best when she said, “It’s the beautiful, raw ingredients that determine what food tastes like — not how fancy the kitchen is.” Try something new in the kitchen this Valentine’s Day, like making your own pasta: Adams’ comforting recipes for floppy tomato lasagna and potato gnocchi gratin with wild mushrooms guide you through the process.

Joe Yonan, the Washington Post’s food and dining editor, thinks we should all eat more beans. In his new book, Cool Beans, Yonan shares 125 recipes that highlight the versatility of the wide world of protein-packed legumes. Many of the recipes, like fusilli with white beans, cherry tomatoes, and corn sauce or falafel fattoush, use ingredients you might already have canned in your pantry. Right in time for Valentine’s Day, Yonan even serves dessert and drinks, with recipes like chocolate, red bean, and rose brownies and a salty margarita sour, topped with whipped chickpea aquafaba.

Eating vegetarian or vegan, according to chef John Fraser, “should feel more celebration than sacrifice.” That’s why he opened Nix, which is now New York City’s only Michelin-starred vegetarian restaurant. There, he serves dishes ranging from cauliflower tempura (here’s the recipe) to kabocha squash dumplings, but his menu changes depending on what’s seasonally available. Fraser shows that plant-forward dishes can be fun — he describes his potato fry bread recipe as “a zeppoli made love to a French fry and then got slathered in sour cream and vegetables.”

José Andrés is often credited with bringing the tapas-style dining concept to America. The founder of 31 restaurants and World Central Kitchen, which provides meals to those affected by natural disasters, wants to bring vegetables forward in American diets. By making vegetables the center of dishes, and relegating meat to side dishes or condiments, Andrés hopes to give plants the recognition they deserve for their role in eaters’ health and happiness. Andrés’s recent cookbook Vegetables Unleashed includes cozy, luxurious recipes like potatoes cooked in compost, vegetable paella, and fennel bouillabaisse.

Chefs Rich Landau and Kate Jacoby opened and operate a small restaurant group of vegan establishments in Philadelphia — including Vedge, V Street, and Wiz Kid — and Washington D.C.’s Fancy Radish. As James Beard-nominated chefs, Landau and Jacoby’s passion for veganism injects love into their cooking; and similar plant lovers can feel inspired by their menus and recipes that explore rutabaga fondue, eggplant braciole, and even potato scallops.

When chef Romy Gill was growing up in India, meat was reserved for celebrations and special occasions — and even when she did eat meat, it was a side dish at most. So every recipe in her recent debut cookbook, Zaika, is vegan. “I wanted to show that in India, plant-based cuisine is something people don’t do just for the sake of it—it’s a way of life,” she said. Gill, who now lives in the U.K., cooks lighter fare with Indian flavors, like red cabbage and pomegranate salad and courgette (zucchini) sabzi, a childhood favorite.

Midunu, the name of chef Selassie Atadika’s restaurant in Accra, Ghana, means “let us eat” in the Ewe language. Midunu represents “nomadic” dining, meaning meals are served pop-up style at a new location each time. Atadika said she is reminded that plant-forward cooking is healthier for humans and the planet when she looks at the traditional foodways of nomadic African groups. Now, at Midunu, Atadika sources much of her produce and grain from local farmers living off the land. Recipes like her gari foto celebrate African ingredients like gari (made from dried cassava) and the spice prekese.

Before Stéphanie Audet became a restaurant chef, she was a vegetarian food consultant, creating plant-based recipes and menus for restaurants. These skills have come in handy in her kitchens: A restaurant she opened in Hawaii was devoted entirely to raw indigenous ingredients. When she became the executive chef at LOV, in Montreal, Canada, in 2016, she created an entirely vegan menu that featured creative but approachable recipes like coconut ceviche. Recently, she moved to Lisbon, Portugal, where she opened Senhor Uva. At the natural food and wine bar, her small plates focus on seasonal and local vegetables.

The plant-based chef to the stars, Tal Ronnen earned his fame while cooking for Oprah Winfrey, Ellen DeGeneres, Arianna Huffington, and for the first-ever vegan dinner at the United States Senate. Ronnen’s cookbook Crossroads is based on recipes from his Los Angeles restaurant of the same name, which opened in 2013 to showcase high-end vegan dining with Mediterranean flavors. With an inventive recipe for artichoke “oysters” with tomato bearnaise and kelp caviar, Ronnen offers eaters a plant-forward alternative to the well-known seafood aphrodisiac this Valentine’s Day.