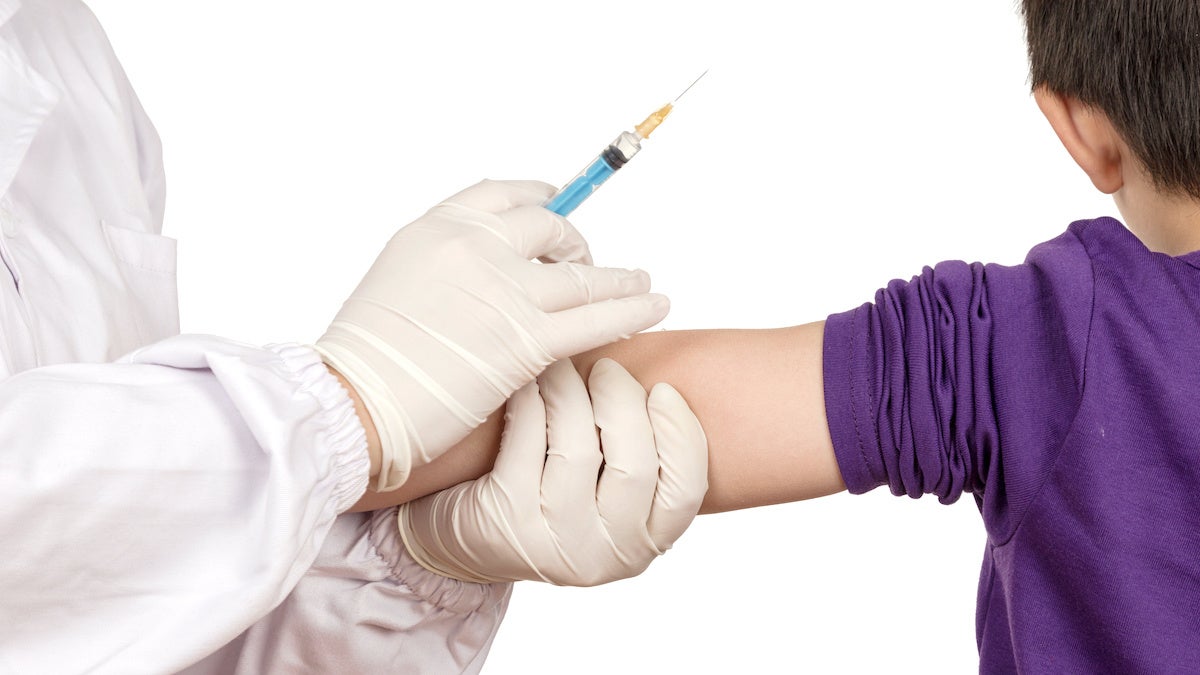 A drop in vaccination rates raises concerns that quarantines might lead to an outbreak of preventable diseases, like the measles. yangna / iStock / Getty Images Plus

A new study released by the Centers for Disease Control found that vaccination rates in Michigan for children younger than two have fallen to alarmingly low rates. One of the more eye-popping statistics was that fewer than half of infants five months or younger have received the immunizations that usually start when they’re two months old, according to The New York Times.

The rates in Michigan are likely mirrored across the country, as parents nationwide have been reluctant to schedule well visits out of fear of exposure to COVID-19. That means children nationwide have fallen behind on vaccinations for diseases like measles and pertussis, better known as whooping cough, as The New York Times reported.

In addition to parental fears of coronavirus exposure, the CDC study suggests that stay-at-home orders have also reduced access to doctor offices, as Reuters reported.

The drop in vaccination rates raises concerns that quarantines might lead to an outbreak of preventable diseases, like the measles. As Reuters reported, the CDC researchers analyzed the data from vaccine doses given to children at ages one, three, five, seven, 16, 19 and 24 months this year and the prior four years. In the 16-month age group, coverage with all recommended vaccines declined. The rate of measles vaccinations in particular fell to 71 percent this year from 76 percent last year.

The total number of vaccines given to children under two dropped more than 15 percent compared to the previous two years.

“The observed declines in vaccination coverage might leave young children and communities vulnerable to vaccine-preventable diseases such as measles,” the CDC scientists wrote in the report, according to Reuters. “If measles vaccination coverage of 90%-95% … is not achieved, measles outbreaks can occur.”

Just as the coronavirus is disproportionally affecting poor and minority communities, the poor are receiving the fewest vaccines, according to the study. The report found that up-to-date vaccination coverage was lower for children enrolled in Medicaid, the federal government’s health insurance program for the poor, than for those who were not enrolled, according to CNBC.

Angela Shen, a research scientist at Children’s Hospital of Philadelphia and the co-author of the study, said the falling rates in Michigan were troubling and quite likely representative of nationwide trends, as The New York Times reported.

It’s not just the U.S. that is seeing a dip. At the end of April, the World Health Organization warned that mass vaccination programs that had been suspended in developing countries put kids at risk of contracting measles or polio, as CNBC reported.

“Disease outbreaks must not remain a threat when we have safe and effective vaccines to protect us,” said Dr. Tedros Adhanom Ghebreyesus, WHO director-general, in a WHO statement. “While the world strives to develop a new vaccine for COVID-19 at record speed, we must not risk losing the fight to protect everyone, everywhere against vaccine-preventable diseases. These diseases will come roaring back if we do not vaccinate.”

“It’s a really scary thought,” said Matthew L. Boulton, a professor of epidemiology and preventive medicine at the University of Michigan, to The New York Times. “We’ve made tremendous progress around the world, especially in many low-income countries. This literally could set us back years in our control of vaccine-preventable diseases, in both high- and low-income countries.”

Since immunization requires in-person visits, the CDC study recommended several to keep the services going, including offering specific clinics or rooms for child vaccination, reducing the number of patients on site at a given time, having patients receive vaccinations from their vehicles in the parking lot and having providers work with families to identify children missing recommended vaccinations, according to Reuters.

Shen would like to see parents taking their kids for immunizations as the country starts to reopen.

“You are prone to potentially seeing measles outbreaks as communities and jurisdictions in Michigan — and arguably in other parts of the country — open up,” she said to The New York Times. “This is a big week for opening up, and public health wants you to come in and get your shots.”