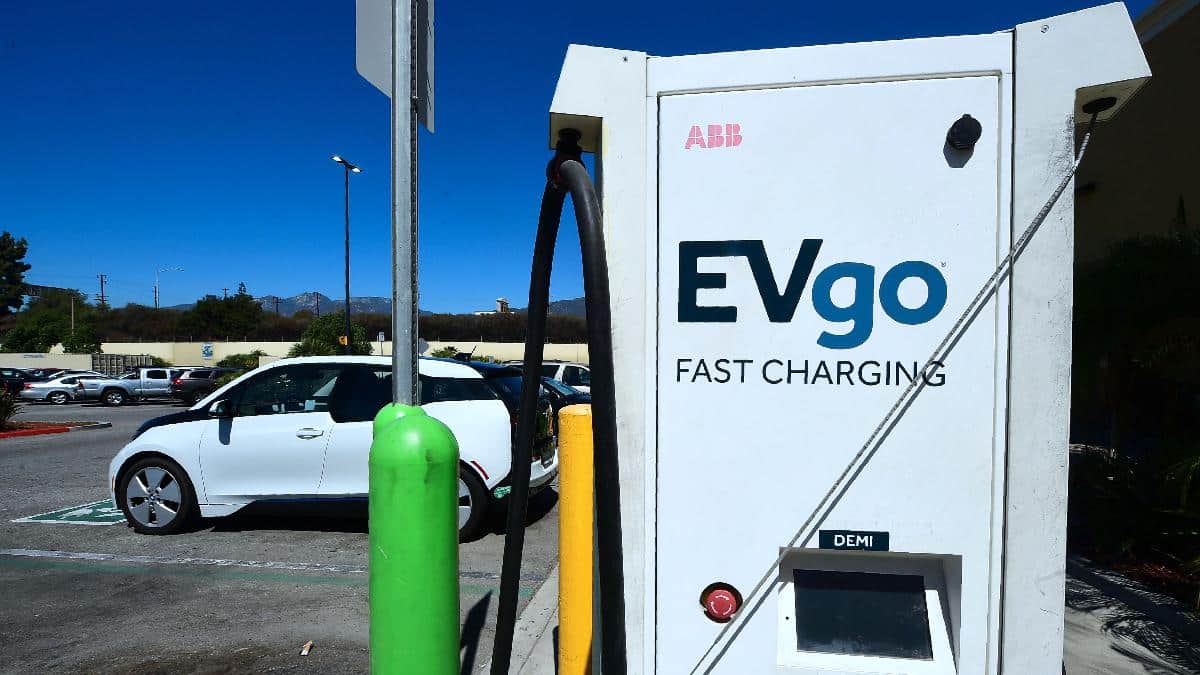 An electric vehicle is plugged in to an EV charging station at a Walmart parking lot in Duarte, California on Sept. 14, 2018. FREDERIC J. BROWN / AFP via Getty Images

Transportation is the country’s largest source of greenhouse gas pollution, and electrifying the sector is a major opportunity to reduce those emissions through increased efficiency and renewable-generated electricity. Utilities stand to benefit from massively-increased electricity demand driven by widespread EV adoption, but range anxiety — the fear of running out of battery power without being able to reach a convenient charging station — is a barrier to many customers who might purchase (or consider purchasing) an EV.

The newly-formed Electric Highway Coalition — made up of American Electric Power, Dominion Energy, Duke Energy, Entergy, Southern Company, and the Tennessee Valley Authority — is seeking to ameliorate those concerns by creating a network of charging stations from Texas to Indiana to Virginia to Florida. The announcement follows a similar initiative by major midwest utilities last year.

“It’s exciting to see utilities engaging more in this space,” said Kathy Harris, the ‎Eastern clean vehicles and fuels advocate at Natural Resources Defense Council. Harris pointed out that while utility investment in electric vehicle infrastructure “isn’t a new concept,” most of the billions of dollars spent around the country on it have been focused in California and the Northeast. Last year, for example, a coalition of West Coast utilities announced they’re working on a plan to electrify shipping routes to phase out diesel trucks.

The announcement didn’t specify whether or not customers would have to pay for the charging stations, or how much costs could be, which actually isn’t surprising given the number of different states covered by the coalition. Harris said that different states have different laws on the books regarding paying for EV charging stations. Some states require customers to pay a set dollar amount to use stations, while others have them pay directly for the electricity used.