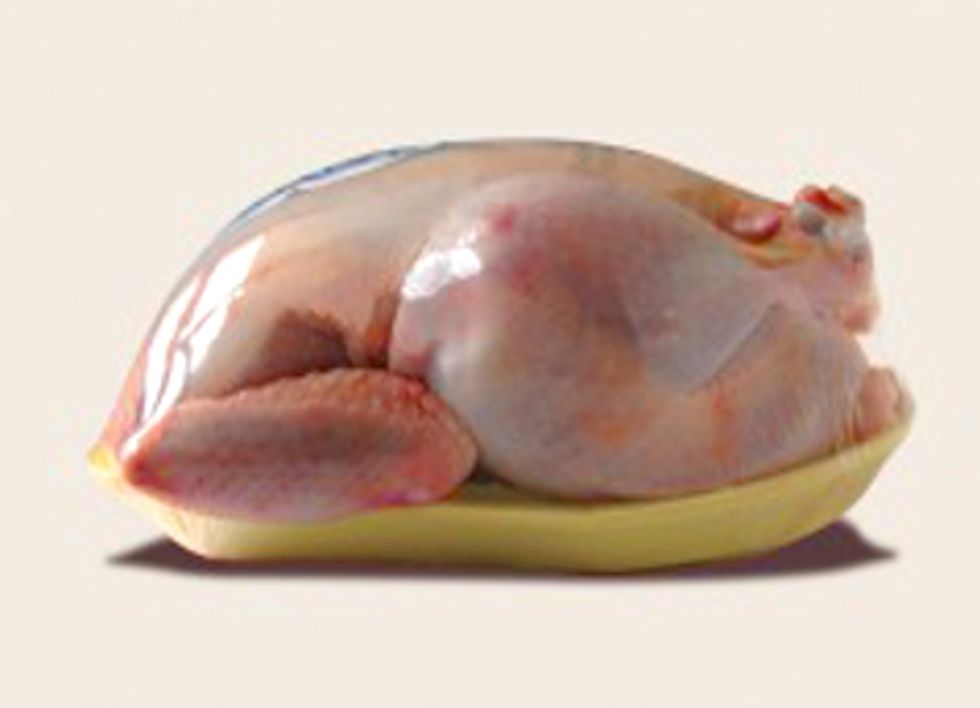 Today, the Government Accountability Office (GAO) released a scathing analysis of the Hazard Analysis and Critical Control Points-based Inspection Models Project (HIMP) in poultry slaughter, the pilot project that U.S. Department of Agriculture’s (USDA) Food Safety and Inspection Service (FSIS) is using to justify its proposal to privatize poultry inspection in some 200 poultry plants across the country.

The proposed “Modernization of Poultry Inspection” rule published by FSIS on Jan. 27, 2012, would remove most FSIS inspectors from the slaughter lines and replace them with untrained company employees, allowing processing companies to police themselves. It would also permit chicken plants to increase line speeds to 175 birds-per-minute. FSIS has received hundreds of thousands of comments from consumers opposed to this change.

“The GAO saw through the euphemistically named ‘modernization’ proposal and confirmed our fears that FSIS does not have the scientific basis to justify privatizing poultry inspection,” said Food & Water Watch Executive Director Wenonah Hauter. “Since 2008 we’ve known that the HIMP model jeopardizes food safety and this latest GAO report will hopefully serve as a wake-up call for the elimination for HIMP in order to protect consumers.”

The GAO report, requested by Senator Kirsten Gillibrand (D-NY), chair of the Senate Agriculture Subcommittee on Livestock, Dairy, Poultry, Marketing and Agriculture Security, evaluated 20 young chicken and five young turkey plants and reveals gaping methodological flaws in the pilot project. The GAO also questioned how FSIS could use its flawed evaluation of the pilot project as the basis to propose expanding the privatized inspection model across the entire poultry industry.

“Food & Water Watch called for such a review when we first learned in 2011 that the Obama Administration proposed expanding HIMP across the entire industry and we commend Senator Gillibrand for requesting this independent review of HIMP,” said Hauter. "The GAO report shows that by supporting HIMP, the Obama Administration is prioritizing poultry industry economic interests over consumers and workers in poultry plants who face faster line speeds and increased safety risks."

The USDA thwarted attempts to have any public meetings on their proposal and prevented its own National Advisory Committee on Meat and Poultry Inspection from conducting an evaluation of HIMP or making any recommendations on the proposed rule.

Yesterday, the Southern Poverty Law Center and a coalition of civil rights groups filed a formal petition urging the U.S. Occupational Safety and Health Administration to issue new work speed standards in meat and poultry plans and for FSIS to reconsider its proposed rule change for poultry inspection.

“For FSIS to truly ‘modernize’ poultry inspection, the Obama Administration needs to get the legal authority from Congress to hold companies accountable for putting contaminated food into commerce, not deregulate inspection," said Hauter. "It’s time to take a good hard look at the poor management of FSIS, withdraw the flawed rule and restore the funding in the FY 2014 FSIS budget to keep independent and trained FSIS inspectors on the job.”