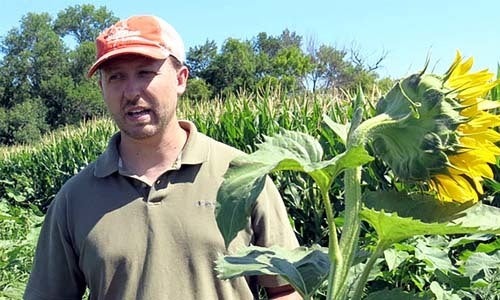 Dr. Jonathan Lundgren, an expert on the risk assessment of pesticides and genetically modified crops, worked for the U.S. Department of Agriculture (USDA) Agricultural Research for more than a decade. But when his findings on the ill effects of systemic pesticides and RNAi (a biological process in which RNA molecules inhibit gene expression) on pollinators began to gain traction and visibility, the harassment and punishments did as well.

The 40-year-old agro-ecologist and entomologist hoped that if he kept his head down, the increasing aggression would dissipate. But it didn’t. His scientific work continued to be disrupted along with his ability to communicate with other colleagues and the press. 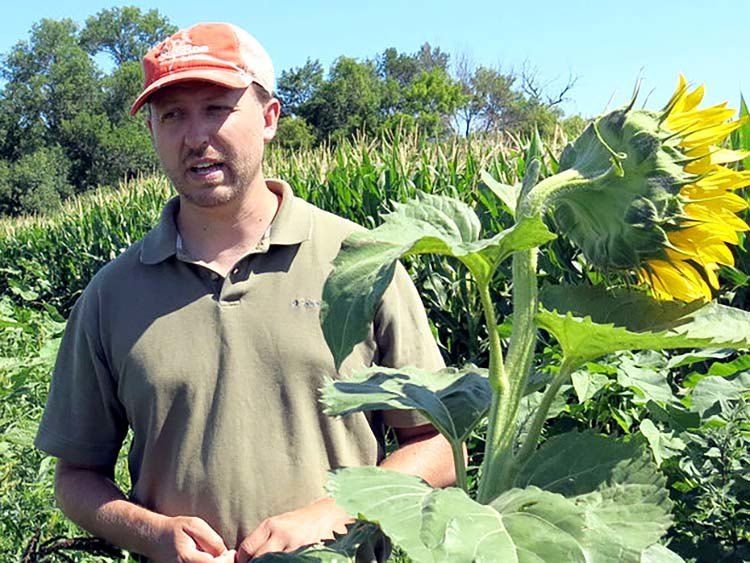 The 40-year-old agro-ecologist and entomologist hoped that if he kept his head down, the increasing aggression would dissipate. Photo credit: Dan Gunderson / MPR News

Ultimately, the coercion and intimidation derailed Lundgren’s career and he stepped down as lead scientist and lab supervisor.

“USDA is blocking science,” Lundgren affirms. “And I refused to be silenced.”

On behalf of Lundgren, The Public Employees for Environmental Responsibility (PEER) filed an official Whistleblower complaint.

“Censorship of public agency science does not affect only scientists—it concerns the public at large as well as every entity relying upon the integrity of USDA science,” PEER executive director Jeff Ruch stated. “USDA cannot piously pledge its devotion to scientific integrity while at the same rebuffing any attempts to safeguard it.”

Separately, PEER has also filed a lawsuit against the USDA to strengthen its Scientific Integrity Policy. The suit targets official restraints on USDA scientists who publish or speak about their findings in peer-reviewed journals before professional societies and other unofficial settings.

In June, USDA Chief Scientist Catherine Wotecki wrote a letter which stated that the agency refused to consider the substance of the petition because scientific integrity only affected its “internal personnel rules and practices” and was therefore exempt from the public notice and comment process normally required of agency rules.

Neonicotinoid seed treatments, manufactured by Bayer and Syngenta, have been harming honeybees since they were introduced on the marketplace in the mid ’90s. They are the most widely used insecticides with sales of about $2.6 billion. Today they’ve infected our soil, waterways and have even been fond in our blood stream. They’re harming our pollinators as well as developing human brains.

“Neonics are 5 to 10 thousand times more toxic than DDT, and the environment and everything in it is being poisoned by the toxic equivalent of hundreds of billions of pounds of DDT every year,” Tom Theobald, activist, beekeeper and founding member of the Boulder County Beekeepers Association, said.

Lundgren’s troubles began around March when he submitted an article to the scientific journal Naturwissenschaften (The Science of Nature). His data illustrated that the seed treatment and systemic pesticide Clothianidin kills monarch butterfly larvae in the laboratory and that these pesticides were found in milkweed plants, the only food source for developing larvae, under field conditions.

Several months after Lundrgen’s article was published, his direct supervisor Sharon Papiernik confronted him and informed him that the paper shouldn’t have been submitted without “official” approval. She was also upset that he’d conducted a radio interview on the topic.

“The USDA gave me the okay [to publish the study] and then after the paper drew international attention from the media, said they never did,” Lundgren recalled.

Not long after that incident, The National Academy of Sciences and Pennsylvania No-Till Alliance scheduled Lundgren to give presentations on his research on the effects of genetically modified crops on farmland ecology. It is customary for these organizations to cover his travel expenses to Pennsylvania and Washington, DC.

Lundgren was literally boarding the plane when his superiors instructed him to return home and reimburse airfare costs out of his pocket. He was reprimanded for not completing the requisite paperwork. He was told to return to his duty station immediately, that he was officially AWOL and would not be paid for the week. This was his first accidental oversight on travel paperwork in 11 years and three other employees had had similar travel oversights within six weeks before Lundgren and received no discipline.

Next, he was suspended for 30 days before they reduced it to two weeks without pay.

“That’s a severe punishment for doing my job,” Lundgren said in an interview from his South Dakota homestead Blue Dasher Farms. “The tax payers, farmers and beekeepers paid for this research to be done. I don’t work for the government, I work for the people of the U.S. They deserve to know the latest science on these issues, even if that data is politically inconvenient.” The suspension affected his personnel file, harmed his reputation and cost him more than $9,000 in lost pay and expenses.

In total, the USDA cited two infractions: providing some of his research to a scientific journal without proper approval and violating official travel policies in connection with lectures he delivered in Philadelphia and Washington, DC.

However, Lundgren said these actions were not justified and in reality they were trying to block his research.

“I am not even anti-gmo or anti-pesticide,” Lundgren said. “I just believe that if there are safer methods they should be used first. If you do things right, you don’t need them.”

Lundgren criticized GMOs and systemic pesticides in the past. One paper he coauthored suggested that soybean seeds pretreated with Syngenta’s thiamethoxam (another nicotine-based systemic pesticide) produces no yield benefits to farmers, who pay extra for the seeds and may even be hurting beneficial predators in soybean fields that farmers need to manage the aphids that the insecticide isn’t controlling. And in 2013, he wrote a paper in Bioscience on the potential dangers of “gene splicing” pesticides or RNAi, which he said require further study to determine if they would possibly harm other organisms.

He also peer reviewed a report published by the Center for Foods Safety, Heavy Costs, which was critical of neonicotinoid pesticides for proving little to no benefit to farmers and adversely affecting bees.

We put a lot of emphasis on the importance of science without taking into consideration the politics involved. For starters, science is not independent. Many universities who conduct research, for instance, are indirectly funded by big corporations who give them donations.

Meanwhile, many studies are conducted by Big Ag. For instance, the U.S. Environmental Protection Agency (EPA) does not conduct its own studies on neonics. Rather, it relies on manufacturers such as Syngenta or Bayer to do due diligence. According to a paper published in Bioscience, the EPA’s pesticide evaluation process may be riddled with flaws, allowing industry too much power and influence. What ends up happening is that the companies, who benefit from allowing these poisons on the market, design, fund and conduct toxicity studies.

This corruption puts our planet and health in danger.

And science is also not impartial. For instance, when it came to the hormone-disrupting herbicide Atrazine, the EPA accepted only one industry-funded study for review in its 2007 and 2012 assessments. That study, which looked at an amphibian that doesn’t even live on this continent, determined atrazine is safe.

There were plenty of other researchers, but they either couldn’t afford to conduct the research or their papers were conveniently disqualified for technicalities. Incidentally, the EU banned atrazine 12 years ago.

For many, these shenanigans represent a deep-rooted corruption in the USDA and EPA that have gone unaddressed for a long time.

“The USDA and EPA have become cheerleaders, enablers and marketing agents for the mega-corporations,” Theobald said. “We no longer have a government, we are governed by an un-elected cabal of industrialists. Agencies we rely on to protect us from this are in bed with the poisoners and are running away from the science. It is a crowded bed and congress is right in there with the rest of them or we wouldn’t be where we are.”

According to Lundgren, he is not alone. There are other scientists from the EPA, USDA-Natural Resources Conservation Service and USDA-Agricultural Research who have been hushed and harassed. They just haven’t come forward. Yet. In the suit, PEER cited instances where USDA scientists have been ordered to retract studies, water-down findings, remove their name from authorship (this happened to Lundgren in a paper involving the unintended adverse consequences of genetically modified corn crops) and endure long indefinitive delays in approving publication of papers that may be controversial. While media requests are either delayed or denied.

Lundgren is embracing his new-found freedom. He is pouring his energy into the Blue Dasher Farm initiative and believes that the future hinges on diversifying our food production. He wants to bridge science with innovative farmers in what will hopefully become a national network of centers of excellence in regenerative agriculture. “And through crowdfunding, we will allow the people to decide what research questions will be tackled. Independent risk assessments and beekeeper-driven science will be key to helping the bees,” Lundgren said.

“I’d like to usher in an innovation in food production and help solve the bee problem. The issues we are having with our bees has to do with the way we produce food.”

Check out his new project Blue Dasher Farm on Indiegogo and support and share.

Miller, an administrative law judge with the Merit Systems Protection Board, also set a Jan. 6 status conference for the case and ordered both parties to come prepared to talk about a possible settlement.