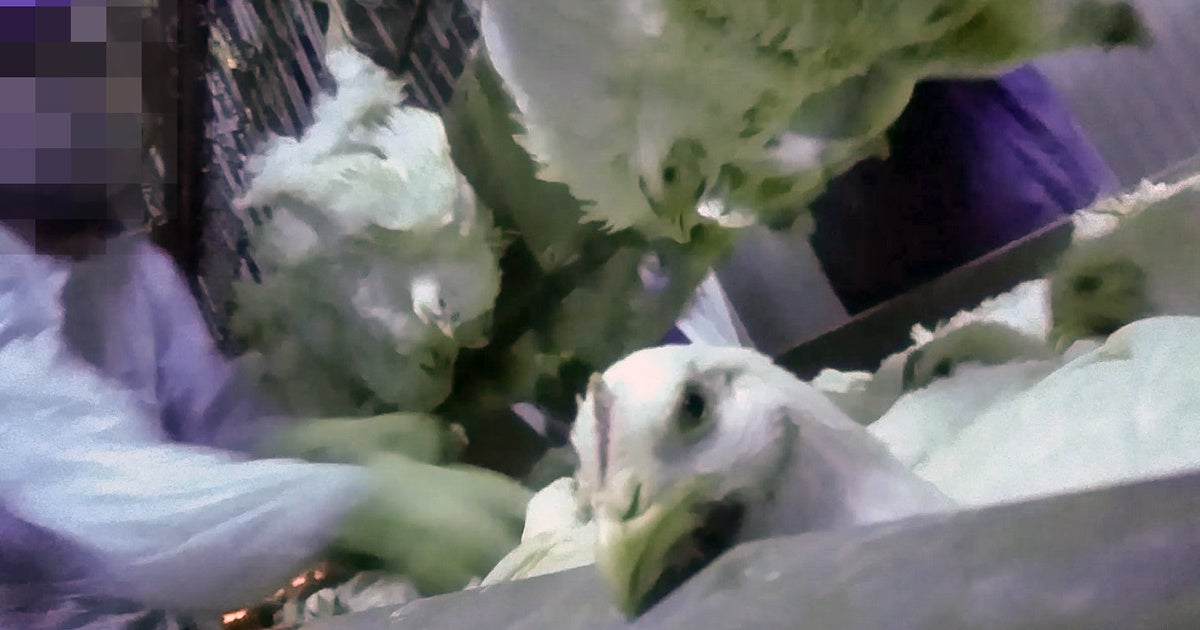 One of the U.S.’s most dangerous industries is becoming even more hazardous for workers, as animal welfare and consumer safety are also put on the line. The federal government is allowing more and more slaughter plants to kill animals at increasingly dangerous rates.

At the end of September, the Trump administration announced that the Food Safety and Inspection Service (FSIS) of the U.S. Department of Agriculture (USDA) would be granting waivers allowing chicken slaughter plants to operate at higher kill speeds—going from a staggering 140 birds killed per minute (or more than two birds every single second) to 175.

This misguided decision benefits only the profit-driven meat industry. It does so at the expense of millions of animals, workers and consumers.

Four waivers have recently been granted to chicken plants that will join 20 already killing as many as 175 birds each minute. A gut-wrenching new undercover investigation by my organization, Compassion Over Killing (COK), reveals high-speed horrors behind the closed doors of one of those initial 20 plants, and why these waivers must come to a screeching halt.

Marking the second time in just three years that a COK investigator has exposed the alarming consequences of high-speed slaughter, this heartbreaking hidden-camera footage was filmed inside Amick Farms in Hurlock, Maryland.

COK’s investigator documented workers punching, shoving or throwing birds down the hurtling line; birds slowly drowning in electrified stunning baths during equipment breakdowns; and “red birds,” chickens who were not fully bled out before entering the scalding tank—evidence that they entered the tank while still alive.

“Birds can be seen—still hanging from the shackles—in the water bath. … It is likely that the birds would have experienced prolonged, possibly painful electrical shock while they died of drowning,” said Dr. Sara Shields, a farm animal behavior and welfare specialist at Humane Society International, in an expert statement in response to COK’s footage. “This situation is totally unacceptable from an animal welfare perspective.”

COK submitted its video evidence to local authorities as well as to FSIS, urging the agency to revoke increased line speeds at Amick Farms and other high-speed plants, and stop issuing any further waivers. Though the criteria for receiving a waiver specifies that plants “must be able to demonstrate that … faster line speeds will maintain or improve food safety,” among other requirements, COK’s new investigation has shown that faster lines lead to enormous animal suffering.

Amick Farms responded to The Washington Post‘s coverage of the investigation, neglecting to take any real responsibility for the cruelties happening behind the doors of its slaughterhouse.

At current rates of 140 birds slaughtered per minute at most plants, birds are already enduring horrific suffering. In addition, workers, who must keep up with the fast-paced assembly line environment, are forced to take inhumane shortcuts. Yet, with the government’s recent announcement, we’re moving quickly backward from bad to much worse.

Other COK investigations have documented birds being improperly shackled, dumped onto the conveyor belt and being roughly handled by workers struggling to keep up with rapidly moving lines. Birds suffer during this short and tragic journey to the kill line—already having endured severely overcrowded and filthy conditions on factory farms where they were bred for unnaturally rapid growth.

After these birds spend their lives standing, eating and sleeping in their own waste (often causing painful ammonia burns on their skin) and possibly even having their legs collapse under the unnatural weight of their own genetically manipulated bodies, the life of a “broiler” chicken farmed for food culminates in the horror of painful slaughter.

In addition to the obvious cruelty toward farmed animals in the final moments of their short lives, high-speed slaughter lines also pose grave danger to workers. Many employees at slaughter plants are already vulnerable undocumented workers exploited in one of the nation’s most dangerous industries to work. Even at current line speeds, they’re often denied bathroom breaks to keep up the pace at all costs, and can suffer painful medical issues and severe injuries—even amputations.

But instead of taking pause to address the dangers of this reckless program, the USDA is expanding it—and not just for chickens.

The Public Speaks Out Against High-Speed Pig Slaughter

The terrifying truth revealed in undercover footage paints a picture very much like the horrors seen at Amick Farms: pigs being beaten, shocked and dragged to the kill floor. Many were also improperly stunned, possibly leading them to enter the scalding tank alive—just like the “red birds” documented at Amick. In this fast-paced environment, pigs covered in feces or pus-filled abscesses were also seen processed for human consumption—all with a USDA inspection seal of approval.

In April 2018, Compassion Over Killing’s former investigator, now out from behind the camera after his work at QPP and other slaughterhouses, delivered a quarter-million signatures to the USDA demanding it to end its regressive high-speed pig slaughter program.

Yet the USDA continues to frame its high-speed program as a “modernization” of the meat industry. There’s nothing modern about reducing already minimal protections for consumers, animals and workers.

Though animal organizations and workers’ rights advocates alike are fighting these reckless speed increases, and the USDA has received more than 83,000 comments regarding this program—many opposed to it—the enormous lobbying power of the National Chicken Council continues has put pressure on the USDA to eliminate speed caps altogether. The USDA has denied a countrywide increase so far, but there’s little stopping the agency from granting waivers for individual slaughter plants across the United States.

To stand in solidarity with exploited workers, tortured animals and unknowingly duped consumers, the easiest solution is to leave these cruelly mass-produced animal products off our plates. By voting with our dollars and avoiding these products altogether, we show the USDA, National Chicken Council and huge corporations running these plants that we do not support these cruel practices that harm human and non-human animals in the name of profit.

Allowing slaughterhouses to run their kill lines at even faster speeds is a reckless decision by this administration that will lead to increased animal suffering, continued worker exploitation and compromised food safety. Tell the USDA: Not so fast. Take action and sign the petition at HighSpeedHorrors.com.

Laura Cascada is Director of Corporate Outreach at Compassion Over Killing. She works to increase the availability of vegan options nationwide and bring about positive changes for animals in the meat, dairy and egg industries.

This article was produced by Earth | Food | Life, a project of the Independent Media Institute, and originally published on Truthout.