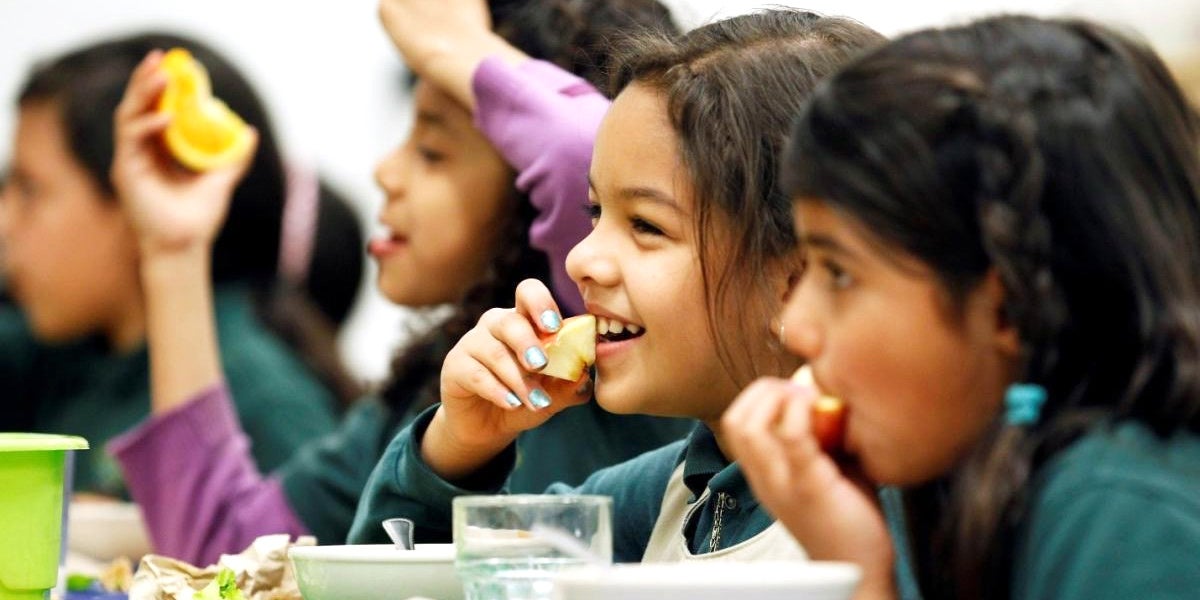 In May of 2017, USDA Secretary Sonny Perdue moved to make school meals great again by issuing a proclamation in support of more lenient school nutrition standards. Specifically, the proposed rule permits the continued use of whole grain waivers, which exempt certain products from meeting whole grain standards; freezes current sodium limits through 2020, rather than moving forward with progressive sodium targets; and allows schools to serve low-fat flavored milk, which is currently disallowed due to its added sugar and fat content.

The nutrition standards in jeopardy are among those established by the Healthy, Hunger-Free Kids Act (HHFKA) of 2010, a landmark piece of legislation championed by former first lady Michelle Obama that marked the first overhaul of child nutrition regulations in decades.

And although May of last year might seem like a lifetime ago (a few things have happened since then), the USDA is now inviting public comments on the proposed rule, with a deadline of Jan. 29.

Here are the top three reasons we should all be worried about this rule—and what’s driving us to take action to oppose it. You can submit a comment on behalf of yourself or your organization here.

Let’s get this out of the way: the most worrisome thing about the administration rolling back child nutrition standards is that the administration is rolling back child nutrition standards. Childhood obesity rates tripled between the early 1970s and 2005, prompting public health researchers to predict that, for the first time in centuries, children may have shorter life expectancies than their parents. Childhood obesity rates have since plateaued at around 17 percent—progress that has undoubtedly been propelled by nutrition and physical activity policies like the HHFKA—but we have a long way to go to change the trajectory of U.S. population health. Half of all American adults currently live with one or more diet-related chronic diseases, and about two thirds are overweight or obese. The medical costs associated with obesity now account for an estimated 21 percent of all national health expenditures. Our kids deserve better.

The proposed rule cites several justifications for altering school nutrition standards, including helping school food service authorities overcome procurement and menu planning challenges, and ensuring that students receive palatable meals that won’t go to waste. But according to the USDA, more than 99 percent of schools nationwide are already successfully meeting the nutrition standards put in place by the HHFKA. With full recognition of the tremendous amount of work it takes for schools and school food service staff to make these changes, the proof remains in the pudding: they did it. Meanwhile, the USDA reported higher school lunch revenue, greater fruit and vegetable consumption among kids, and no increase in food waste in the years following adoption of the new nutrition standards. So if this proposed rule isn’t for schools, and it isn’t for kids … who is it for? Hmm.

3. This rule could be a harbinger of more harmful regulatory rollbacks to come.

A multitude of other evidence-based health and nutrition standards were established with the passage of HHFKA, including required minimum servings of a variety of fruits and vegetables in school meals, availability of free water where meals are served, and limits on total calories, sodium, sugar, and fats in snacks sold in schools. These nutrition standards are rooted in the Dietary Guidelines for Americans, the cornerstone scientific report that guides federal nutrition policy and dietary recommendations for the general public; as such, they were adopted with the explicit aim of curbing childhood obesity and improving health outcomes for future generations. Just as a step toward these guidelines brings us closer to a healthier future, a step (or more) away takes us further, and lays bare a pointed preference for profit over people. If the “flexibility” granted to schools by this proposed rule is any indication of changes to come, we may be in some trouble.

Sarah Reinhardt is the food systems and health analyst for the Food & Environment program at the Union of Concerned Scientists.