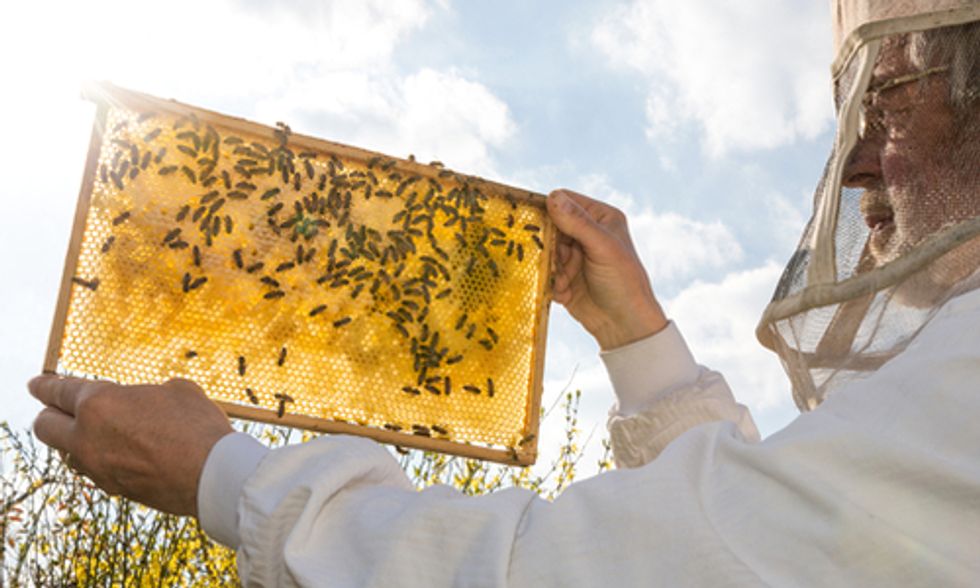 Honeybees in the U.S. are dying at a rate too high to ensure their long-term survival, according to a new report from the U.S. Department of Agriculture (USDA).

Over the past winter—a season when honeybee hives are most vulnerable—the U.S. lost 23.2 percent of its hive honeybee population. That is lower than the previous winter's 30.5 percent death rate, but the cumulative impact on honeybee populations over the past eight years poses a major threat to their long-term survival, as well as the country's agricultural productivity, the USDA said.

Roughly one-quarter of U.S. crops depend on honeybees for pollination. "Yearly fluctuations in the rate of losses like these only demonstrate how complicated the whole issue of honey bee heath has become," said a USDA researcher, citing factors such as viruses, pathogens, and pesticides.

One class of pesticides in particular, neonicotinoids, has been implicated in honeybee deaths. The European Union banned three widely used neonicotinoids last year, but they are still used in the U.S.