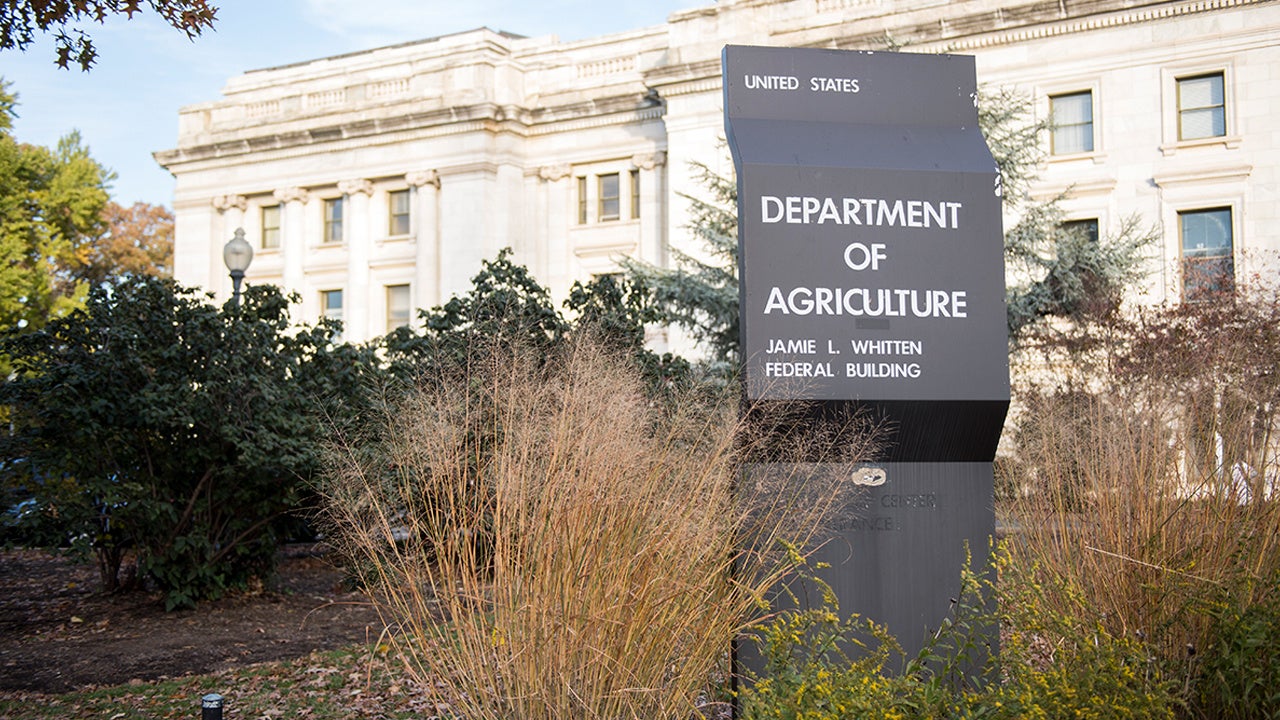 As the world focuses on the COVID-19 pandemic and its devastating impact on public health, the Trump Administration has been busy behind the scenes doubling down on its campaign to deregulate Big Ag. At the same time, it is not providing safeguards to food production workers and government inspectors who are being made to work on the frontlines without frontline employee protections.

USDA’s Food Safety and Inspection Service (FSIS) is deregulating inspection in some of the largest pork processing facilities by reducing the number of inspectors assigned to the slaughter line. They turn over critical inspection tasks to untrained company employees, and remove the cap on how fast the line can run. FSIS anticipates that 40 hog slaughter facilities will convert to this method, which is being called the New Swine Inspection System (NSIS). Those 40 facilities process over 92% of all pork in the U.S. Some of the big names in pork processing are pushing for this, such as JBS, Tyson, Smithfield, Clemens, and Quality Pork Processors. In one plant that has been experimenting with the new system, FSIS inspectors have 2.6 seconds to determine whether the company employees have performed their tasks properly. As a consequence, it is not uncommon for hog carcasses to be contaminated with feces, hair, toe nails, and bile to be greenlit for processing into bacon, pork chops, hot dogs, sausage, and other pork products.

Three lawsuits to challenge NSIS have been filed by unions representing the plant workers, animal welfare groups, and food safety advocates, including Food & Water Watch and the Center for Food Safety. FSIS hid critical information from the public when it first proposed the frighteningly minimal system. Food & Water Watch was forced to file separate litigation to obtain crucial, undisclosed information which revealed that NSIS would lead to more contaminated pork entering commerce and could lead to an animal disease — to ravage hog herds and/or be transmitted to humans. Plants that wanted to convert to NSIS had until March 30, 2020 to state their intentions. FSIS still refuses to disclose the names of those plants, leaving consumers in the dark.

While it is struggling to keep poultry plants properly staffed with inspectors during the pandemic, FSIS has stepped up its approvals of regulatory waivers to chicken slaughter plants that want to increase their maximum line speeds from 140 birds per minute to 175 birds per minute. In the first two weeks of April, FSIS approved 11 such waivers for plants operated by Foster Farms, Tyson Foods (4 plants), and Wayne Farms (6 plants). These plants have all converted to the so-called New Poultry Inspection System (NPIS) in which the number of government inspectors assigned to the slaughter line is reduced and many of their tasks are turned over to company employees. Under traditional inspection, each FSIS inspector is assigned 35 birds per minute to inspect. Under NPIS, there is only one FSIS inspector stationed at the end of the slaughter line. When a plant is granted a line speed waiver, that sole FSIS inspector is expected to examine 3 birds every second — or 175 birds per minute. The waiver process that FSIS uses is done in secret; it is not open to public scrutiny until the FSIS reveals that it has granted the waiver. Since taking office, the Trump USDA has approved 28 new waivers under this process, mostly to the big players in the poultry industry.

Inviting everyone to the new game, FSIS is recruiting cattle slaughter plants to deregulate inspection, too. In late March, FSIS approved a waiver through its secret process for a Tyson beef plant in Holcomb, Kansas that slaughters up to 6000 head of cattle per day. The waiver is designed to reduce the number of government inspectors assigned to its slaughter line, increasing its line speed. FSIS has not revealed how fast the line will run with this waiver or how many fewer government inspectors will be on the slaughter line, but we know it won’t result in safety for consumers.

All of these deregulatory moves are designed to increase production; they are not being done to improve food safety. They will contribute to expanding the industrial agriculture model by promoting the growth of factory farms. It’s even more disconcerting that it is occurring in the middle of a national crisis.

As the Trump Administration has stepped on the accelerator to deregulate in recent weeks, there are numerous examples around the country of meat and poultry plants being impacted by the spread of the COVID-19 virus. While the news has been focused on urban areas racked by the pandemic, hot spots have also emerged in rural communities in Colorado, Delaware, Pennsylvania, Alabama, Mississippi, Georgia, Iowa, South Dakota, and Nebraska where meatpacking plant workers have contracted the virus while being forced to work, forcing some plants to curtail or cease operations temporarily.

In those instances where meatpackers have insisted on continuing with business-as-usual even when their employees have gotten sick, it has pitted public health officials against company officials and even USDA Secretary Sonny Perdue.

Plant workers and even government inspectors who work at these plants have not been given adequate personal protective equipment. It is virtually impossible to practice social distancing in these plants because plant workers and government inspectors work side-by-side in slaughter and processing facilities. When workers protested these conditions, Vice President Mike Pence had the audacity to urge the workers to continue “to show up and do [their] jobs.”

Increased line speeds only create more opportunities for contamination and sickness. It’s unnecessary and it’s putting our health at risk.

Tell Congress to stop allowing USDA food safety waivers. This is no time to gamble with Americans’ health.