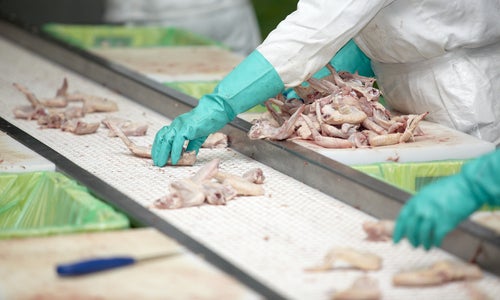 Today, the U.S. Department of Agriculture (USDA) released the final rule on a new inspection system for poultry products. The system will transfer a majority of poultry inspections from government inspectors to self-policing by the companies themselves. 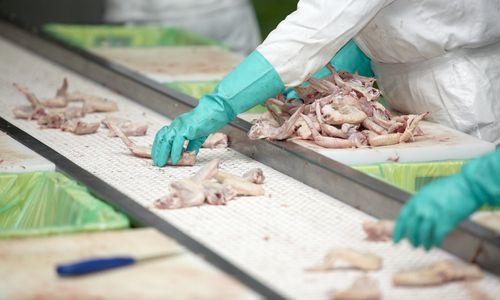 While Agriculture Secretary Tom Vilsack said the new system “places our trained inspectors where they can better ensure food is being processed safely,” Food & Water Watch Executive Director Wenonah Hauter counters that “the one USDA inspector left on the slaughter line under this new rule will still have to inspect 2.33 birds every second–an impossible task that leaves consumers at risk.”

The new regulations were first proposed in January 2012 but delayed after receiving strong opposition from animal welfare groups, consumer organizations and worker safety advocates. In 2013 the Government Accountability Office released a scathing analysis, questioning whether USDA had sufficient data to make such radical changes.

USDA received more than 175,000 public comments, mostly opposed to the proposal. There have also been petitions and several congressional letters sent to USDA and the White House urging the withdrawal of the rule.

“The fast turnaround on this rule does a disservice to consumers and workers in poultry plants,” said Hauter. “Rather than making the contents of a revised rule public and creating a new comment period, the USDA and the White House are making a dramatic change to how poultry is inspected based on incomplete data and limited public review.”

Groups express concern that the deregulation of poultry processing will lead to the dismantling of the meat inspection system as we know.