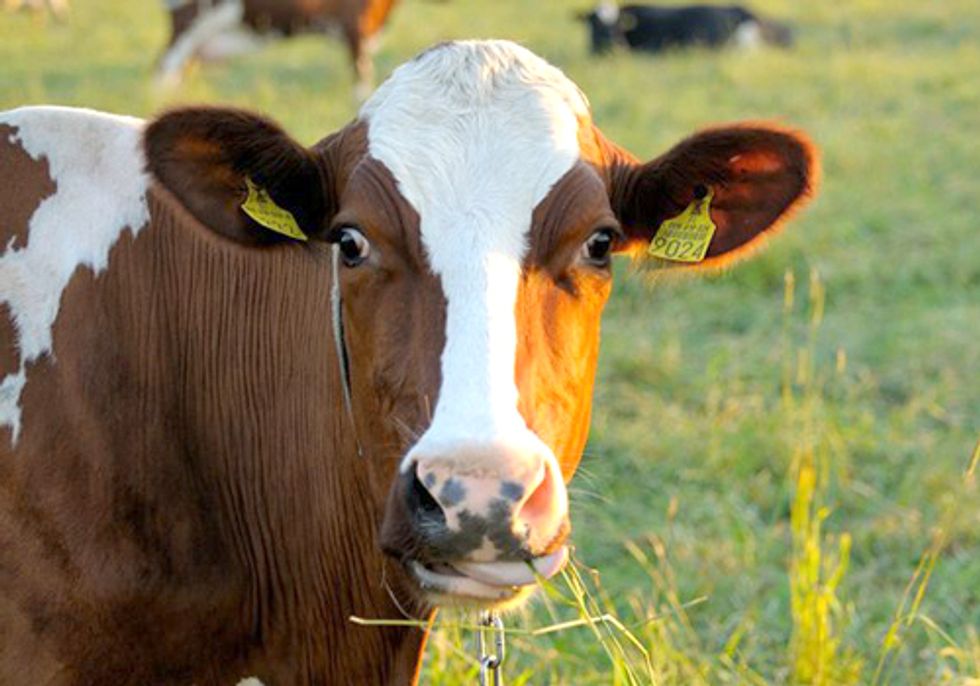 The U.S. Department of Agriculture (USDA) has quarantined a second California farm as part of its ongoing investigation into a confirmed incidence of Bovine Spongiform Encephalopathy (BSE), first reported on April 24. USDA quarantined the second farm because it is operated in close association with the dairy that housed the BSE-infected cow before its condition was detected. Additionally, USDA is investigating the ranch where the BSE-infected cow was raised 10 years ago. USDA also announced that of the two progeny known to have been born to the BSE-infected cow in the past two years, one was stillborn and the second, after being humanely euthanized, tested negative for BSE.

The origin and transmission of BSE to hundreds of thousands of cattle has been widely attributed to using cattle rendered protein produced from the carcasses of scrapie-infected sheep or cattle with a previously unidentified form of transmissible spongiform encephalopathy as livestock feed. This widespread practice of feeding substances derived from animals to other animals (even of the same species) was sharply curtailed following the BSE epidemic in the U.S. and Europe, but never fully eliminated. For example, livestock feed regulations in the U.S. continue to allow the feeding of certain mammalian slaughter by-products to calves as well as the inter-species feeding of rendered animal proteins, such as feeding poultry waste and litter to ruminants. USDA also announced that since the discovery of the infected cow, they have identified 10 different feed suppliers that delivered animal feed to the farm. Determining if the cow became sick from feed is an area where investigators are focusing close attention.

The producer of an organic livestock operation must provide livestock with a total feed ration composed of agricultural products, including pasture and forage that are organically produced and handled by operations certified to the National Organic Program (NOP). The only exceptions to these requirements are synthetic feed additives and supplements, which have been approved after review by the National Organic Standards Board (NOSB). For example, synthetic trace minerals and vitamins are allowed as synthetic feed additives in organically managed livestock. The organic livestock feed standards also prohibit the feeding of mammalian or poultry slaughter by-products to mammals or poultry. Additionally, USDA has implemented the comprehensive NOSB recommendation that requires organically managed ruminants to receive a substantial portion of their feed ration from pasture.

BSE, sometimes referred to as “mad cow disease” because of the uncontrollable trembling that cattle suffer in its latter stages, is a chronic degenerative disease affecting the central nervous system. The disease belongs to the group of transmissible brain illnesses which also includes scrapie of sheep and goats and chronic wasting disease of elk and deer. According to the Centers for Disease Control and Prevention (CDC), BSE was first diagnosed in 1986 in Great Britain. Since that time, more than 190,000 cases have been confirmed in the Great Britain alone with tens of thousands more across Europe. The number of cases peaked in 1992, and has declined continuously since that time, with 29 cases worldwide in 2011. The recent case in California, which was detected when the 10-year old cow was tested at a rendering facility, was the fourth ever confirmed in the U.S., following earlier confirmed detections in 2003, 2005, and 2006.

In 1996, a variant of a spongiform encephalopathy known to occur in humans called Creutzfeldt- Jakob Disease (vCJD) was first reported in Europe. CDC subsequently determined that, “There is now strong scientific evidence that the agent responsible for the outbreak of prion disease in cows, BSE, is the same agent responsible for the outbreak of vCJD in humans” and that the consumption of BSE-contaminated beef was responsible for the transmission of the disease. Health authorities in Europe attribute more than 100 human cases of vCJD, which is inevitably fatal, to consumption of BSE-contaminated beef. There are different scientific hypotheses concerning the origins of BSE.

Mark Purdey, a courageous British dairy farmer, advanced an alternative theory that BSE was attributable to the drenching of cattle with certain organophosphate pesticides that entered the animal’s bloodstream to kill parasites. Mr. Purdey was not able to scientifically validate his theory, but he was successful in bringing an end to the drenching requirement that has previously been mandated for all ruminants. Mr. Purdey passed away in 2006.