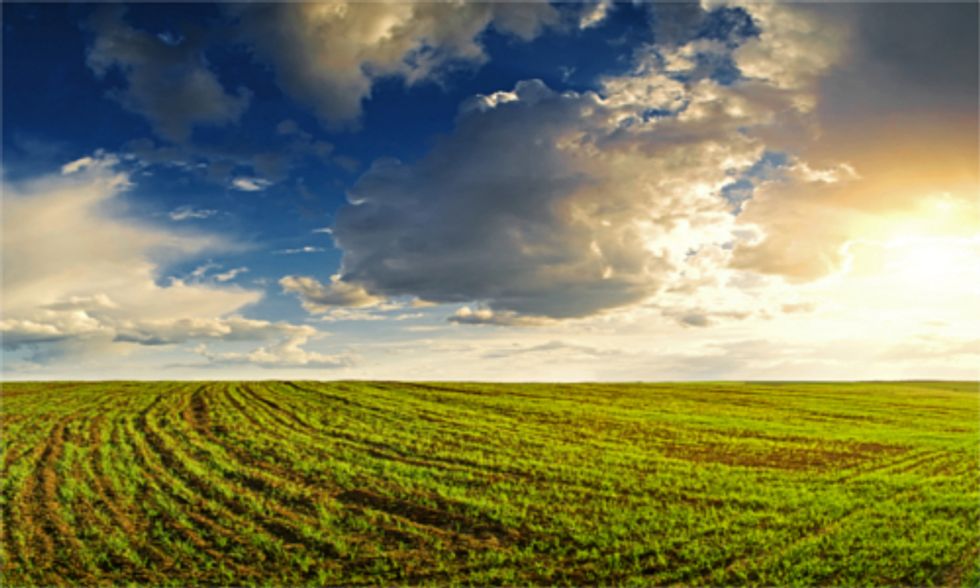 At a time when consumers are demanding greater access to organic and non-genetically engineered (GE) foods, the U.S. Department of Agriculture’s (USDA) latest, “coexistence” policy threatens the ability and right of consumers to make that shift.

The public has until March 4 to challenge the USDA’s coexistence policy. Photo courtesy of Shutterstock

The USDA coined the term ”coexistence” to refer to the idea that organic and GE crops can both be grown in this country without either adversely affecting the other. But the agency’s approach does not take into account the fact that non-GE crops can become contaminated by GE pollen and seeds that can drift many miles at a time.
The USDA argues this can be mitigated through informal neighbor-farmer agreements and by taking out insurance to pay for damages resulting from contamination. But, since GE agriculture remains completely unregulated, this so-called coexistence policy allows the biotech industry to escape liability. Instead, it puts exclusive responsibility to protect against contamination on organic and other non-GE farmers.
Organic farmers know all too well that their crops can become contaminated by GE crops as pollen and seeds drift miles away from their original planting location. The recent case of an Australian organic farmer, who sued his neighbor after he found GE canola growing on his field, demonstrates the seriousness of the problem and the tip of the iceberg. Without mandatory GE contamination prevention measures in place, organic and non-GE farmers face real risks but have little recourse to protect their businesses. Prospects of GE contamination threaten livelihoods, trading partnerships and the ability of farmers and food producers to confidently supply non-GE markets. Even the USDA admits that’s the case.
In August 2011, USDA Secretary Vilsack charged his newly appointed Advisory Committee with addressing the problem of GE contamination by identifying ways to compensate farmers after-the-fact, rather than protect them from contamination in the first place. The Committee was charged with assuming that GE contamination was an inevitable and acceptable cost of doing business, as long as the affected farmers were compensated. This is what coexistence in action looks like to the USDA. But, GE contamination is completely unacceptable to those farmers who reject the use of GE technology and who sell their crops to organic and non-GE markets. Meanwhile, many GE foods continue seeping into our food supply until there may be no turning back.
To directly address the problem, organic advocates are demanding the USDA identify and mandate the adoption of proven GE contamination measures by GE farmers and patent holders. And, they are calling upon the USDA to institute an immediate moratorium on all new GE crop approvals, until such measures can be put into place nationwide.
Until March 4, the public has a unique opportunity to challenge the USDA’s coexistence policy. The agency has issued a Federal Register Notice and opened a docket to receive public feedback on the policy, which pivots around two primary recommendations: the creation of non-binding farmer-neighbor “coexistence agreements,” and organic and other non-GE farmers taking out insurance to recoup losses from GE contamination.
In the first instance, the USDA recommends that GE and non-GE farmers voluntarily negotiate non-binding “coexistence agreements” as a way to preemptively resolve inevitable GE contamination issues. But that is unlikely, as it would pit farmer against farmer, which is neither a viable nor a long-lasting solution to conflicts in farm communities.
Instead, organic farmers will likely opt out of growing certain crops altogether rather than risk contamination. Clear losers under this option are organic and other non-GE farmers because threats of contamination preclude them from growing the crops of their choice. Moreover, the proposal ignores the real-life issues that farmers face such as short planting windows that make it difficult to stagger GE and non-GE crop plantings, absentee landlords and scenarios where contamination originates from farms located well beyond the next door neighbors’ field.
In the second instance, the USDA recommends that organic and non-GE farmers take out insurance policies to pay for damage resulting from GE contamination. This allows the biotech industry to abdicate responsibility for any harm caused to non-GE growers, making the polluted victim, not the polluter, pay compensation.
In both cases, the USDA takes responsibility for GE contamination prevention out of the hands of both the agency and the biotech industry and puts it squarely on the shoulders of organic and non-GE farmers, their families and their communities. Coexistence is not GE contamination prevention and never can be. Instead, what’s truly needed is for the USDA to develop mandatory prevention practices that protect organic and non-GE markets and consumer choice.
Visit EcoWatch’s GE FOOD page for more related news on this topic.
food
EcoWatch Daily Newsletter
Related Articles from EcoWatch
venice