USDA Focus on Nutrition Program ‘Integrity’ Is a Smokescreen 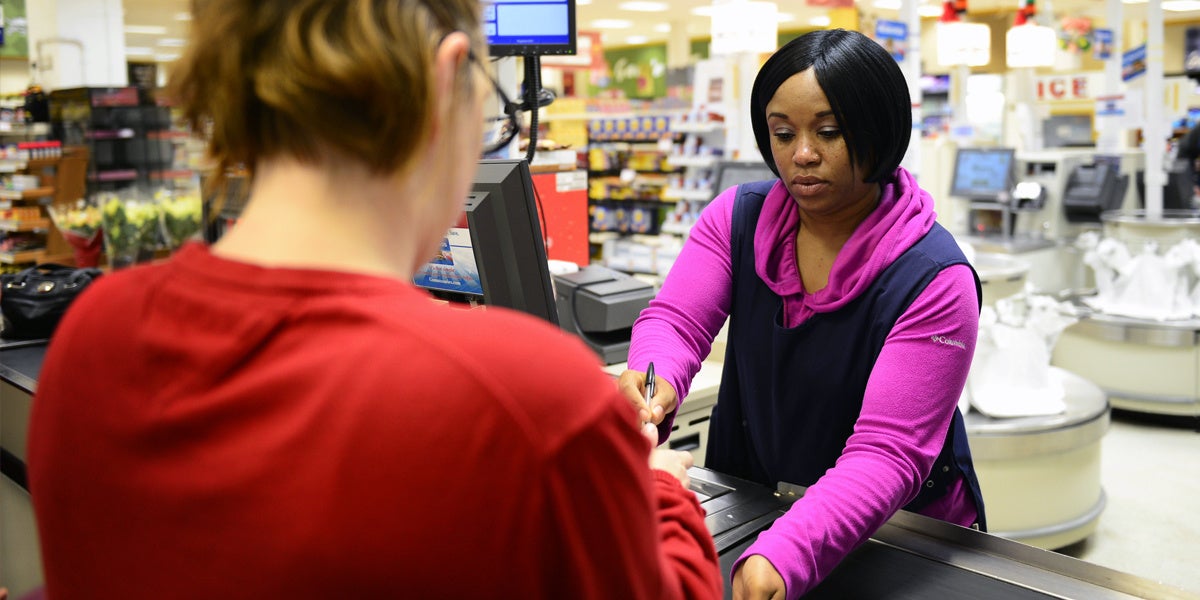 The U.S. Department of Agriculture has announced it will hire a new “chief integrity officer” to oversee federal nutrition programs such as the National School Lunch and Breakfast Programs, Special Supplemental Nutrition Program for Women, Infants and Children (WIC), and the Supplemental Nutrition Assistance Program (SNAP, formerly known as food stamps).

The integrity of SNAP in particular has been a popular topic among those in the Trump administration, including USDA Sec. Sonny Perdue, who argue that SNAP enables a “lifestyle of dependency” and seek major program reforms in the upcoming Farm Bill. But these arguments have been conjured from very little science and a whole lot of smoke—and have the effect of distracting the public from more pressing issues at hand.

SNAP is among the nation’s most effective and efficient programs

Monitoring any government program is necessary to ensure that taxpayer dollars are being spent effectively, and the USDA does so through its quality control process and periodic reports on fraud and abuse. In fiscal year 2011, as part of the Obama administration’s Campaign to Cut Waste, the USDA Office of Inspector General (OIG) conducted an extensive review of more than 15,000 stores for compliance with SNAP program rules. The results of these assessments, combined with USDA participation data, tell us the program is working as intended, and with remarkably few problems.

SNAP fraud1—broadly defined as exchanging benefits for cash or falsifying participant or retailer applications to illegally obtain or accept benefits—happens relatively infrequently, though it’s difficult to measure. The USDA’s most recent report on the topic estimated that it affected about 1.5 percent of all SNAP benefits received between 2012 and 2014. This represents a slight increase since the early 2000s (1.0 to 1.3 percent between 2002 and 2011), but remains substantially lower than in the 1990s, when reported rates were as high as 3.8 percent.

Compare this to some of the other federal programs contained in the Farm Bill—like crop insurance. Back in 2013, former USDA secretary Tom Vilsack voiced concerns about the integrity of crop insurance programs due to error and fraud rates that exceeded those of SNAP. As with SNAP, illegal activity is largely uncovered by way of criminal investigations. According to the Department of Justice, recent convictions and sentences connected with the federal crop insurance program have included the indictment of a Kentucky agricultural producer for insurance fraud, wire fraud, and money laundering; an Iowa farmer who received more than $450,000 in crop insurance proceeds illegally; a Louisiana farmer who created shell farms to receive more than $5.4 million in subsidy payments; and a Kentucky crop insurance agent whose clients received nearly $170,000 in indemnity payments for false claims. And those are just the cases from the last six months. Unlike SNAP, no chief integrity officer has been assigned to monitor fraud and abuse in the program.

So yes, we should be striving for continuous improvement in the operation of all federal programs. But explaining why SNAP in particular has come under such intense scrutiny requires some historical and political context—and a good understanding of who might benefit from maintaining old narratives.

The rise, fall and flatline of SNAP fraud

Though President Lyndon B. Johnson signed the Food Stamp Act into law in 1964, the program began to gain popularity in the 1970s, when participation doubled from 5 million to 10 million over the course of the decade. As participation increased, the USDA began to discover incidents of abuse, eventually revealing a widespread pattern of illegal activity that would plague the program for the next twenty years. Reported rates of fraud at this time were between 10 and 20 percent.

The widespread abuse lent itself to growing public disapproval of the food stamps program and, accompanied by racist and classist rhetoric around so-called “welfare queens,” fueled substantial program reform by the Reagan administration in the early 1980s.

But what likely ushered in drastic improvements in rates of fraud and abuse was the introduction of new electronic benefit transfer (EBT) systems, which fully replaced paper food stamps in 2004. In addition to requiring a 4-digit PIN number, EBT cards create a record of each purchase, increasing the ease with which agencies can identify and document illegal use.

That brings us, more or less, to the efficient and effective program that we’ve seen for the last decade.

Despite how well SNAP works, politicians have continued to frame it as a program that suffers from rampant misuse and illegal activity. For those seeking drastic budget cuts and reforms, that negative narrative grants permission to discredit both the program and those who use it—and one needs to look no further than President Trump’s welfare reform proposals or Speaker Paul Ryan’s comment about the tailspin of “inner-city culture” to know that the legacy of the welfare queen is alive and well.

To get a sense of where this is all headed, keep your eyes on USDA Secretary Sonny Perdue—if you can. He’s been making some quick pivots lately.

At a May 2017 House Appropriations Subcommittee on Agriculture hearing, Perdue stated that “SNAP has been a very important, effective program,” and that the agency was considering no changes. “You don’t try to fix something that isn’t broken.”

Less than a year later, the secretary has voiced his support for a number of proposed program changes, including stricter work requirements for adults without dependents. Not unlike the recent announcement aimed at nutrition program integrity, these proposals are often grounded more in political ideology than fact. USDA’s own data shows that most SNAP participants who can work do work—albeit in unstable jobs—and counters the notion that participants stay on the program for long periods of time.

When the House releases its draft of the Farm Bill, which may happen as early as this week, Perdue’s response (or lack thereof) could provide insight on the policy proposals he’s prepared to support. More than likely, he’ll continue to endorse the positions of his party—but then again, we’ve been surprised before.