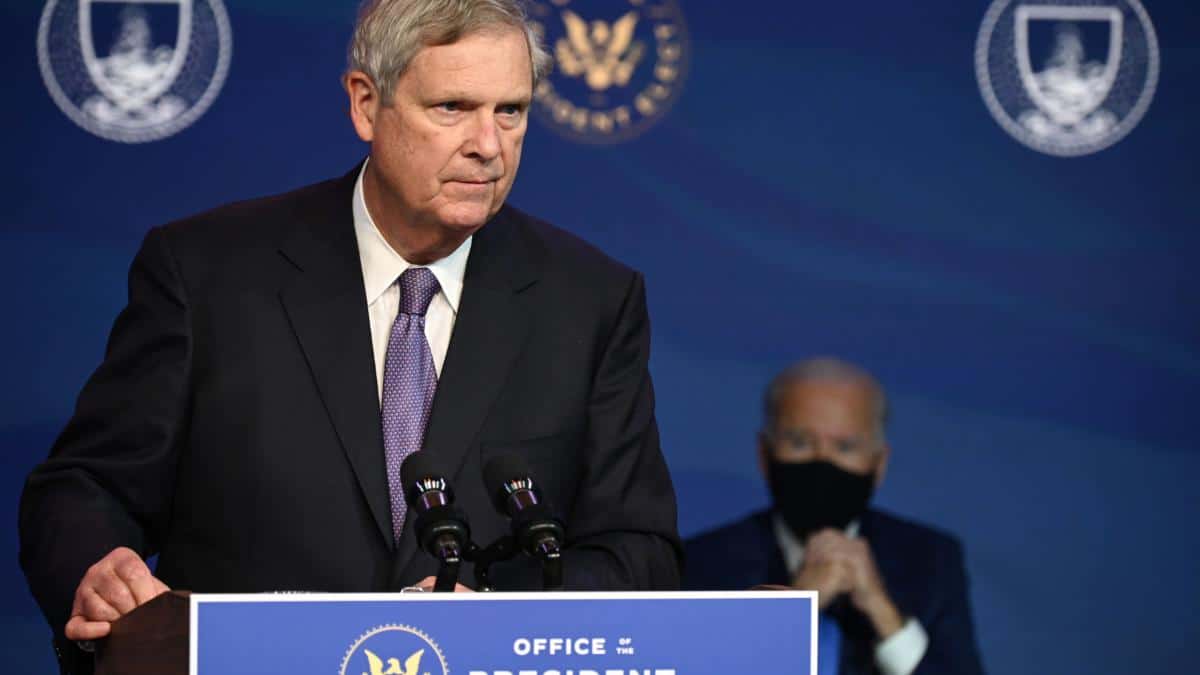 The Senate voted 92-7 to confirm Vilsack, with Sanders (I-Vt.) and six Republicans opposing his appointment. Sen. Jeanne Shaheen (D-N.H.) was the only member who did not vote.

In a statement on his decision, Sanders first said that “I have known Tom Vilsack for many years and look forward to working with him as our new secretary of agriculture.”

“I opposed his confirmation today because at a time when corporate consolidation of agriculture is rampant and family farms are being decimated, we need a secretary who is prepared to vigorously take on corporate power in the industry,” Sanders explained. “I heard from many family farmers in Vermont and around the country who feel that is not what Tom did when he last served in this job.”

The Hill reports Sanders made similar remarks about Vilsack to journalists after the vote, saying that “I think he’ll be fine, but not as strong as I would like.”

The progressive group RootsAction praised Sanders on Twitter for taking a stand against Biden’s pick to run the U.S. Department of Agriculture (USDA).

Bernie Sanders voted against Tom Vilsack's nomination. It's great to see the Senator stick to his principles and vote against a corporate establishment candidate like Vilsack. #RejectVilsack

“This is the correct vote. Vilsack failed farmers, farmworkers, the land, and the public, and Shirley Sherrod,” Teachout tweeted, referencing the former Georgia state director of rural development at USDA who was ousted under Vilsack.

Sherrod, who is Black, recently told The 19th that “I have no ill will towards him, none at all,” but added that if Vilsack returned as USDA chief, “he should be ready to get on the ground to make real change this time around. And we need to hold him to it. Black people need to see some real change.”

As Common Dreams previously reported, Vilsack has faced criticism for the USDA’s treatment of Black farmers when he headed the department during the Obama administration—among other critiques.

Center for Food Safety policy director Jaydee Hanson said in December that Biden’s potential selection of Vilsack was “a huge step backwards in our urgent need to support agricultural systems that protect public health, the environment, and mitigate the ongoing climate crisis.”

Early Tuesday, in anticipation of Vilsack’s bipartisan confirmation, Food & Water Watch executive director Wenonah Hauter—whose group has been raising alarm about him for months now—issued a warning about what to expect going forward.

“We can confidently predict what Tom Vilsack’s leadership of the Agriculture Department will look like, because he’s led it before. And the prediction is grim,” she said. “In his previous stint at USDA, Vilsack backed mass corporate consolidation of our food system at the expense of struggling family farmers. Similarly, he readily advanced industry-driven initiatives allowing companies to inspect their own poultry processing plants, dismantling federal oversight of food and worker safety.”

“This administration needs to drastically shift course from the Trump era by supporting sustainable, independent farming, halting the toxic expansion of polluting factory farms, and ultimately, prioritizing consumer health and worker safety,” Hauter added. “We have little hope that Tom Vilsack cares to undertake this effort, so we will be pressuring him doggedly to see the light.”