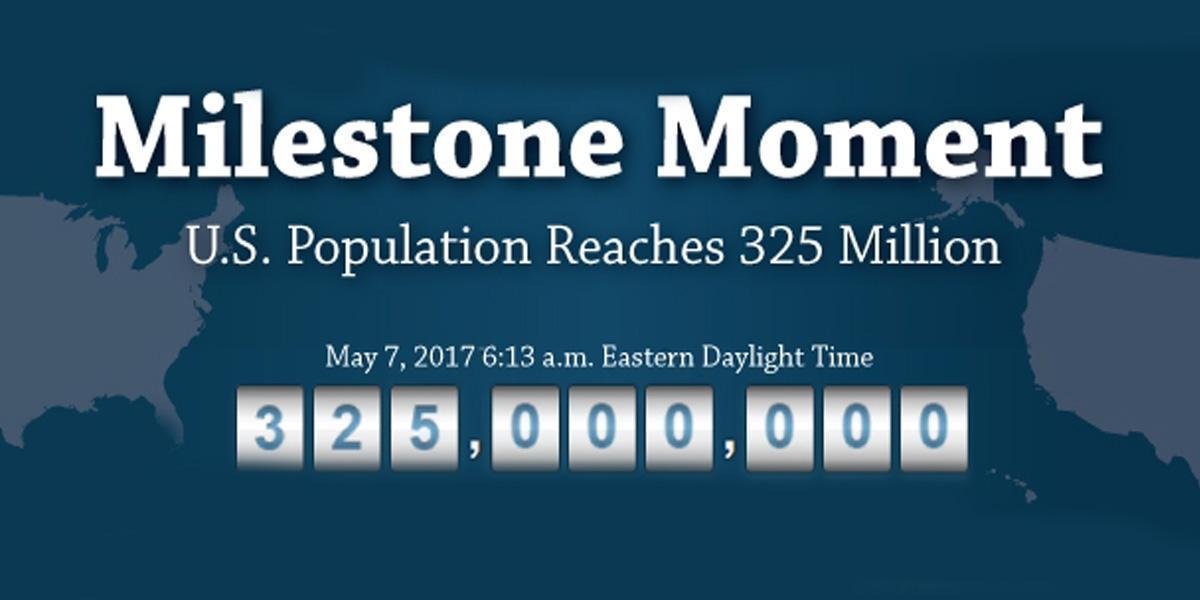 The total number of people living in the U.S. surpassed 325 million Sunday, according to the U.S. Census Bureau.

In the past 50 years, as the global human population has doubled, wildlife populations have been halved. During that same period, the U.S. grew by more than 100 million people. The United Nations predicts that the world’s human population will reach 9.7 billion by 2050 and exceed 11 billion by 2100.

“Hitting this population record highlights the danger of the Trump administration’s attacks on reproductive healthcare and environmental protections,” said Leigh Moyer, a population organizer at the Center for Biological Diversity.

“We’re crowding out wildlife and destroying wild places at alarming rates, and Trump’s reckless actions will worsen the effects of our unsustainable population growth, overconsumption and urban sprawl.”

The U.S. Census Bureau estimates that the U.S. population grows by one person every 14 seconds. While the U.S. accounts for less than 5 percent of the global population, it is responsible for at least 15 percent of global greenhouse gas emissions.

The Trump administration has already instituted policies that prevent U.S. dollars from funding clinics that provide family planning and reproductive health aid if they also provide abortion service, despite the fact that government money is not used to fund abortion. The administration has also taken steps to roll back protections for wildlife, clean air and water and the climate, which all face increased pressure with a growing population.

The Center for Biological Diversity’s population and sustainability program promotes a range of solutions, including universal access to birth control and family planning, as well as education and empowerment of women and girls.

One way the Center for Biological Diversity highlights the connection between human population growth and the wildlife extinction crisis is by distributing free Endangered Species Condoms. More than 725,000 have been given away since 2009.