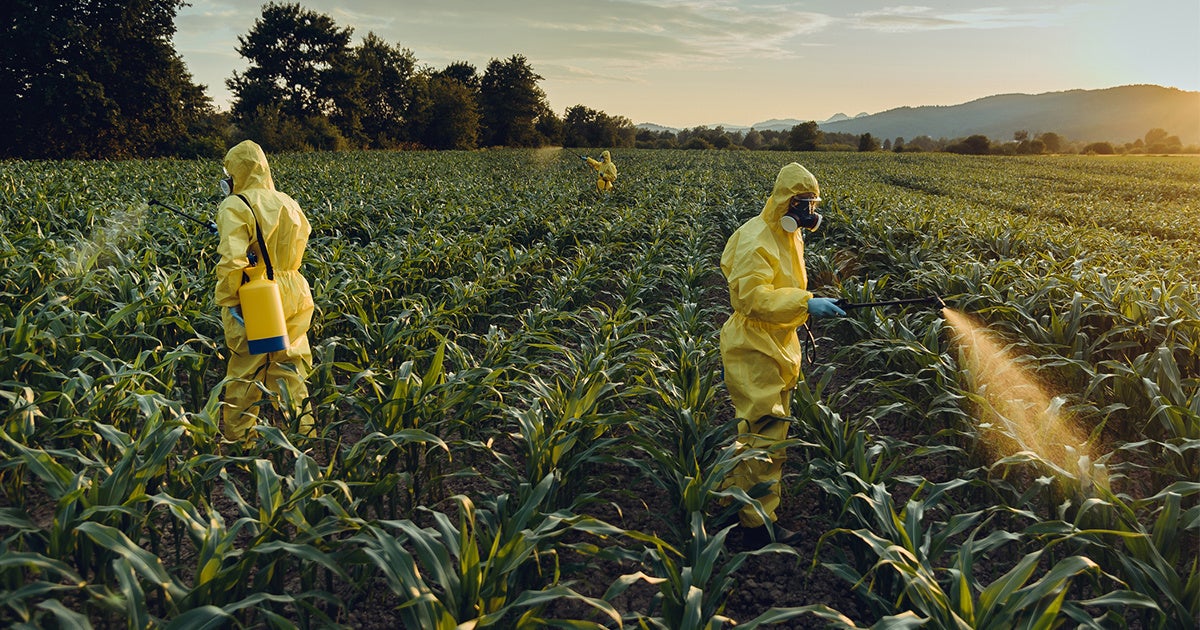 When it comes to banning harmful pesticides, the U.S. lags behind the European Union (E.U.), China and Brazil, according to a study published in the journal Environmental Health. Eighty-five pesticides currently in use across the country have been banned or are in the process of being phased out in the three nations, in large part due to their harmful impact on human health or the environment.

In all, that means that about one-in-ten American-used pesticides contain ingredients that are either banned, not approved or have an otherwise unknown status in the E.U., China and Brazil. Many of these pesticides have been linked to acute poisoning in the U.S., some of which are considered highly poisonous in high dosages and have been connected to lung damage, convulsions, respiratory failure, coma and even death.

“It’s appalling the U.S. lags so far behind these major agricultural powers in banning harmful pesticides,” said study author Nathan Donley, who is affiliated with the Center for Biological Diversity. “The fact that we’re still using hundreds of millions of pounds of poisons other nations have wisely rejected as too risky spotlights our dangerously lax approach to phasing out hazardous pesticides.”

The study focused on 13 pesticides that are currently approved in the U.S. but banned in at least two of the three other leading agricultural economics, though the researchers compared the approval status of a total of more than 500 pesticides used in outdoor applications. Of the 1.2 billion pounds of pesticides used across the nation in 2016, 322 million pounds had been banned or were being phased out in the E.U., compared with 40 million pounds in China and 26 million in Brazil.

“The USA is generally regarded as being highly regulated and having protective pesticide safeguards in place. This study contradicts that narrative and finds that in the last couple of decades, nearly all pesticide cancellations in the USA have been done voluntarily by the pesticide industry,” said Donley. “Without a change in the U.S. Environmental Protection Agency’s (EPA‘s) current reliance on voluntary mechanisms for cancellations, the USA will likely continue to lag behind its peers in banning harmful pesticides.”

Though states like California and Washington have taken individual action towards the banning of certain pesticides, a majority of those still in use across much of the U.S. had not decreased in the last 25 years or had even stayed the same or increased in the last decade. Generally speaking, the studied pesticides are used to kill “problem” weeds, an issue that occurs in all four of the nation-states but doesn’t explain why they are still so prevalent across the country.

Donley argues this lag in banning has to do with deficiencies in the pesticide regulatory process. Though the EPA is given authority to ban pesticides under the Federal Insecticide, Fungicide, and Rodenticide Act, the majority of cancellations comes from voluntary decisions made by pesticide producers following economic outcomes rather than in response to human or environmental health.

“Bans are the most effective way to prevent exposures to highly hazardous pesticides and can spur the transition to safer alternatives,” said Donley. “A combination of weak laws and the EPA’s broken pesticide regulatory process has allowed the pesticide industry to dictate which pesticides stay in use. That process undermines the safety of agricultural workers and anyone who eats food and drinks water in this country.”

Since 1970, more than 500 pesticides have been used. Just 134 of those have been cancelled due to their harmful nature, and less than one-third of those were prohibited by the EPA.

The study is quick to advise that it did not compare the effectiveness of pesticide regulation between nations and may not accurately reflect other safeguards that may protect consumers against the harmful effects of pesticides, such as restrictions on pesticide labels.