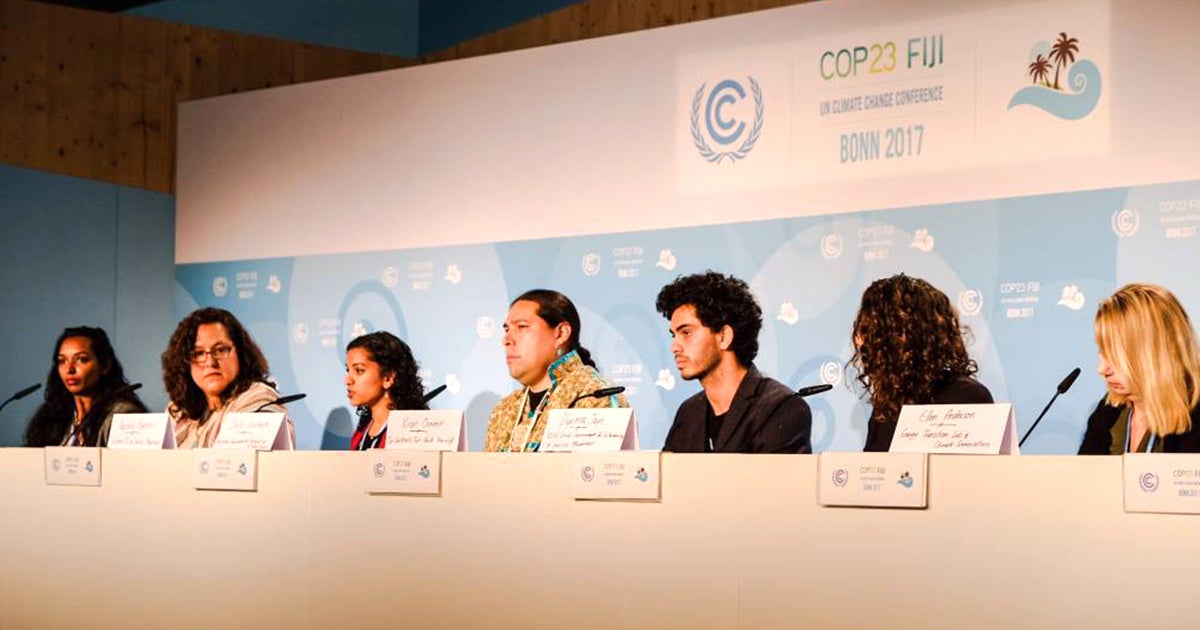 Community and grassroots leaders from the U.S. on Tuesday announced their platform at the United Nations Climate Change Conference (COP23). The “U.S. People’s Delegation” is attending to counter the Trump administration’s fossil fuel agenda and to hold U.S. states, cities, businesses and the public accountable to climate action commitments.

The platform includes youth, Indigenous peoples, frontline communities, advocates and policymakers who have come to Bonn, Germany with organizations from across the U.S. They have come together to show what climate leadership should look like.

“We are here to let the world know that most Americans support action on climate change, despite what you hear from Washington,” said Ellen Anderson of Energy Transition Lab, with the Climate Generation delegation. In our state of Minnesota,we are leading the way for the Heartland of America, showing that you can cut carbon, build out renewable energy, create thousands of good-paying jobs, and save money by shifting to a clean energy economy.”

With the Trump administration rolling back climate protections, expanding fossil fuel development, ramming through dirty infrastructure and withdrawing the U.S. from its commitments to the Paris climate agreement, the People’s Delegation and the organizations involved are taking action to protect communities and isolate the administration by demanding a fossil free future and real climate action on the local level.

“I have seen climate change-fueled floods destroy lives and livelihoods where my family is from in India. In southern India, thousands of farmers have committed suicide because of drought,” said Varshini Prakash of SustainUS and Sunrise Movement. “Within my lifetime, my home in the states could be underwater if we do nothing to stop climate change. No one should have to live in fear of losing the people that they love or the places that they come from.”

Among the demands are:

At COP23, while the People’s Delegation is calling for meaningful climate action, the Trump administration is pushing coal, natural gas and nuclear energy as an “answer” to climate change.

“From monster hurricanes to the wildfires and deadly heatwaves in the American West, 2017 has shown that the threat of climate change is now,” said Dyanna Jaye, representing ICLEI U.S. Local Governments for Sustainability and Sunrise Movement. “Yet Trump has allied with fossil fuel CEOs who are dead set on profiting from pollution, including Exxon CEO turned Secretary of State Rex Tillerson. They have no right to represent the American people. Though Trump and his billionaire friends may try to pull us backwards, we, everyday Americans, will keep moving our country forward and make sure our cities, universities and states take the action we need to stop climate change and create good jobs in our communities.”

Among the events that the people’s delegation will conduct this week that are open to the public:

For more information on the U.S. People’s Delegation and the organizations involved, please go to: www.350.org/uspeoplesdelegation

Reposted with permission from our media associate 350.org.