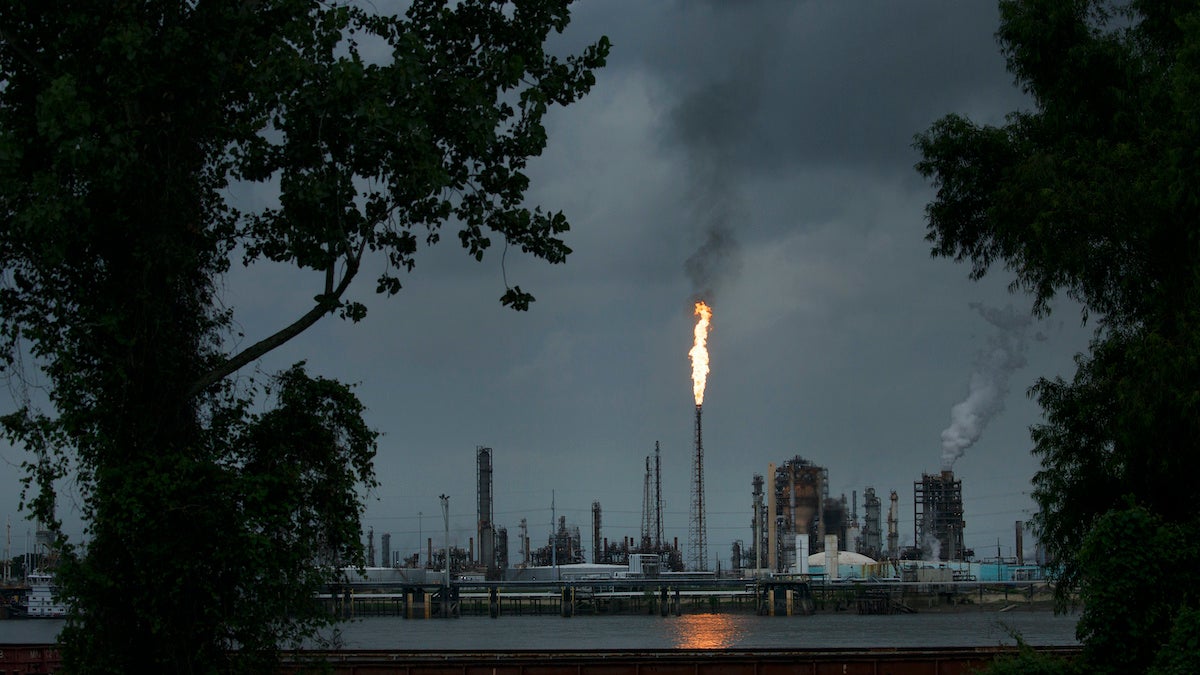 One of the more positive environmental developments in the U.S. in recent years has been the shutdown of deadly, high-emitting coal-fired plants. But now, a study has found that new oil and gas infrastructure could counteract much of that progress.

The report, released by the Environmental Integrity Project (EIP) Wednesday, found that the oil and gas industry is building or expanding 157 plants over the next five years and increasing drilling operations. Together, these projects could release the greenhouse gases of 50 new coal-fired plants by 2025.

“The US is already struggling to meet climate commitments and transition to a low-carbon future,” EIP Research Director Courtney Bernhardt said in a press release. “This analysis shows that we’re heading in the wrong direction and really need to slow emissions growth from the oil, gas, and petrochemical industries.”

Our new report, “Greenhouse Gases from Oil, Gas, and Petrochemical Production,” finds that oil, natural gas and petrochemical companies could release up to 30% more greenhouse gas pollution by 2025 than they did in 2018. https://t.co/IOz4HQTIbb

The findings cast doubt on the argument that natural gas could be a “transition fuel” from dirtier energy sources to renewable energy, Courthouse News Service pointed out. While the fracking boom, and the cheap natural gas that followed, has encouraged utilities to move away from coal, the continued growth of the sector threatens to undo the good it has enabled. While greenhouse gas emissions at U.S. power plants decreased by around 322 million tons between 2012 and 2017, new infrastructure and production is set to increase emissions by 227 million tons by 2025. That would mean a 30 percent increase over the industry’s 2018 emissions, the report found.

“So that pretty much erases a lot of the progress since 2012,” Bernhardt told Courthouse News Service.

This is backed up by other researchers. A study released Tuesday by the Rhodium Group found that U.S. emissions fell less in 2019 than they would have if it weren’t for the oil and gas sector: While coal plant emissions fell 18 percent, almost half of this was offset by rising oil and gas emissions, Climate Liability News reported.

The EIP based its data on projected oil and gas field outputs from the U.S. Energy Information Administration and on the greenhouse gas limits included in Clean Air Act permits granted to the 157 large projects it considered. The sector’s total emissions by 2025 will likely be higher than the EIP figure because that figure does not include smaller oil and gas projects that did not require permits.

All this new infrastructure has consequences beyond contributing further to the climate crisis. The non-carbon pollutants the 157 large projects would emit include

The new oil and gas facilities would also increase the pollution burden in places that already struggle with public health.

A map of the locations of major future emission sources from the oil, gas, and chemical sectors in the U.S. from 2019-2025. For more analysis of these projects and their emissions, see our new report. https://t.co/IOz4HQTIbb pic.twitter.com/yFHHzxK16n

Around half of the new projects will be built in Texas and Louisiana, Climate Liability News reported. This includes a new Formosa Plastics facility in St. James, Louisiana, a majority black community that already has one of the highest cancer rates in the U.S. The facility could release more greenhouse gases than any of the other 156 projects EIP considered.

“This is a slow death. I think this is genocide — you’re intentionally killing people,” Sharon Lavigne, the founder and president of grassroots, anti-fossil-fuel group RISE St. James, told Climate Liability News. “We are not about to give up.”

EIP made four recommendations for countering the rise in greenhouse gases and other pollutants from oil and gas facilities.

“We need to get on top of the runaway growth in greenhouse gas emissions from oil, gas, and petrochemicals and get standards in place to restrain that growth before it’s too late,” EIP Executive Director Eric Schaeffer told Grist.