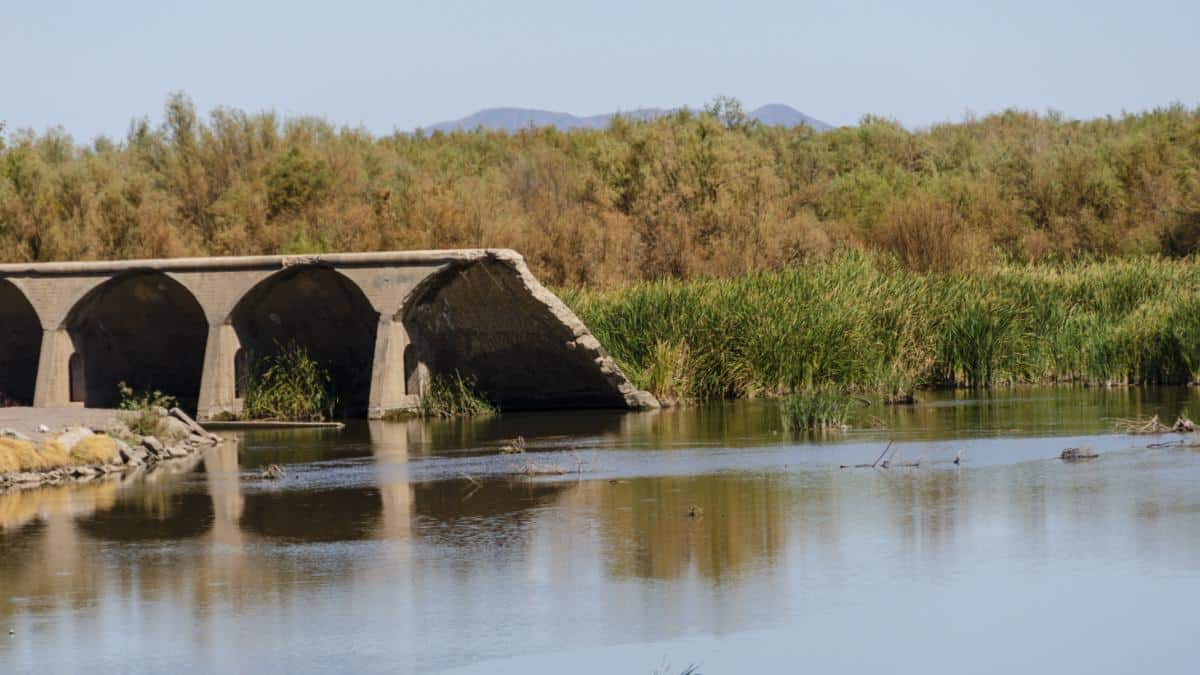 A majority of America's dams require billions of dollars in upgrades for them to handle heavier precipitation. skibreck / Getty Images

The American Society of Civil Engineers (ASCE) gave America’s infrastructure a C- grade in its quadrennial assessment issued March 3. ASCE gave the nation’s flood control infrastructure – dams and levees – a D grade. This is a highly concerning assessment, given that climate change is increasingly stressing dams and levees as increased evaporation from the oceans drives heavier precipitation events.

The group’s 2021 report card gave the nation’s 91,000-plus dams a D grade, jus as they had received in each of its assessments since the first one was issued in 1998. Drawing upon the latest data from the Association of State Dam Safety Officials, ASCE estimated the cost of rehabilitating all U.S. dams at .6 billion, of which .6 billion is needed for federal dams. Over half (56.4%) of U.S. dams are privately owned. The cost to rehabilitate deficient high-hazard-potential dams, whose failure would result in loss of life, is estimated at nearly billion. Over 2,300 dams in the U.S. are in this category. The average age of America’s dams is 57 years.

The report identified one program that can help address existing funding needs – the High Hazard Potential Dam Rehabilitation Program authorized in the 2016 Water Infrastructure Improvements for the Nation Act. The goal of this program is to help fund the repair, removal, or rehabilitation of the nation’s non-federal, high-hazard-potential dams. In federal fiscal year 2020, Congress appropriated million for the program, less than 0.1% of the state dam safety group’s needs estimate, and a quarter of the million Congress had authorized for the program. 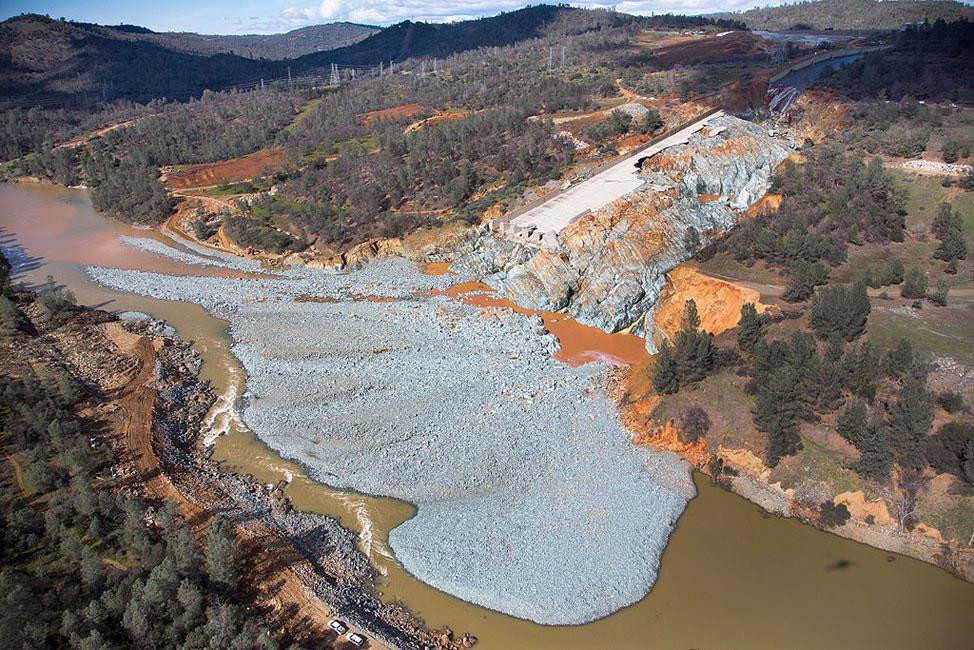 Figure 1. Debris fills the Feather River from the damaged spillway of California’s Oroville Dam, the nation’s tallest dam, after its near-collapse in February 2017. The Oroville incident forced the evacuation of nearly 190,000 people and cost .1 billion in repairs. California Department of Water Resources

A 2019 story by the Associated Press reported that the most recent U.S. fatalities from a dam failure were in March 2019, when the 92-year-old Spencer Dam on the Niobrara River in Nebraska failed, killing one person. The most recent previous dam failure fatalities involved seven people killed on Hawaii’s Kauai Island in 2006 after the earthen wall of the Kaloko Reservoir collapsed.

A 2019 YaleEnvironment360 story by Jacques Leslie reported that “many people living on property that would be flooded if a dam fails are unaware of that possibility, in part because federal officials blocked public access to inundation maps after the September 11, 2001, terrorist attacks. In recent years, some states have again made the maps available. California requires that prospective buyers be informed if a property is in an inundation zone, a practice that should be far more widespread.” The 2021 ASCE report card recommended initiating a public awareness campaign that would alert residents of the location and condition of dams in their area. 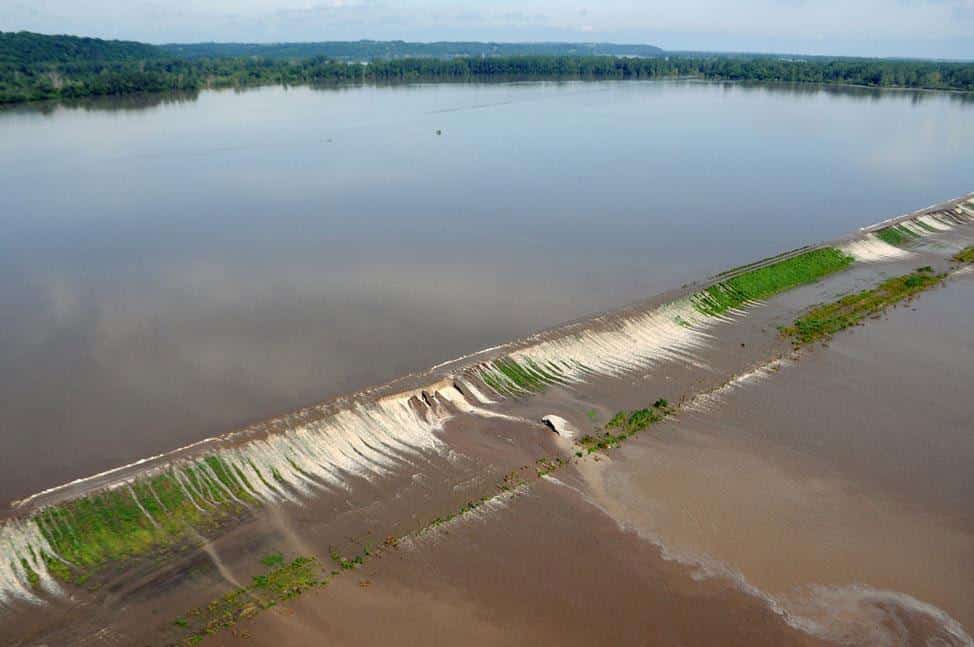 Figure 2. The L-550 levee on the Missouri River overtopping during the spring 2011 floods. USACE

In spring 2019, the midwest U.S. experienced severe flooding, causing over billion in damage. More than 80 Corps of Engineers levee systems were overtopped or breached, sometimes multiple times, and more than 700 miles of levees were damaged. Levee repairs were estimated at billion. However, the Army Corps estimated that the levees prevented almost 0 billion in flood damages from October 2018 to September 2019. At least 17 million people live or work behind a levee, and U.S. levees protect .3 trillion in property, so the condition of these levees is critical. In addition, approximately 1,400 sites listed in the federal Toxic Release Inventory – including many EPA Superfund sites – lie in areas at high risk of flooding, according to a 2018 New York Times analysis.

In that context, the Civil Engineers’ 2021 report card grade of D for the nation’s 40,000 miles of levees is concerning. Drawing upon the latest data from the Corps of Engineers, the ASCE says in its report card that billion is needed to improve and maintain just the moderate to high-risk levees in the Corps of Engineers portfolio. That is about 15% of the known levees in the U.S.

U.S. levees are, on average, 50 years old, many built using engineering standards less rigorous than current best practices. Encouragingly, fewer than 4% of U.S. levees are rated high or very high risk, down from 5% in 2017. However, 80% of high- or very high-risk levees have issues that likely would result in a breach prior to overtopping in an extreme flood, the report said.

The report card identified one program that can help address existing funding needs – the National Levee Safety Program. In federal fiscal year (FY) 2021 this program was funded at million, just 0.02% of the billion needed, and just 6% of its FY21 million authorization. 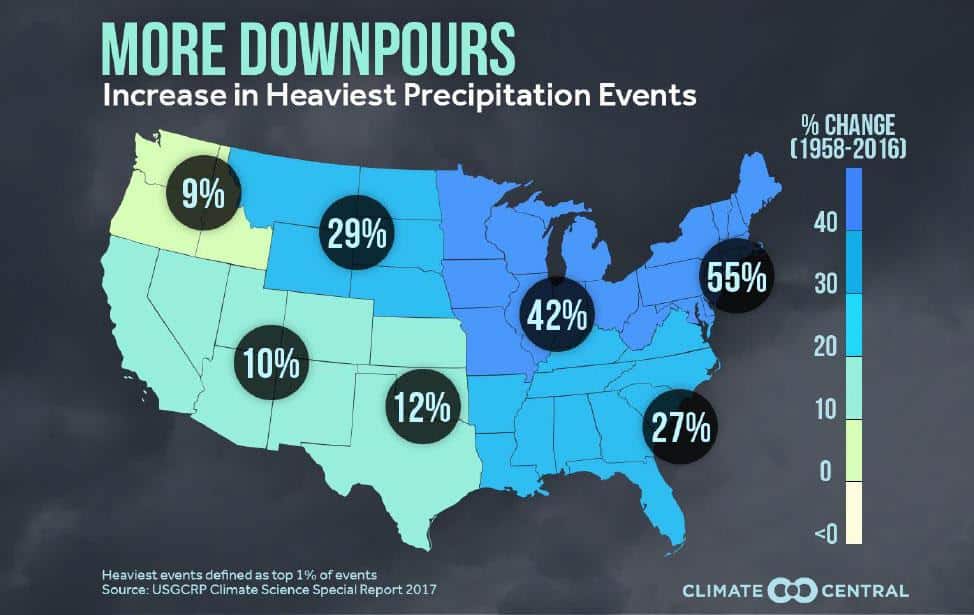 Figure 3. The change in heavy downpours (defined as the top 1% of precipitation events) from 1958-2016, from the 2018 U.S. National Climate Assessment. Climate Central

Increased precipitation in the U.S. in recent decades, partially the result of climate change, has caused an additional .5 billion a year in U.S. flood damages, according to a January 2021 study in the Proceedings of the National Academy of Sciences. The researches, climate scientists at Stanford University, found that between 1988 and 2017, heavier precipitation accounted for more than one-third of the 0 billion in damage. Causing heavier downpours, “Climate change may be exacerbating the cost of flooding,” the authors concluded.

In an interview with E&E News, Study co-author Noel Diffenbaugh said in an interview with E&E News that “there is real economic value in avoiding higher levels of global warming. That’s not a political statement. That’s a factual statement about costs. And it also shows that there’s real economic value to adaptation and resilience because we’re clearly not adapted to the climate change that’s already happened.”

The number of “extreme streamflow” events observed in U.S. river systems since 1910 has increased significantly, according to a December 2020 study from Dartmouth College.

Along rivers that observed significant changes in streamflow in recent decades, the incidence of extreme streamflow events has doubled in frequency since the 1950-1969 period. Evan Dethier, a postdoctoral researcher at Dartmouth and lead author of the paper, said in an interview with phys.org that “the shifts toward more extreme events are especially important given the age of our dams, bridges, and roads. The changes to river flows that we found are important for those who manage or depend on this type of infrastructure.”