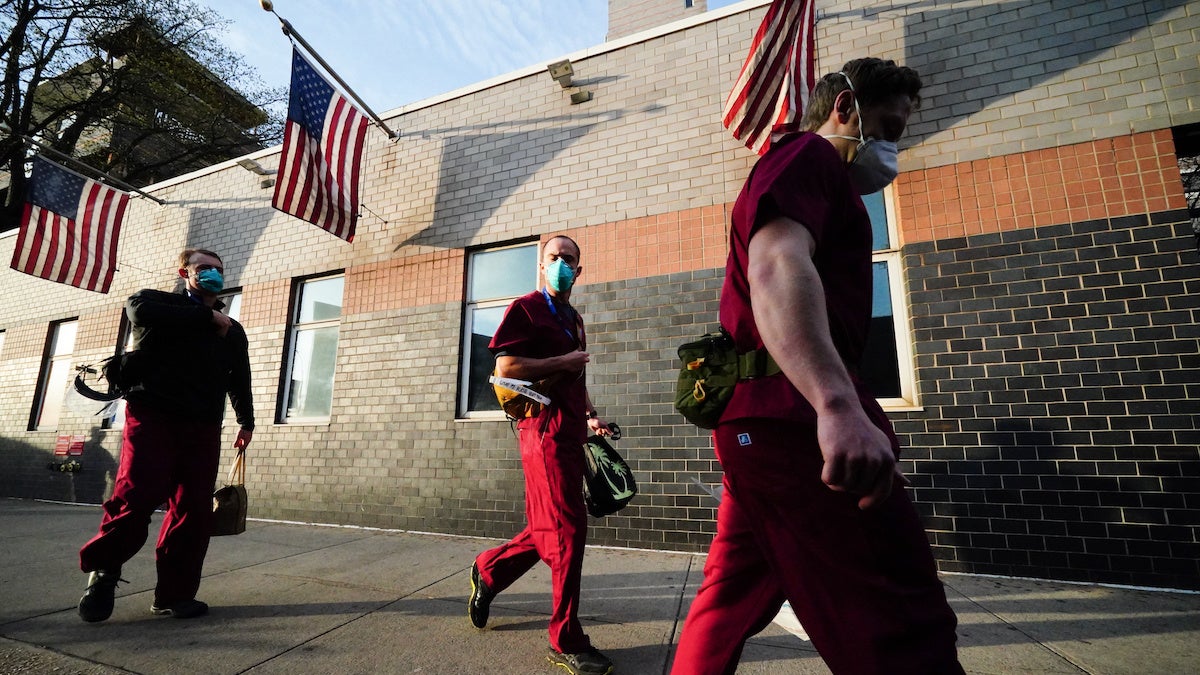 The U.S. now leads the world in coronavirus deaths.

The country’s death toll rose to 20,608 Sunday morning, BBC News reported, rising past Italy’s death toll of 19,468. As of 6:33 a.m. EST, the U.S. death toll was up to 22,109, while the number of confirmed cases was at 557,590, according to data from Johns Hopkins University. The U.S. remains the country with the most cases since its caseload surpassed China and Italy a little more than two weeks ago.

The news came the day after the U.S. became the first country to report more than 2,000 deaths from the virus that causes COVID-19 in a 24-hour period, BBC News reported further.

As of Saturday, every state in the union was under a disaster declaration.

However, U.S. officials believe the outbreak is nearing its peak. Researchers expected deaths to peak Friday and then fall to around 970 a day by May 1, when some members of the Trump administration say they want to begin reopening the economy.

“I want to get it open as soon as possible,” President Donald Trump said at a Good Friday briefing reported by BBC News. “I would say without question it’s the biggest decision I’ve ever had to make,” he claimed, while some legal experts pointed out that the president does not have the power to set such a mandate.

Only states have the authority to lift their shelter in place orders. This is not Trump’s decision to make. https://t.co/MfwFdgux8T

A major New York Times investigation also released Saturday suggested the current death toll could have been mitigated if the country had been closed down sooner. It revealed that top U.S. public health officials, including National Institute of Allergy and Infectious Diseases Director Dr. Anthony S. Fauci, had wanted to recommend social distancing measures in late February, but Trump delayed taking aggressive action until mid March. During that time, the caseload shot up from 15 to 4,226.

“I mean, obviously, you could logically say that if you had a process that was ongoing and you started mitigation earlier, you could have saved lives,” Fauci told CNN’s Jake Tapper on “State of the Union” Sunday when asked if earlier action would have made a difference.

.@jaketapper asks Dr. Anthony Fauci on #CNNSOTU: Do you think lives could have been saved? https://t.co/GrsGJlCS96

But Fauci also acknowledged that the decision to lock down the country was “complicated” and that there had been a lot of “pushback” against it at the time.

“You know, Jake, as I have said many times, we look at it from a pure health standpoint. We make a recommendation. Often, the recommendation is taken. Sometimes it’s not. But we — it is what it is. We are where we are right now,” he said.

Worldwide, the new coronavirus has claimed the lives of 114,979 and infected at least 1,859,011, according to Johns Hopkins.