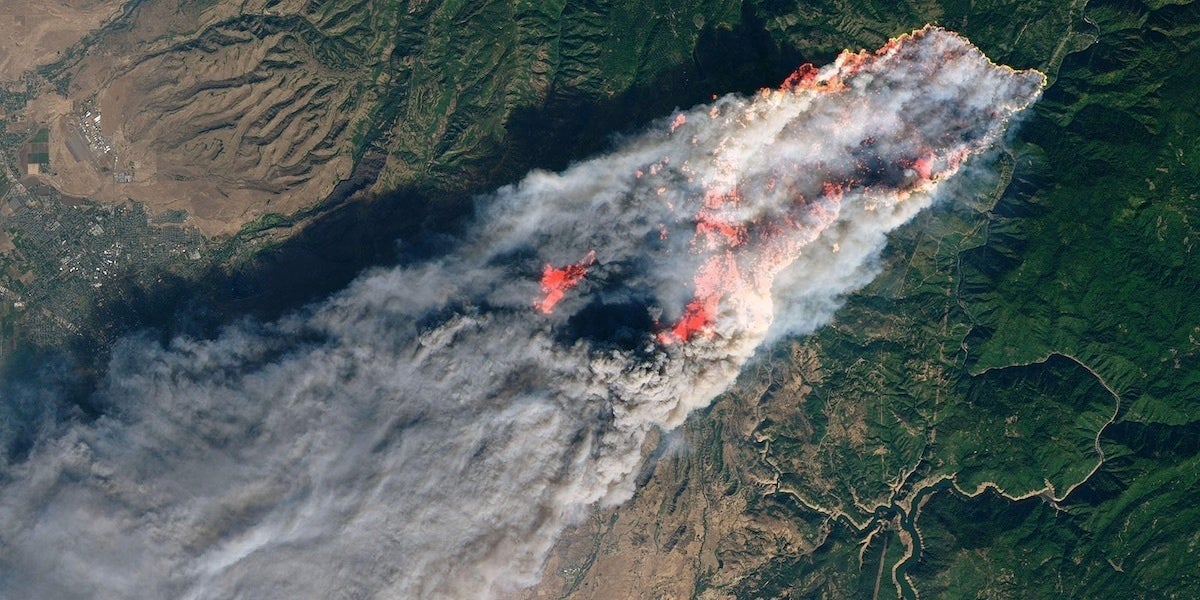 The U.S. government
will release a major climate report on Friday afternoon that could be very inconvenient for President Trump, who seems as clueless as ever about the global phenomenon and continues to push coal and other planet-warming fossil fuels.

But environmentalists,
climate experts and others have pointed out that the critical warning from 13 federal agencies will be softened by the country’s post-Thanksgiving haze and Black Friday shopping rush.

“It’s an absolute disgrace to bury the truth about climate impacts in a year that saw hundreds of Americans die during devastating climate-fueled
megafires, hurricanes, floods, and algal blooms,” National Wildlife Federation president and CEO Collin O’Mara said in a
press release.

“Releasing the National Climate Assessment on Black Friday,” he continued, “won’t obscure the fact that authorities are still identifying bodies in California’s unprecedented megafires, Florida is still dealing with toxic algae outbreaks fueled by warmer water, and Americans are still picking up the pieces from Hurricanes Florence and Michael and Typhoon Yutu that were worsened by climate change.”

the day after Thanksgiving?

The assessment, titled “Impacts, Risks and Adaptation in the United States,” lays out climate change-related impacts, risks and adaptation, and will help decision-makers better identify risks that could be avoided or reduced,
according to the report’s authors.

The report was compiled by representatives of 13 federal departments and agencies that research global change and its impacts on society.

CNN reported that the assessment was initially expected to drop in December:

“It’s unclear why the date was moved up. The National Oceanic and Atmospheric Administration announced the Friday afternoon release on Wednesday—the eve of the Thanksgiving holiday.

“Among journalists and public relations experts, releasing information on Friday afternoon—not to mention Black Friday—or around a holiday is widely seen as a way to cushion the impact of critical news. The idea is that fewer people pay attention to news releases on the weekend, and by Monday, the news is old.

The new analysis builds on
Volume 1 of the study, which found that the contiguous United States warmed by at least 1.8°F from 1901–2016 and that annual average temperatures could rise by about 2.5°F over the next few decades.

It is “extremely likely that human activities, especially emissions of greenhouse gases, are the dominant cause of the observed warming since the mid-20th century …. there is no convincing alternative explanation,” that report said.

Meanwhile, Trump
has once again confused the weather with global warming. “Brutal and Extended Cold Blast could shatter ALL RECORDS – Whatever happened to Global Warming?” he tweeted Wednesday.

Yes, Mr. President, it’s very cold right now on the East Coast, but it’s unusually warm
just about everywhere else on the globe.

The National Oceanic and Atmospheric Administrations (NOAA)—which Trump has targeted with significant budget cuts—also reported this week that October 2018 was the second hottest October on record and the fourth hottest year to date for the globe.

The next seven days are expected to reach near-record lows in the Northeast US. At the same time, they will be quite warm globally, around 1.2C above preindustrial temperatures. Resist the temptation to make claims about long-term warming based on short-term localized weather. pic.twitter.com/2wub0mGRs8