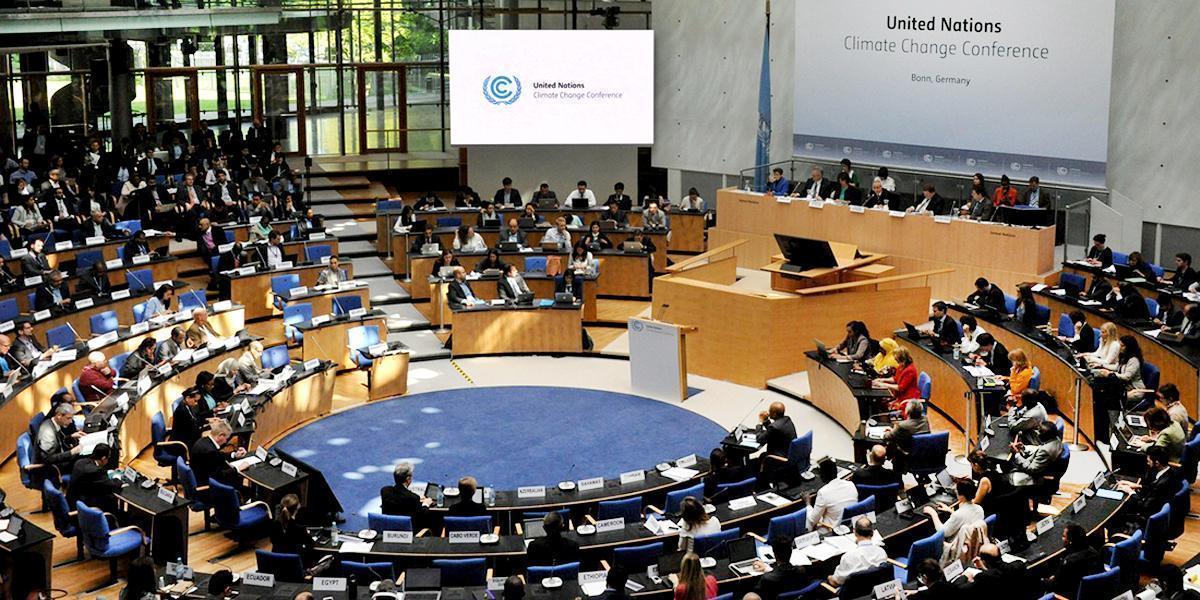 The U.S. has no plan yet for how to meet its 2020 climate target and has made no analysis of the impact of recent policy changes, according to an official submission to the UN.

The details emerged in a series of terse, repetitive answers to an international climate action peer-review process, known as the Multilateral Assessment. The U.S. submission, which was published this week, says “jobs, economic growth and energy independence” are its priority.

The assessment process sees countries ask each other questions about progress towards their climate pledges. The process works on a rolling basis, with the U.S. one of 18 nations currently undergoing review along with other major emitters Russia and Japan.

The assessment process works in stages, with written questions and answers followed by live public exchanges held on May 12 and 13, during two weeks of climate talks in Bonn, Germany. This will be the first time the UN climate convention has convened since the election of Trump overshadowed the annual UN climate talks last November, held in Morocco.

Carbon Brief has a summary of the written answers submitted by the U.S., Russia and Japan.

The U.S. position on the Paris climate accord is under intense scrutiny. Speculation is swirling over whether it will remain in the agreement while weakening its climate pledge or if it will pull out of the deal altogether.

A series of executive orders signed by President Trump aim to roll back Obama-era climate policies, such as the Clean Power Plan that hoped to reduce emissions from electricity generation. In the wake of those moves, China and others have used the multilateral assessment process to ask how or whether the U.S. now intends to meet its previously pledged climate goals.

(Various third-party assessments have attempted to measure the emissions impact of Trump’s policy moves. One recent analysis suggests his changes could add half a billion tonnes to U.S. emissions over the next decade).

In one question, China points out that official U.S. projections, made before Trump came to power, already suggested it would miss its 2020 target, a 17 percent reduction below 2005 levels. “Given that President Trump is not supportive of President Obama’s Climate Actions plan, it is even more challenging to achieve [this goal],” China notes.

It asks: “Does the U.S. have any plan or preliminary thoughts on using international market mechanism to accommodate recent changes? If still not, what additional measure will the U.S. consider to take to achieve the 2020 target?”

In its official response, the U.S. administration says it has no plan to meet its 2020 climate target using carbon offsets. It adds:

“The administration is reviewing existing policies and regulations in the context of a focus on strengthening U.S. economic growth and promoting jobs for American workers, and will not support policies or regulations that have adverse effects on energy independence and U.S. competitiveness.”

This pro-forma response is repeated six times. Elsewhere, the U.S. said it “do[es] not have updated information” about the impact of recent policy announcements on emissions. It adds that a question about its 2025 target is “outside the scope” of the assessment process.

In a series of relatively detailed responses, Russia puts a little more flesh on the bone of its highly ambiguous Paris climate pledge, which left many mystified when it was published in 2015.

Russia’s overall pledge was to limit emissions increases so that they remained at least 25 percent below 1990 levels in 2030. This exactly replicated and carried forward an earlier target, set for 2020.

Responding to a question from Turkey, however, Russia says enhancing its overall emissions goal for 2020 is “at the present moment … not under consideration.” Turkey’s question points out that Russia had, by 2014, already overachieved against its 2020 target.

Still, Russia’s answers do offer more detail on how its goals will be met. For example, it backs rapid growth in the use of non-hydro renewables, such as wind and solar. Power output from these sources should increase from 2 terawatt hours (TWh) today to 29TWh in 2035, the answers say.

This is much more specific than Russia’s Paris pledge, which only said that policies would back an “increasing share of renewables in the Russian energy balance.” For comparison, Russia generated 170TWh from hydro power in 2015, out of a total demand of 1,063TWh. This means, if demand remains steady, that wind and solar would supply 3 percent and hydro 16 percent of power in 2035.

This increase in renewable electricity generation will contribute to Russia’s aim of cutting the energy intensity of its power sector: from 330 grams of coal equivalent per kilowatt hour (gce/kWh) in 2012 to 299gce/kWh in 2020, an 11 percent cut.

Elsewhere, Russia’s submission claims the country has achieved dramatic reductions in emissions due to flaring at oil and gas production sites. It says:

Like much of Russia’s climate documentation, this statement is ambiguous (10 percent of what?). A World Bank article suggests this means that Russia flared 10 percent of the gas it produced in 2016. Either way, this is a key area for Russia. The greenhouse gas inventory it filed with the UN suggests fugitive emissions from the oil and gas sector made up a third of its total footprint in 2014.

Another Russian answer says it is trying to encourage a shift from petrol and diesel-fueled vehicles to those that run on natural gas. It says it gave subsidies to support this switch, worth 3bn roubles (around £40m) in 2015.

The official Japanese response says the country is in the process of drawing up its long-term low greenhouse gas strategy. Under the Paris deal, countries are required to develop these strategies before 2020, in addition to submitting a shorter-term climate pledge. So far, six countries have done so, including France, Germany and the (pre-Trump) U.S.

In drawing up its long-term strategy, Japan says it: “Will put best of its efforts to work on global warming countermeasures and make maximum contribution to the global emission reductions.”

Regarding its 2030 climate pledge—a 26 percent reduction below 2013 levels—Japan repeatedly said it will “revise its [action plan] in a flexible manner” in order to ensure compliance. It reiterates its view that the target is “feasible.” This is in response to a question from China, which points out that the 2030 goal will entail “significantly higher” rates of decarbonization than planned during 1990-2020.

The reference to “high efficiency in thermal power” relates to Japan’s preference for high efficiency coal. Indeed, its 2030 pledge allows for an expansion in coal use. Japan’s submission says that state-of-the-art coal plants can cut emissions by “more than 10 percent,” relative to “old type” plant.

Elsewhere, Japan says it will also target industrial mitigation measures and nationwide campaigns for the residential and transport sectors, though it fails to spell out what these might include. It estimates power sector measures will save 188 million tonnes of CO2 (MtCO2) in 2030, with transport measures saving 24MtCO2.