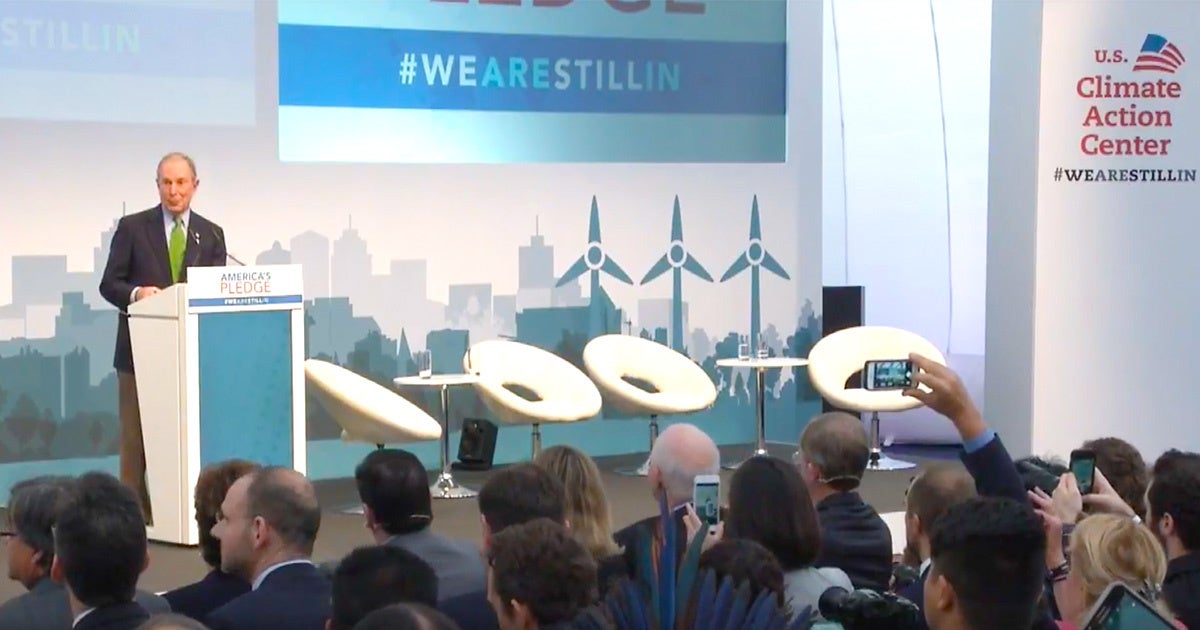 A group of U.S. leaders, including California Gov. Jerry Brown and former New York City Mayor Michael Bloomberg, reaffirmed the country’s commitment to its Paris agreement targets this weekend at the COP23 talks in Bonn, Germany. U.S. senators, governors, mayors, state senators and business leaders reiterated at the U.S. Climate Action Center that the U.S. is “still in” the Paris agreement.

Some senators also met with international officials to assure them that they, along with state elected leaders, will not only challenge Trump‘s agenda, but that cities and states are making progress on their own. On Saturday, Bloomberg and Brown presented “America’s Pledge,” which will capture and quantify emissions reductions by cities, states, universities and businesses.

“The group of American cities, states, and businesses who remain committed to the Paris agreement represents a bigger economy than any nation outside the U.S. and China,” Bloomberg said in a statement. “Together they are helping deliver on the promise of the agreement and ensuring the U.S. remains a global leader in the fight against climate change.”

As reported by POLITICO:

“When Bloomberg mentioned Saturday that the official U.S. delegation to the conference under Trump was preparing to host a controversial panel on Monday on the use of fossil fuels, the crowd booed.

‘The Trump administration did send a delegation here to Bonn, and it might be the first climate conference where—this is not a joke, folks—coal is being promoted as an example of sustainability,’ Bloomberg said.

He added, ‘It will also likely be the last. The world is moving on, and so is the United States.'”

U.S. Now the Only Country Not in Paris Climate Agreement https://t.co/XBYj1lZu7x @ecowatch #COP23

As reported by the Guardian.

“Brian Schatz, a Democratic senator from Hawaii who is attending the Bonn talks, said members of Congress, including Republicans, were concerned over how the withdrawal has hurt America’s standing in the world.

‘If you show up at a climate conference to talk about coal, you’re likely to be ignored,’ he said. ‘I think the We Are Still In delegation will get more attention than the executive branch.

‘We’ve gone from the indispensable leader to being the only country not engaged in climate change. Many people in Congress are troubled not only from a climate standpoint but a geopolitical standpoint. China is happy to take that leadership from us.'”