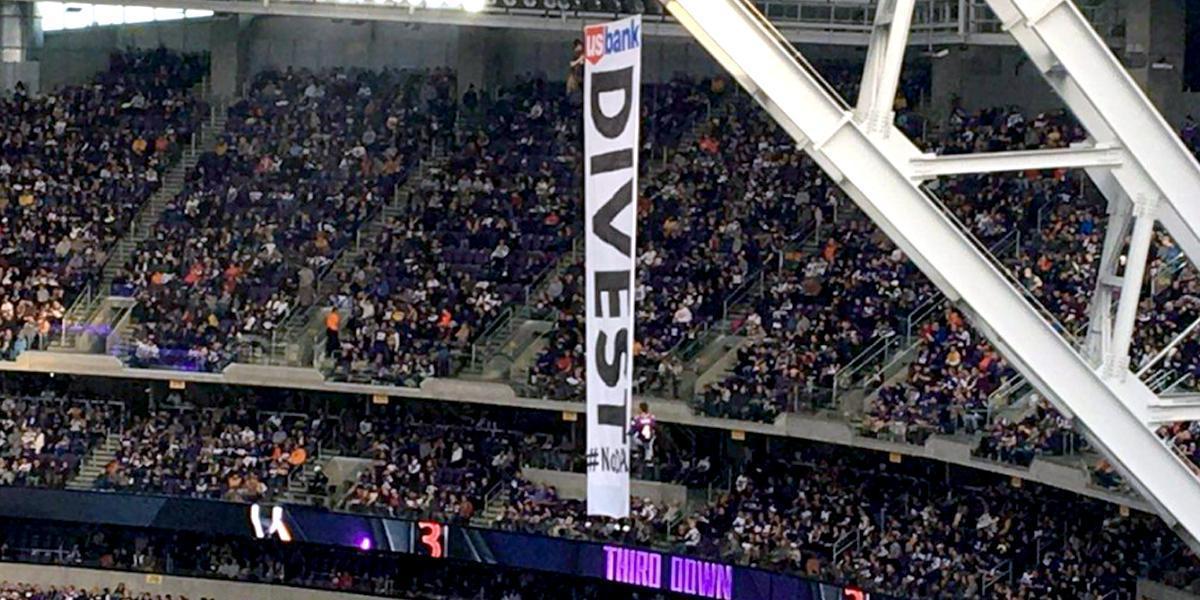 U.S. Bank has become the first major bank in the U.S. to formally exclude gas and oil pipelines from their project financing. This groundbreaking change to their Environmental Responsibility Policy was publicly announced at the annual shareholders meeting in Nashville in April.

In addition to no longer providing “project financing for the construction of oil or natural gas pipelines,” the bank has stated that relationships with their clients in the oil and gas industries will be subject to “enhanced due diligence processes.”

As recently as March 2017, U.S. Bank has renewed commitments with Energy Transfer Partners, the company constructing the Dakota Access Pipeline, and with Enbridge Energy, whose pipelines operate within Minnesota. However, advocates are hopeful that the bank’s newly released policy will limit other kinds of financing relationships with these industries.

“U.S. Bank’s new policy is an important step in protecting the environment and moving towards a fossil free future,” said Wichahpi Otto, a volunteer with the climate justice group MN350, who travelled to Nashville for the shareholders meeting. “We applaud them for responding to the community and contributing to worldwide efforts to address climate change.”

This move comes after ongoing pressure on U.S. Bank locally from MN350 and from the Minnesotans for a Fair Economy coalition, and on banks nationally from indigenous groups including Honor the Earth, the Indigenous Environmental Network and the Dakota Access resistance movement.

Beginning in 2015, a regional partnership of climate, labor and indigenous rights advocates has urged that U.S. Bank divest from fossil fuels, in particular from Enbridge Energy, and move its financing into the clean energy economy. Local actions have included letter-writing, account closures and social media campaigns. In response, in May 2016 the bank made changes to their Environmental Policy restricting lending to coal.

“We applaud this progressive decision from U.S. Bank,” said Tara Houska, national campaigns director of Honor the Earth. “A strong message is being sent to the fossil fuel industry: We are consumers, we have agency and the right to know how our money is being invested. Move to a green economy and a future that does not profit off the destruction of Mother Earth and our communities.”

A national and international campaign pressuring banks to divest has been highly successful, pulling nearly $4.5 billion from financiers, and a newly launched coalition effort called Mazaska Talks has expanded this effort.

Organizations and community members say they are eager to see how U.S. Bank’s unprecedented stance can encourage movement in financing from fossil fuels to a clean energy economy.

“Confronting the climate crisis requires boldness, urgency and innovation,” said Dr. Emily Swanson, a member of MN350. “While there is more to be done, we are hopeful U.S. Bank can continue to act as an industry leader and as an ally for creating a more sustainable economy.”