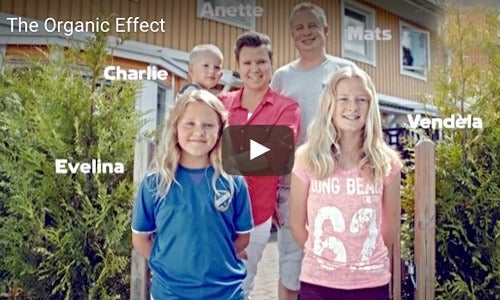 Research from the IVL Swedish Environmental Research Institute has shown that switching from a conventional diet to an organic one can drastically reduce the presence of pesticides in your body. This video from the institute shows what happens when a family switches to an all-organic diet for two weeks:

But new research published in the journal Environmental Health Perspectives shows that just eating organic might not be enough to keep pesticides out of our bodies.

Researchers fed 40 Mexican-American children in Salinas (a rural agricultural area) and in Oakland, California a diet of conventional fruits and vegetables for four days. Then they fed the kids (between the ages of three and six and 20 in each group) a week-long diet of organic produce before returning them to a conventional diet for the last five days. The researchers tested the children’s urine daily for the presence of insecticides and herbicides.

But researchers didn’t detect any decrease in the levels of other pesticides (such as pyrethroid insecticides like home bug sprays).

“That could mean that the diet wasn’t an important source of exposure for those pesticides,” said Asa Bradman, a researcher at Berkeley’s Center for Environmental Research and Children’s Health who led the study. In other words, even if you eliminate pesticides entirely from your diet, you may still be at risk of exposure to them if you live close to farm fields that spray pesticides or go in buildings or homes that use insecticides.

That’s why groups like Pesticide Action Network are working to pass legislation to better report and regulate pesticide drift. Only California requires farmers to report pesticide use, said Civil Eats. And, according to Beyond Pesticides, 43 states even have laws that preempt local authorities from regulating pesticides. 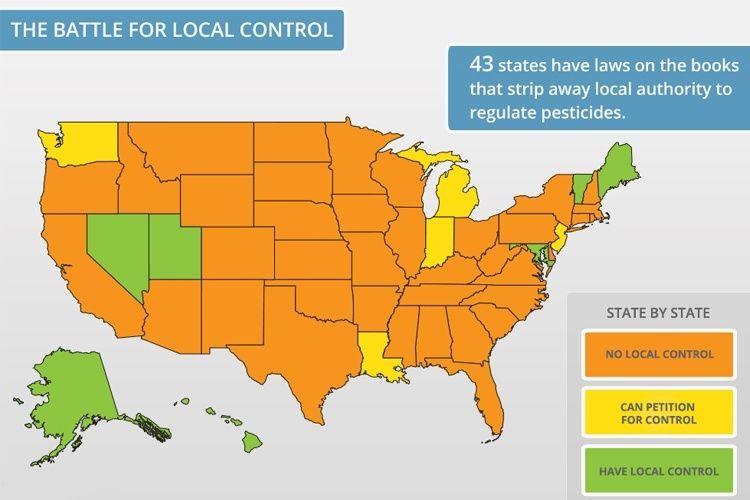 “We can change the agricultural system so that it’s no longer dependent on pesticides,” said Emily Marquez, a scientist at Pesticide Action Network. “One way to do this would be to subsidize farmers to help them convert their land—by improving biodiversity and creating a conservation wetland, for example. That will help them begin to transition away from pesticides.”