Parks Are Good—but They Can (and Should) Be Better 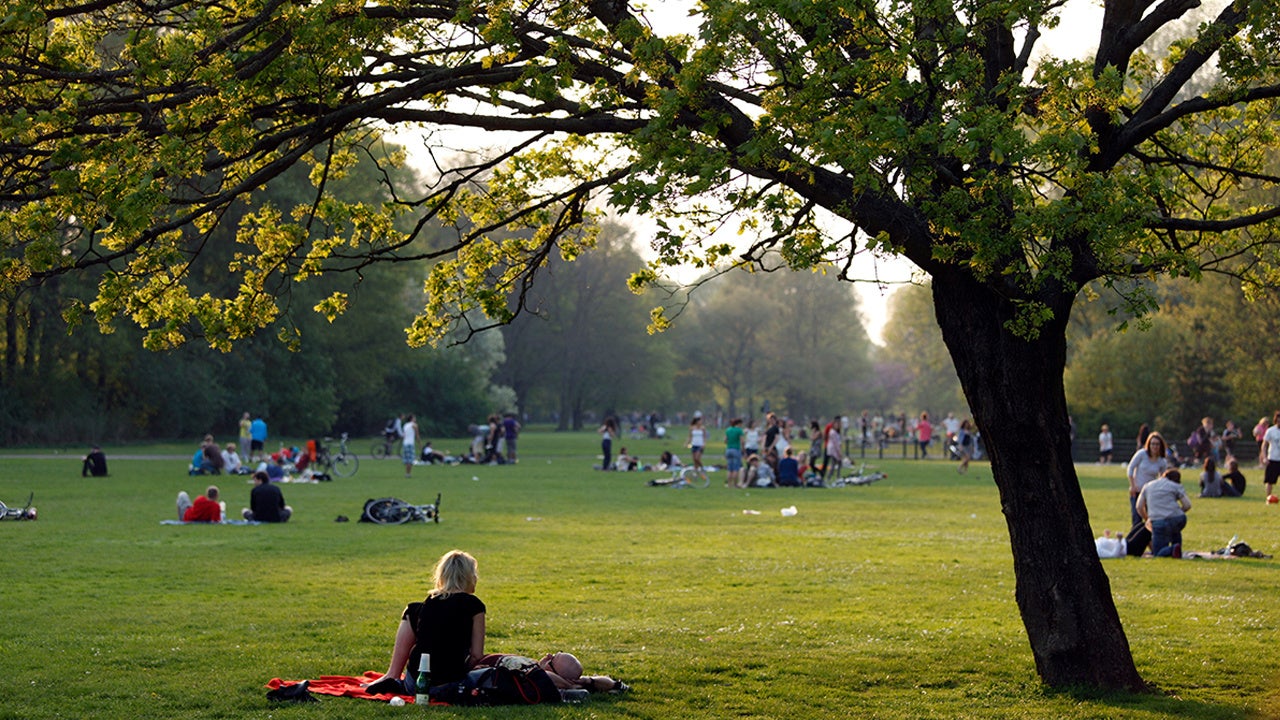 Years ago, my wife and I decided to while away an idle summer afternoon in her Texas hometown by driving our infant daughter to a neighborhood park. We pulled into the empty lot, liberated the baby from her car seat, and made our way somewhat warily through this public yet noticeably deserted space toward its small, forlorn playground. If the grass had ever been green there, it wasn’t any longer; the punishing South Texas sun had dried it into a brittle yellow hay. There were few trees next to the playground equipment, and no shade of any kind to be found, so any metal or even plastic surface was searingly hot to the touch. The slide was a nonstarter. I flinched and had to let go immediately when I grasped the chains of the baby swing. The water fountain didn’t work. We lasted all of five minutes before returning to the car.

As much as I’d like to forget it, this experience came rushing back to me when I read an article this week in The Conversation. In it, coauthors Julian Bolleter and Cristina E. Ramalho, an assistant professor and a research fellow at the University of Western Australia, respectively, make the case for something they call “greenspace-oriented development.” The concept is similar to the much more well-known urban planning concept of transit-oriented development, which holds that communities reap substantial social, economic, and environmental benefits when they place commercial and residential development within walking distance of transportation hubs such as train stations, bus stops, or light rail stations. Bolleter and Ramalho believe that adding green space to this equation can boost these benefits significantly. They also think it has the potential to do more. By creating better urban parks, they say, cities can curb urban sprawl by giving residents what they often claim to be seeking when they flee cities for the low-density suburbs and exurbs: a connection with nature.

“Over the last century, in all regions of the world, the expansion of urbanized land has outpaced the growth of urban populations, resulting in unprecedented urban sprawl,” Bolleter told me when I asked him to elaborate on his theory. “We need to work with the underlying desire for suburban living, around the world, in attempting to deliver density in these cities; otherwise our efforts will just waste a lot of time and money.”

Encouraging more transit-oriented development is important, Bolleter believes. (The optimal urban green space, in his view, should be no more than a 5-minute bike ride or 15- to 20-minute walk from public transit.) But if cities want to maintain or increase density and stimulate urban infill, they have another powerful tool at their disposal to make density more attractive to people living in city centers and inner-ring suburbs. In the article, the authors suggest “redesigning parks to increase the naturalness, ecological function and diversity of active and passive recreational uses, which in turn can support higher-density urban areas.”

That means thinking of urban and suburban parks as much more than big public lawns with a playground, a few picnic tables, and maybe a soccer field (if you’re lucky). It means thinking of them as “multifunctional, mutable, and messy,” in Bolleter’s memorable phrasing — authentic oases from city life, where winding paths through forested landscapes lead to burbling creeks or meadows filled with native wildflowers; where you might stand a real chance of spotting a beaver or a fox; or where you might happen upon a group of neighbors tending a bounteous community garden. It means creating actual opportunities for escape into nature — for the kind of spirit-restoring connection with trees, water, and wildlife that all humans need.

Bolleter, who’s a licensed landscape architect in addition to being the codirector of the University’s Australian Urban Design Research Centre, is quick to list the many benefits that come with such connection. Regular immersion in the sort of green settings that he champions can vastly improve people’s quality of life, he says, “first, by promoting physical activity; second, by reducing exposure to stress factors and providing an environment for physiological and mental recovery that delivers coping resources to deal with life; third, by promoting social interaction and a sense of community; and fourth, by providing a healthy, comfortable urban environment. Overall, these pathways lead to multiple health and well-being benefits that play out across an individual’s life span.”

Additionally, if people living in city centers and dense suburbs had greater access to nature, so the theory goes, they might be less inclined to drift farther and farther away in search of their own slice of manicured, green lawn. Winners in this scenario include not only the residents who are healthily and happily communing with nature, but also municipalities that are able to more efficiently distribute their services and resources. Another winner, of course, is the environment: Limiting sprawl means reducing car dependence (and the tailpipe emissions and traffic jams that come with it), preserving habitat and biodiversity, and even decreasing risks for flooding and runoff-related water pollution.

People’s preferences for the suburbs and exurbs don’t automatically denote a rejection of what more densely populated urban areas have to offer. “The problem has been that we generally haven’t delivered density in a form that resonates with suburbanites,” Bolleter says. Green space–oriented development can help correct that problem by providing people already living in dense communities, or cities and suburbs that want to increase their density, with “a multifunctional, communal backyard” capable of “replacing many of the functions typically found in suburban gardens, such as the ability to grow food, have pets, and entertain and relax in private—and in nature.”