How Two Urban Farmers Got Their Start Leveraging Backyard Space 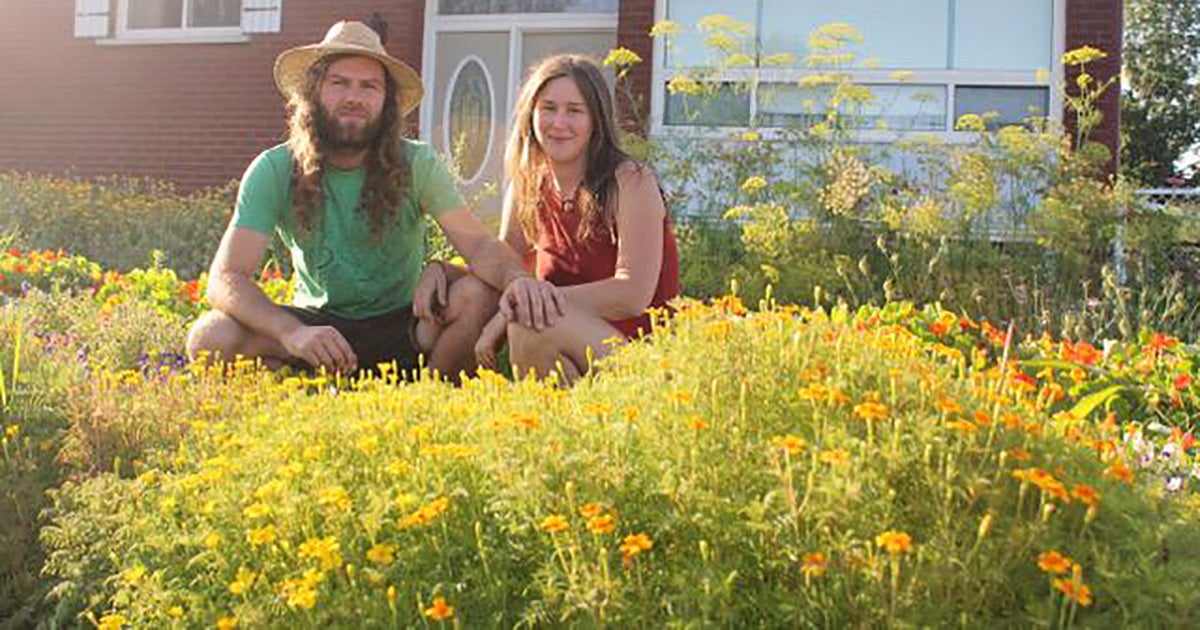 Mason Phillips and Maltby sit amidst an edible flower garden planted in a borrowed backyard in Ottawa, Canada. Madeleine Maltby

In 2015, Madeleine Maltby began knocking on neighborhood doors in Canada’s capital city, Ottawa, with a simple proposal. In exchange for a backyard, the residents would let her grow a garden full of crops with a percentage they could enjoy.

“It was kind of like let’s see where this goes and I just really wanted to grow some vegetables,” she said.

The approach allowed her to acquire four separate yards in the Ottawa area.

“I would talk to the homeowners about what the parameters would be and I always asked them what their favorite vegetables are and what would work,” she said.

By her side was Matthew Mason-Phillips, her partner, who she says helped her turn over her first urban garden. A year after the initial door knocking in 2016, Mason-Phillips decided he would formally join Maltby in her quest to grow food in Canada’s capital city. “It felt natural to dive in,” said Mason-Phillips, “especially being a naively optimistic, idealist.”

Within four years the project evolved into Backyard Edibles, a popular local supplier of vegetables, microgreens and edible flowers.

The pair doubled their backyard donors from their first year, and had 20-25 members from the Community Supported Agriculture (CSA), a Canadian program that allows consumers to buy a share of grown goods from farms of their choice.

“The amount of support and demand for what we were doing in the beginning was overwhelming,” said Mason-Phillips. “People were offering up their balconies, the space in their flower gardens … They were offering space from Montreal to Kingston, so that was pretty cool.”

While their business took off, attracting a strong consumer base with an appetite to eat local, Maltby and Mason-Phillips had to think about how they might make a profit during the cold Canadian winters.

“The off-season was the elephant in the room,” said Mason-Phillips.

After some brainstorming and experimenting with plant varieties, the two rented a warehouse in the city’s downtown core where they started to grow microgreens in 2017. “It allows us to become a year-round business and to have a year-round income.” said Maltby. The operation has become the backbone of their business with more than 50 local restaurants sourcing their microgreens.

Although the pair has had to scale back their number of yard donors in order to stay on top of their microgreens venture, they’ve still managed to maintain a piece of their original vision.

One borrowed yard full of edible flowers remains in use where its contents are sold to loyal customers. With about four years of operations behind them, Maltby said it’s often difficult for her to take in what her and Mason-Phillips have been able to accomplish, but she’s proud of what they’ve done so far.