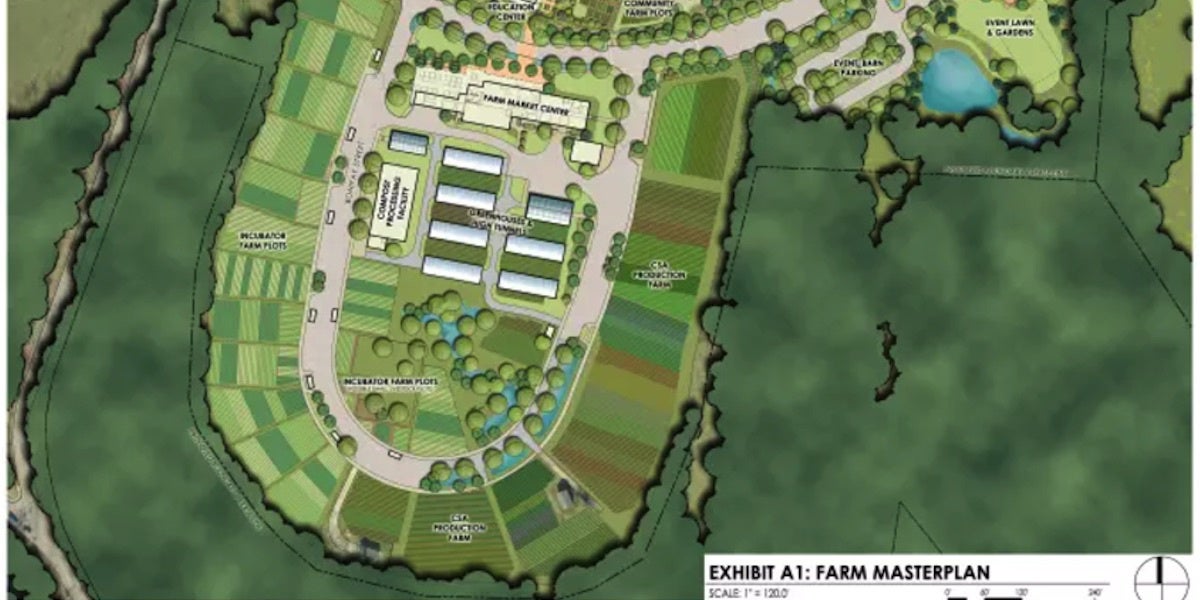 A former 107-acre public housing site in South Pittsburgh’s St. Clair neighborhood is being transformed into a massive
urban farm.

According to
Next Pittsburgh, once construction of the Hilltop Urban Farm is complete, the site will be home to the largest urban farm in the U.S.

The project will consist of 23 acres of farmland and about 70 hillside acres of walking trails, green spaces and conservation areas. The Urban Redevelopment Authority will set aside 14 acres for potential future housing.

“I can’t imagine the last time that a mayor had the opportunity to cut a ribbon on a farm in the city of Pittsburgh, and not just a farm, but the largest urban farm in America,” Mayor Bill Peduto said at the ribbon cutting ceremony last week.

“We have very few areas where we have a very large green footprint that we can actually preserve and be able to use it as an opportunity to teach kids, to be able to provide healthy food to a neighborhood, to be able to use as an urban agricultural, basically, experiment,” Peduto said.

The community revitalization nonprofit Hilltop Alliance and its partners spearheaded the efforts.

“Communities thrive with well-managed green space assets,” Aaron Sukenik, Hilltop Alliance’s executive director, told Next Pittsburgh. “Something as multi-faceted as this, that includes things like food production and youth engagement, is really an opportunity that cannot be ignored when you’re working with communities like these that have seen so much disinvestment over the past 40-50 years.”

The idea for the project began four years ago after the former public housing site was demolished in 2010.

“You’ve taken a place that was vacant, blighted and turned it into something positive,” Allegheny County executive Rich Fitzgerald told CBS Pittsburgh at the ribbon cutting.

The cost for the entire project is about $9.9 million, Sarah Baxendell, project manager for the Hilltop Alliance, told the Pittsburgh Post-Gazette.