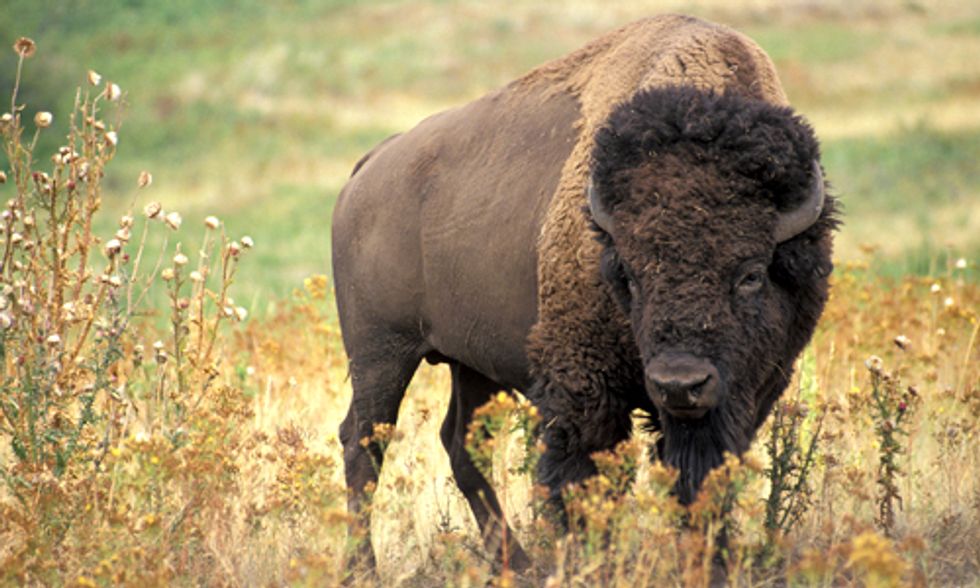 Yellowstone National Park shipped 17 more of America's last wild bison to slaughter this morning. The buffalo were transferred to the Confederated Salish & Kootenai Tribes (CSKT) for direct shipment to a tribal slaughter facility.

Since Feb. 7, approximately 87 of America's last wild, migratory bison have been captured inside Yellowstone National Park's Stephens Creek bison trap, located in the Gardiner Basin. Patrols with Buffalo Field Campaign (BFC), report that Yellowstone National Park has been luring wild bison into the Stephens Creek trap with hay. Bison have been captured without ever having left Yellowstone's boundaries.

To date, 37 wild buffalo have been transferred to the CSKT for slaughter. Five bison were transferred to USDA-Animal & Plant Health Inspection Service, the federal livestock overseer, and the agency will use them for research in a highly controversial birth control experiment.

Tom McDonald, Fish & Wildlife Division Manager for the CSKT's Tribal Natural Resource Department told BFC today that, “The death sentence on those bison is not put on them by us, but by the National Park Service and the Interagency Bison Management Plan (IBMP).”

As of this press release, 45 wild bison remain inside Yellowstone National Park's Stephens Creek bison trap. It is anticipated that the InterTribal Buffalo Council, a federally chartered bison ranching organization, will take captured buffalo from Yellowstone to tribal slaughter facilities later this week.

Nez Perce tribal member and member of BFC's board of directors, James Holt remarked, “It is painful to watch these tribal entities take such an approach to what should be the strongest advocacy and voice of protection. It is one thing to treat their own fenced herds in this manner, it is quite another to push that philosophy onto the last free-roaming herds in existence.”

Yellowstone plans to slaughter between 600 and 800 bison this winter, according to park spokesman Al Nash. "We're going to seek opportunities to capture animals that move outside the park's boundaries," he said.

None of the buffalo that have been captured have left Yellowstone's boundaries.

“The population target set by the IBMP is an arbitrary number based on politics, not science,” said Stephany Seay, of BFC. “Yellowstone completed a bison carrying capacity study in 2009, which determined that the Park could sustain upwards of 6,200 wild bison just within Yellowstone's interior, additionally, there are tens of thousands of acres of public land surrounding Yellowstone that bison should be allowed to access year-round."

Yellowstone National Park has failed to complete a population viability study, which was designated as a research priority by the IBMP back in 2000.

BFC is vehemently opposed to the IBMP's management actions against bison, and is actively pushing for habitat expansion outside of Yellowstone National Park. Bison advocates are currently pressuring Gov. Bullock (D-MT) to take a leadership role in influencing state agency decisions and approve an Environmental Assessment that would provide year-round habitat for wild bison in the Hebgen Basin.

To speak out against the IBMP's slaughter visit the Buffalo Field Campaign's page and take action.