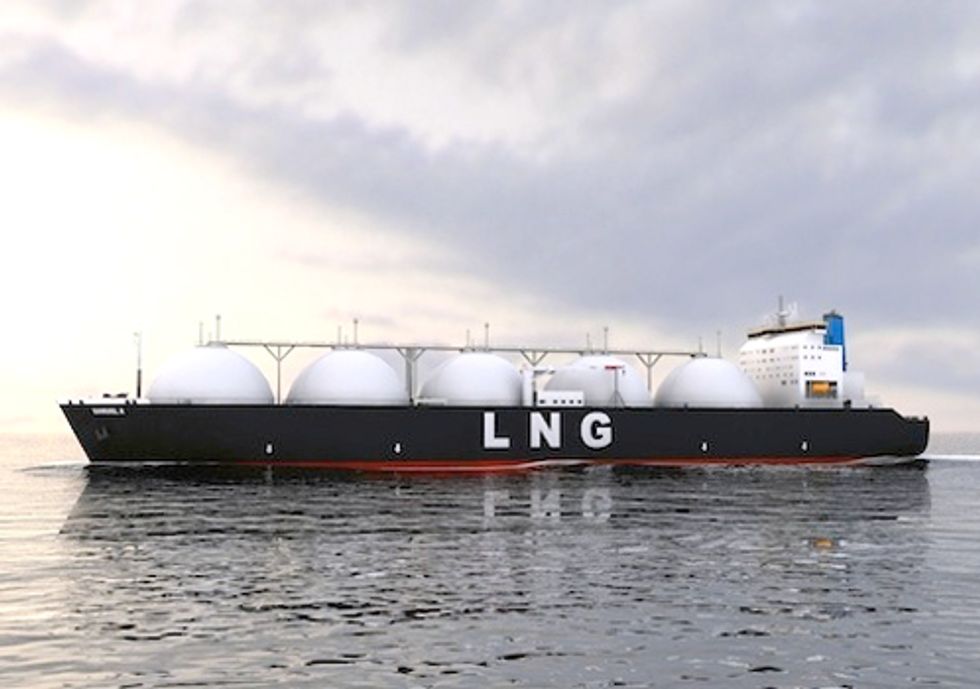 While the North American shale gas boom continues full-steam ahead, so too does another boom receiving less of the spotlight—the LNG export boom.

LNG, shorthand for liquefied natural gas, is gas that's been condensed into a liquid form by chilling it to approximately −162 °C (−260 °F). That gas is placed in LNG tankers, also known as "trains," then shipped off to lucrative global markets.

Many other LNG export terminals are also in the works, with many new key pieces of the puzzle unfolding in the past week. Thus, a lengthy primer, starting in northwest North America and eventually, meandering southward toward Texas, Louisiana and Georgia, and then eventually heading northeast, is necessary to put the LNG export boom into a proper context.

A lesson in North American LNG export terminals is, in actuality, a lesson in the entire geography of the North American unconventional oil and gas infrastructure put on the map, so to speak, by the documentary film, “Gasland.”

The state of Alaska recently made a game-changing announcement for the oil and gas industry.

Prudhoe Bay, a port located in the Northern Slope area of Alaska—rather than serve merely as the beginning-point of a TransCanada tar sands pipeline, the Alaska Pipeline Project, which would have originated there and eventually ended up feeding into Alberta, Canada—will also serve as the end-point of a series of inter-Alaska pipelines running from Point Thomson oil and gas field, which is located roughly 60 miles east of Prudhoe Bay.

These pipelines will carry natural gas to an LNG export terminal in Prudhoe Bay, which will then feed a hungry Asian market with this lucrative prize. Reuters explained, "Exxon and partners BP and ConocoPhillips have agreed to build a pipeline from the field to deliver 70,000 barrels per day of liquids into the Trans Alaska Pipeline System."

The oil and gas industry, it seems, got the sweetest of sweetheart deals in this Faustian bargain with the Alaska state government this time around the block.

TransCanada Corporation (yes, that TransCanada) also won a license to ship much of the oil and gas piped to Prudhoe Bay southward toward Valdez, Alaska. Reuters wrote, "The deal is a boon for TransCanada, which plans to build a natural gas pipeline from Alaska's North Slope to the south coast, feeding a possible export plant that would ship gas to thirsty markets in Asia."

This southern Alaska plant (see map) will be located in the home of the infamous Exxon Valdez oil spill, which took place in 1989.

Point Thomson oil and gas field contains some 8 trillion cubic feet of natural gas, according to Reuters. In short, a hungry Asian market will be fed with plenty of fuel from Alaska's gas bounty to fulfill its burgeoning oil and gas needs.

Many observers thought that perhaps it was "game over" for the great game of LNG exports in the aftermath of the February 2011 closure of the Kenai LNG terminal, formerly run by ConocoPhillips and located in Kenai, Alaska, which is 136 miles west of Valdez.

They thought wrong. The fun, it appears, has only just begun in Alaska.

Kitimat, British Columbia is home to three LNG export facilities: the Kitimat LNG Facility, the B.C. LNG Facility, and a facility co-owned by Royal Dutch Shell and PetroChina. Kitimat LNG is co-owned by EnCana, EOG Resources and Apache, while B.C. LNG is run by Douglas Channel Energy Partnership in a complex co-ownership arrangement.

EnCana, EOG and Apache recently announced that it would have all of its ducks in the row by the end of 2012, speaking with regards to gaining capital investors in the project.

Once the investor terms of agreement are set, fracked unconventional gas is likely to begin its pipeline journey from Canada's Horn River Shale basin, via the Pacific Trail Pipelines, and head westward to Kitimat, where it will be placed in LNG trains and exported off to highly profitable Asian markets.

One would be wrong to assume the only major energy and climate battle Canada has on its hands is the tar sands project.

If only that were the case.

Coos Bay, Oregon—famous for being the hometown of the late long-distance running legend Steve Prefontaine—is the proposed home for the Jordan Cove LNG facility, and has been the epicenter of the backlash against the North American LNG export boom.

Jordan Cove will be the final destination for unconventional gas fracked and piped out of the Niobrara Shale basin, located in the states of Colorado, Wyoming, Nebraska and Kansas. The shale gas obtained via the Niobrara, as of now, is carried out of the basin from the Ruby Pipeline, beginning in Opal, Wyoming and ending in Malin, Oregon.

Not only has there been citizen backlash against both the pipeline and the LNG export terminal, but furthermore, Oregon's federal-level representatives—including U.S. Senator Ron Wyden (D) and U.S. Rep. Peter Defazio (D)—have voiced strong concern about the project, introducing legislation in the attempt to block both LNG exports and the pipeline.

On March 14, Cheniere announced it would be filing for its second LNG export terminal in July or August of this year, this one in the scenic city of Corpus Christi, Texas, 250 miles west of Cheniere's already existing Sabine Pass LNG export terminal.

"Corpus Christi would comprise three production trains, or units, all with the capacity to export 4.5 million tonnes per year of LNG," Reuters explained.

The terminal would take gas fracked from the Eagle Ford Shale, carried over via pipeline, and place it on the European gas export market.

The Eagle Ford Shale-to-Corpus Christi pipeline is co-owned by Koch Industries and NuStar Logistics, runs 60 miles from Pettus, Texas to Corpus Christi, and is called the Pettus South Pipeline.

105 miles southwest of Sabine Pass is the site of another proposed LNG export facility in the small city of Freeport, Texas, which has a population of 12,049, according to 2010 U.S. Census data.

This LNG facility is co-owned by Cheniere, Dow Chemical, Osaka Gas and ConocoPhillips. The facility applied for a DOE export license in January 2012 and is the subject of an environmental review by FERC.

This fracked gas will come from Kinder Morgan owned pipelines running from the Eagle Ford Shale and the Barnett Shale, respectively.

The grassroots activist group, Stop Freeport LNG, is fighting tooth and nail to keep the LNG facility out of their community.

Lusby, Md. is the proposed home of Dominion Cove Point LNG, owned by Dominion Resources. Dominion received a DOE export permit in October 2011 and has yet to apply for a permit through FERC.

The Cove Point terminal would receive piped fracked gas from the famous Marcellus Shale basin, where it would be sold on the European market.

This geography lesson, if nothing else, exposes the lie that fracking for unconventional oil and gas in shale basins around North America has anything at all to do with "national security" concerns.

Though the industry has a slogan that reads, "Drill A Gas Well, Bring A Soldier Home," the truth is far more complex than that easy-to-digest propaganda. The industry, as this article has made clear, is building up a complex armada of pipelines and LNG terminals, putting the "national security" lie to rest.

All this comes in the aftermath of the "jobs creation," "clean natural gas," and "bridge fuel" mythology exposed as a trio of shams of epic proportions.

If the "propaganda table" had four legs to stand on, then this table is no longer standing and at this point in history, is merely a tabletop.