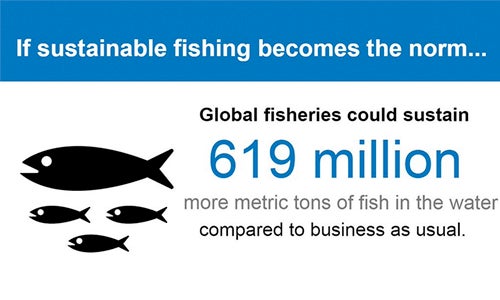 We can reverse overfishing and restore the ocean’s fisheries in our lifetimes. After years of headlines about the impending doom of wild fisheries, that statement may be hard to believe, but new research and our experience with fishermen around the world show me that it is possible.

Scientists and economists at the University of California Santa Barbara, the University of Washington and Environmental Defense Fund spent the last two years developing the most comprehensive database on fisheries ever assembled. Using that, we were able to develop a model to see that with the right fishing approaches in place, we can increase the number of fish in the water, the amount of food the oceans produce and at the same time increase the incomes of the world’s 38 million fishermen and their families. 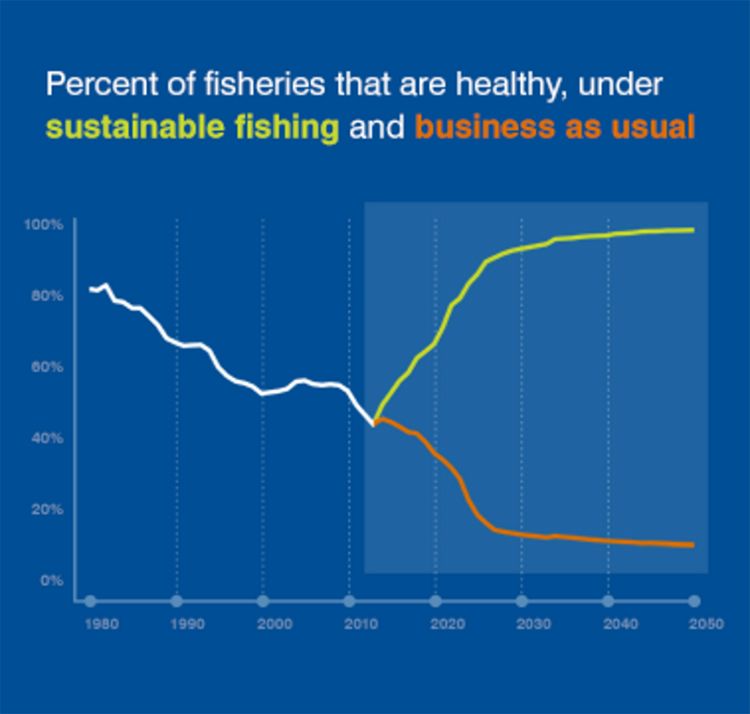 The report, which was published last week by the Proceedings of the National Academy of Sciences, shows how secure fishing rights can turn our oceans around in a matter of years. In just 10 years with fishing rights in place, three-quarters of the world’s fisheries can achieve population and recovery goals, with the number jumping to 98 percent by 2050.

We have a clear choice: compared to doing nothing, implementing fishing rights can double the amount of fish in the ocean by 2050, increase profits for fishermen by 204 percent and increase the amount of fish we can catch enough to provide a significant protein source for an additional half a billion people. The benefits will be felt the most for the thousands of small-scale community fisheries around the world where millions of fishermen and their families depend on the ocean for food and livelihoods.

Implementing reforms, like secure fishing rights, is going to be critical to providing the combined benefits of increased fish populations, profits and food production.

From this research and our experience, the path is clear: give fishermen secure fishing rights so they can control and protect their future. Countries from the U.S. to Belize to Namibia are leading a turnaround by implementing secure fishing rights and realizing benefits for people and the oceans.

Localized reforms were so successful in parts of Belize, in fact, that the country adopted the fishing rights approach nationwide. Over the past decade overfishing in the U.S. has dropped to an all-time low thanks to a secure fishing rights program in federal waters known as catch shares. This, in turn, has had a direct impact on local economies: In the past three years fishing industry jobs in the U.S. have increased 31 percent and fishermen revenues by 44 percent.

The stakes are big. With a projected 9.5 billion people competing for more food from maxed out resources in the coming decades, finding sustainable ways to increase food production has become critical.

With a clear roadmap showing how to recover fisheries, we can honestly say: We can have our fish and eat them too.