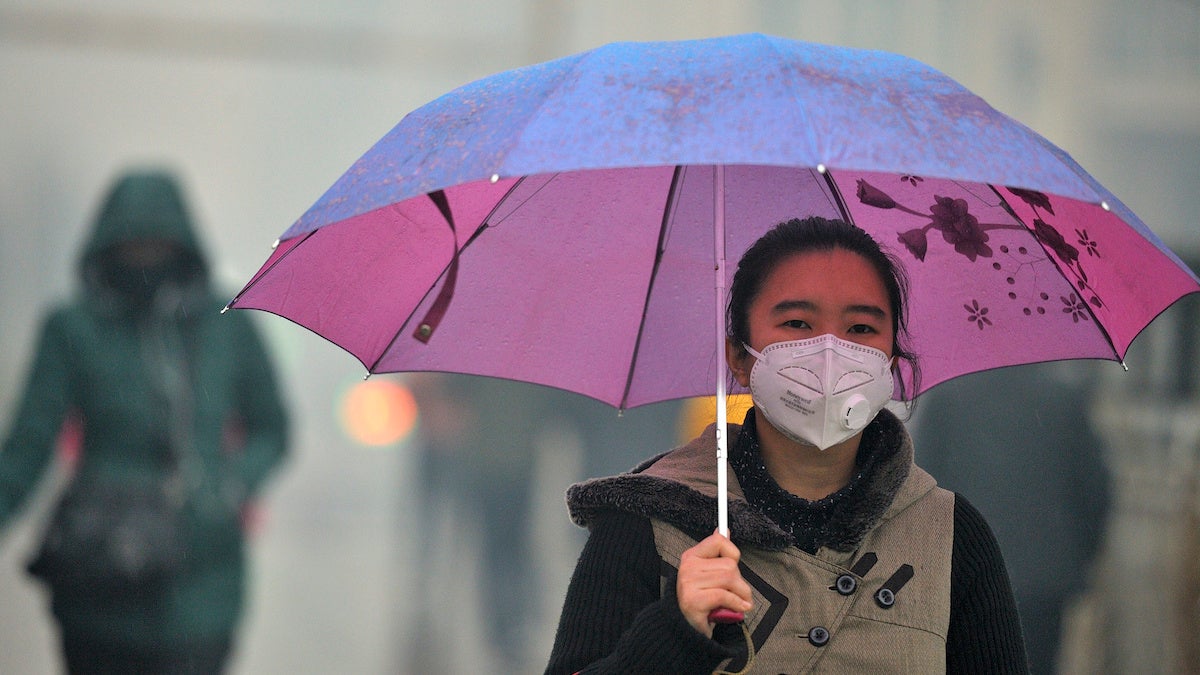 A girl wears a face mask while walking past a building shrouded in severe air pollution on Nov. 7, 2017 in Harbin, China. Tao Zhang / Getty Images

With an unknown lung disease apparently spreading in China, could there be a new outbreak akin to SARS? Not necessarily. Authorities have yet to identify it. And many respiratory illnesses are caused by viruses.

SARS stands for “Severe Acute Respiratory Syndrome.” It is one of the most dangerous, recent diseases, which is often fatal. The first cases were diagnosed in 2002 in China and it spread from there. Experts say that was due in part to the rate of modern tourism and travel in general. More than 8,000 people contracted SARS across 30 countries, and about 1,000 people died. But until that outbreak SARS was an unknown illness. Studies showed that it was a Coronavirus. Researchers think the virus spread from animals to humans.

The Middle East Respiratory Syndrome (MERS) was discovered in 2012. As with SARS, MERS is a type of Coronavirus. A Coronavirus can infect animals and humans. In humans, MERS mainly affects the respiratory system. The initial symptoms are similar to those of influenza — coughing, fever and shortness of breath. Later, patients can develop a lung infection and even kidney failure. But the illness can present itself and develop in different ways, depending on the patient, and can sometimes be fatal, as in 2015 in South Korea and China.

MERS is most common on the Arabian Peninsula, from where it gets its name. Studies suggest that it’s often been spread from camels to humans. There is no vaccine against MERS or any other form of treatment.

Commonly called “bird flu,” avian influenza is caused by the H5N2 virus, but there are variations of it. The “H” stands for hemagglutinin, a protein which helps the virus dock onto cells in a respiratory system. The “N” stands for neuraminidase. The virus needs a form of neuraminidase to reproduce itself and spread in an infected body. Bird flu often spreads in wild geese, but it can also spread on common poultry farms. In those cases, most of the affected birds die from the virus. The infection is caused by a range of viruses, including the influenza A virus.

But all these viruses change and mutate constantly and that makes them even more dangerous.

Legionnaires’ disease is a severe form of lung infection. Symptoms include coughing, shivering, headache and high fever. In very bad cases, it can cause a patient to become confused or disorientated.

It is said the disease is spread via air conditioning systems, which distribute the bacteria. It is not transmitted from human to human.

Legionellosis was first discovered at a meeting of war veterans, the “American Legion,” hence its name. The meeting was held in Philadelphia, where a number of the attendees became sick with an unknown lung illness. Two weeks after the meeting, further cases were diagnosed. In total 221 men were infected and 34 of them died. It was later determined that a bacteria known as legionella pneumophila was found in the air conditioning of a hotel and is said to have caused the outbreak.

But unhygienic water systems, such as showers in bathrooms, can also transmit the disease. Legionnaires’ disease is found around the world. It is especially dangerous for people with weak immune systems. It is treated with antibiotics.