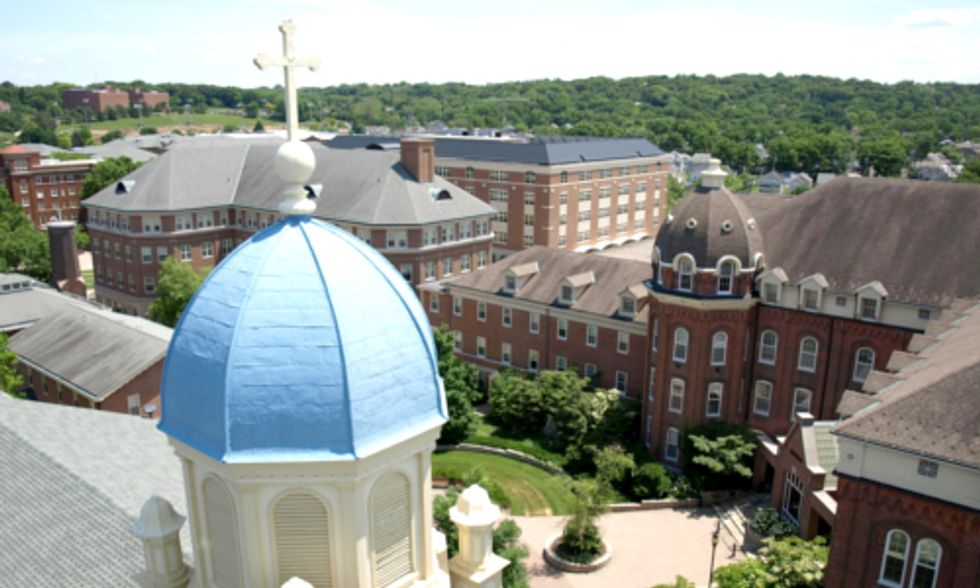 Monday marked a historic day for the University of Dayton and colleges throughout the country.

The University of Dayton announced that it would divest its $670 million investment pool to fossil fuel companies. Monday's announcement made Dayton the first catholic university to make such a decision.

"This action, which is a significant step in a long-term process, is consistent with Catholic social teachings, our Marianist values, and comprehensive campus-wide sustainability initiatives and commitments under the American College and University Presidents' Climate Commitment," University of Dayton President Daniel J. Curran said in a statement. "We cannot ignore the negative consequences of climate change, which disproportionately impact the world's most vulnerable people. Our Marianist values of leadership and service to humanity call upon us to act on these principles and serve as a catalyst for civil discussion and positive change that benefits our planet."

The divestment will take place in phases, beginning with the removal of holdings from its domestic equity accounts. Next, the university will develop plans to eliminate fossil fuels from its international holdings to coincide with investments in green and sustainable technologies or holdings. The university will also  restrict future investments in private equity or hedge funds whose investments support fossil fuel or significant carbon-producing holdings.

Bill McKibben, co-founder of 350.org, is thankful for the timing of the university's announcement, given Pope Francis' recent declaration that “if we destroy creation, creation will destroy us."

“It’s very good news to see Catholic institutions starting to put his wisdom into effective practice, and stand up to the powers that are trying to profit at the expense of all who depend on the proper working of this good earth," McKibben said.

Michael Galligan-Stierle, president of the Association of Catholic Colleges and Universities, was glad Dayton could set an example for other institutions.

“We applaud the University of Dayton for taking this step as perhaps the first U.S. Catholic university to divest from fossil fuels," Galligan-Stierle said in a statement on Common Dreams. "This is a complex issue, but Catholic, higher education was founded to examine culture and find ways to advance the common good. Here is one way to lead as a good steward of God’s creation."

The University of Dayton is the largest private university in Ohio.