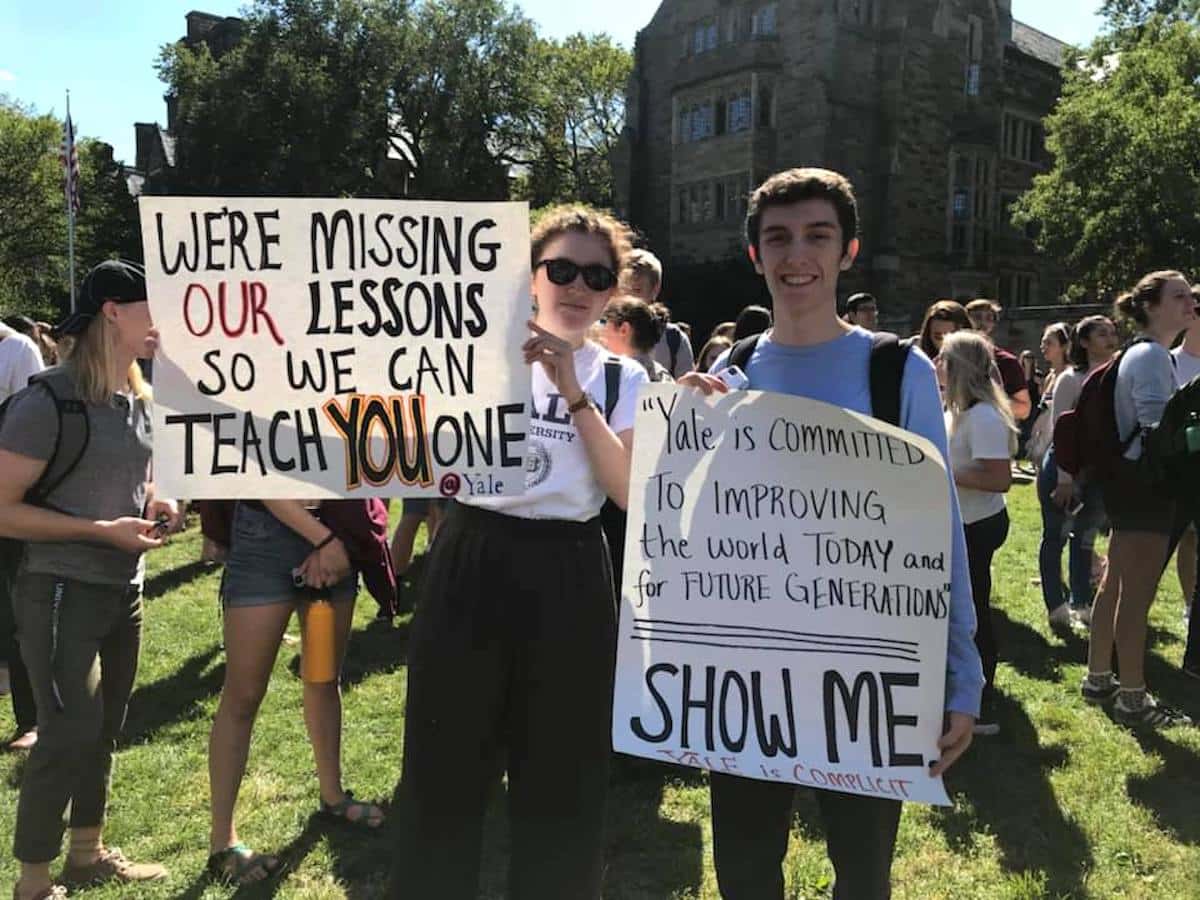 Students at five major U.S. universities have found a new legal argument to get their schools to divest from fossil fuels.

The students from Yale, Princeton, Stanford, Vanderbilt and the Massachusetts Institute of Technology filed legal complaints with their states’ attorneys general Wednesday asking them to investigate whether their schools were breaking the law by continuing to invest in energy sources that contribute to the climate crisis.

“In the face of the overwhelming nature of the climate crisis, we look for levers of power and change to which we have access,” Anna Liebowitz, Princeton ‘09, said in a press release. “Our universities are amongst the world’s wealthiest and most prestigious institutions of higher education, and their investments in the fossil fuel industry — an industry whose actions place the health and future of students and the entire planet at risk — amount to nothing less than complicity in the climate crisis.”

The argument, prepared with the help of lawyers from the Climate Defense Project, revolves around a law known as the Uniform Prudent Management of Institutional Funds Act (UPMIFA). This act mandates that universities consider their “charitable purposes” when making investments. The students argue that investing in oil, gas or coal contributes to the climate crisis and the suffering it causes, therefore conflicting with the universities’ missions. They also contend that it is financially risky to invest in fossil fuels, which have been volatile over the last decade. This risk, they contend, violates the universities’ duty of care.

“The law can be a powerful ally in fighting climate change, but only if people are held accountable for actually following it,” CDP staff attorney Alex Marquardt said in the press release. “Universities have a duty to promote the public interest in exchange for their tax-exempt charitable status, and that duty is incompatible with fossil fuel investments.”

UPMIFA is about a decade old and varies slightly from state to state, The Washington Post explained. CDP co-founder and staff attorney Ted Hamilton said the law was under-inforced, and that he hoped the students’ campaign would change that.

“We are trying to get more of a legal consensus around this idea of fiduciary duties,” Hamilton told The Washington Post, adding, “A public charity can’t only be thinking about profit. They have other obligations. We’re trying to make that a concrete legal fact.”

The new strategy is the latest move in the student movement to push universities to divest from fossil fuels. Harvard University finally agreed to divest last September, but other major institutions are still dragging their feet, motivating the new strategy. Students at schools including Harvard, Cornell University, Johns Hopkins University, Boston College, Marquette University and the University of New Mexico have also filed legal complaints under UPMIFA, the press release said.

“There’s been nine years of fossil fuel divestment organising at Princeton and no commitment or action by Princeton,” Divest Princeton co-coordinator Hannah Reynolds told The Guardian. “We’ve exercised every option, we’ve made every argument that we can, and Princeton hasn’t taken it seriously.”

The new push comes with a campaign backed with more than 10,000 signatures, including endorsements from professors, elected officials, community members, climate scientists, alumni and green groups, the press release said.

The five universities have a combined endowment of more than $155 billion, though The Guardian noted that most of this is not invested in fossil fuels. Still, the students argue that every dollar counts.

“In the past decade, 1,485 institutions have publicly committed to at least some form of fossil fuel divestment, representing an unprecedented $39.2 trillion of assets under management,” Ellie Rabenold, MIT ‘23, said in the press release. “Our peer institutions have taken this step, and it’s time for our universities to join them.”