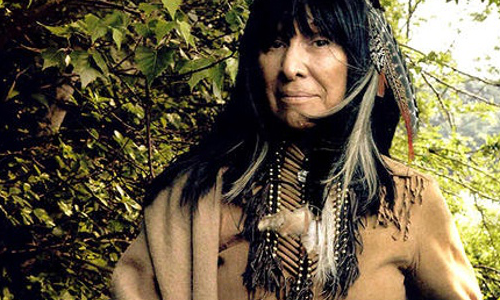 The history of relations between the U.S. and Native American tribal nations is a famously troubled one, involving the government takeover of lands such as the Black Hills of South Dakota. Opening the door to the return of those lands to the Great Sioux Nation is one of the goals of the Unity Concert, taking place at the Elk Creek Lodge and Resort in the Black Hills Sept. 13-14. Cree singer/songwriter Buffy Sainte-Marie will perform during the two-day Unity Concert in the Black Hills.

The event, whose theme is “The Black Hills Are Not For Sale,” will bring together Native American and non-native performers, artists and activists for what promoters describe as “a powerful act of spiritual activism uniting nations to reconnect with the sacredness of nature and honor the Earth so we can sustain our planet for future generations.” On a more pragmatic level, the event is advocating for the return of the guardianship of undeveloped parts of the Black Hills to the Great Sioux Nation.

It will open with a traditional ceremony, with participants making statements of apology, forgiveness and conciliation intended, the promoters say, to unite in the goal of protecting the Earth and promoting a peaceful, shared life for future generations.

“There are a lot of beautiful people in this country, we just need to give them a voice,” says Milo Yellowhair, former vice president of the Oglala Sioux tribe, in a promotional video for the event. “If good people can get mobilized, good things can occur.”

The lengthy roster of performers includes Native American artists from the Lakota, Apache, Cree and Navajo nations, and folk singers long known for their social justice and environmental activism, including Peter Yarrow, Arlo Guthrie and Native American singer/songwriter Buffy Sainte-Marie, who was born on a Cree reserve in Saskatchewan.

The Black Hills of South Dakota are the traditional homelands of the Great Sioux Nation.

The concert is free; the promoters are asking for donations to cover production expenses. They are asking attendees to register so that they can properly prepare  for the size of the crowd. You can do that here. Free camping is available as well as paid camping with electricity and for RVs. There are also motels in nearby Rapid City; you can find a list at their website.